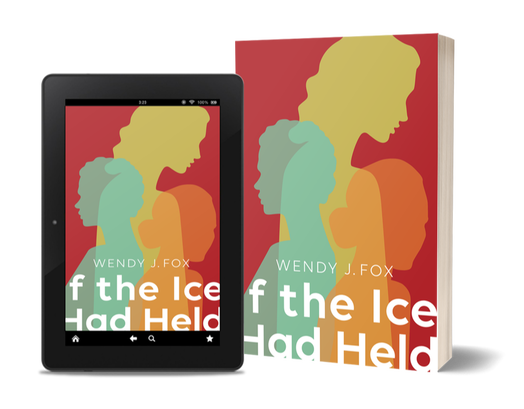 If the Ice Had Held

I had the pleasure of chatting with Wendy J. Fox about her recent novel If the Ice Had Held:

Melanie Henderson's life is a lie. The scandal of her birth and the identity of her true parents is kept from her family's small, conservative Colorado town. Not even she knows the truth: that her birth mother was just 14 and unmarried to her father, a local boy who drowned when he tried to take a shortcut across an icy river. Thirty-five years later, in Denver, Melanie dabbles in affairs with married men while clinging to a corporate job that gives her life order even as her tenuous relationships fall apart. Yet, as a forest fire rages through the Rocky Mountains and a car accident shakes the family, Melanie finds herself at the center of an unraveling tangle of tragedy and heartbreak.

There's a noticeable lack of physical description of your characters in If the Ice Had Held. Readers get small details here and there, but it would be hard to create a sketch of any of them. Why?

Though I am a writer who is very prone to the description of nature or emotions or even what people's homes look like, describing the bodies of my characters is something that has never come naturally to me. It has frankly always felt a little awkward. I want readers to form their own versions of what people look like. As a reader, I've been pulled out of the narrative by too much specific physical detail, when it doesn't match what I've constructed in my head.

Physical descriptions can also be very subjective. For example, in Mary Gaitskill's Two Girls Fat and Thin, the actual number on the scale of the "fat" woman is told. I remember reading it (this book came out in 1998, so formative reading years for me) and thinking that I didn't feel like this character was very heavy at all. What was much more important was how she felt, how she was treated, how she perceived herself. I didn't need her digits to know that. Strike that one sentence, and the book still works just fine.

How do you handle writing about sex in this book?

The evidence of sexual relationships is all around in If the Ice Had Held. The plot centers on the aftermath of the pregnancy of a very young woman. There's also an abortion, a man who gets a secret vasectomy because he is terrified of having more children, and the main character is very sexually active, mostly with married men.

Yet, sex is more inference than in-scene. I didn't feel like I needed to directly write going outside of the boundaries of assumed monogamous relationships, and I didn't feel like I needed to explicitly write the interaction of two teenagers that resulted in the pregnancy. I'm not a prude, but I'm also not interested in being prurient. The point of sex in this novel is in the outcome. The characters' choices push the plot forward. As a writer and person, I'm more interested in how people deal with and process the realities of their actions rather than the actions themselves. Novelists in general perhaps have to care about the "what comes next" part of the stories we are trying to tell, but we also have to make choices about what we choose to show.

You Might Also Like: Burn It Down: Lilly Dancyger And Erin Khar Talk About Women And Anger

Do you consider If the Ice Had Held a feminist novel?

Absolutely, and thank you for asking that. It was something I really wrestled with throughout the book because there are characters whose lives are hinged on the choices of men. However, as I wrote and re-wrote, I realized that the three central female characters were on their own paths to forging their feminist identities. They resist what they can resist, in the ways that know how to do it. So much of what has been pivotal to my own embrace of feminism is acknowledging everyday acts of defiance against patriarchy because it counts, and it adds up. As writers, we want to engender recognition for our readers, and I feel that a feminist perspective ultimately comes through in this book.

What's a piece of writing advice that you've disregarded?

The worst writing advice—and it feels like this is still out there—is to not worry too much about publication because good writing will start to rise to the top and get recognition eventually. However, the writers I know publishing exceptional work are not passively waiting for their pieces to be picked up. They are sending out directly or working with their agents to make sure their essays, stories, books, and passion projects have the eyeballs necessary to get to print. This is a hard, competitive industry. Anyone who tells you differently is lying or very privileged. There are also many excellent writers whose work is not being published, and that's not a commentary on quality. It is a commentary on the industry.

I am reading Jeanette Winterson's newest — Frankisstein — which I am loving. I've been a fan of hers for many years. I don't always get there, but I really do try to read a book a week. Before Frankisstein, I read Test of Faith, a debut from Bonnie Hirst that I liked more than I expected, and before that, the Richard Powers novel The Overstory, which absolutely floored me. 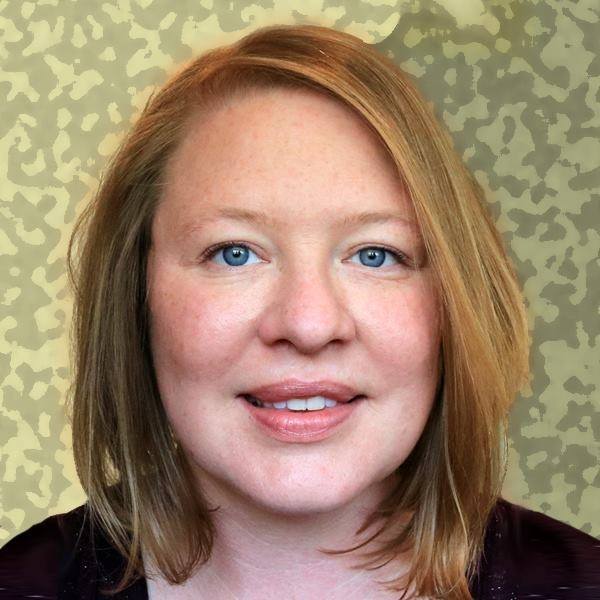 Wendy J. Fox was born in rural Washington state, which has inspired much of her writing on class and the west. Her first book, "The Seven Stages of Anger & Other Stories (Press 53) was finalist for the Colorado Book Award; her debut novel The Pull of It (Underground Voices), was named a top pick by Displaced Nation; her most recent novel If The Ice Had (Santa Fe Writers Project) is a Buzzfeed recommended read and a grand prize winner from Santa Fe Writers Project. She lives in Denver, Colorado.

You can learn more about Wendy on her website.

If you like this article, please share it! Your clicks keep us alive!
Tags
Books
author
authors
Q+A
novel