3 Reasons To Support Obamacare In The Age Of Trump 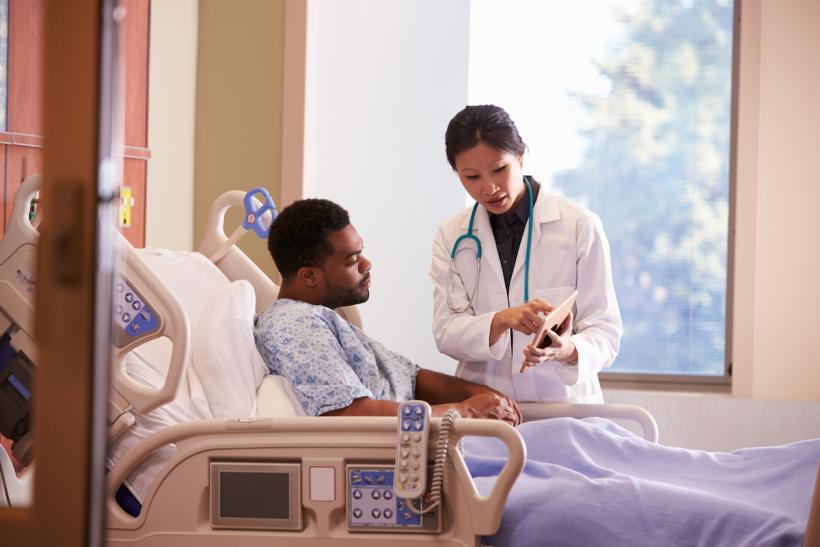 Today, the new President-elect announced that he was tapping Georgia Republican Representative Tom Price as his Secretary of Health and Human Services. An outspoken critic of the Affordable Care Act, the move is seen by many as an indication that the Trump administration intends to get real serious, real fast about repealing and replacing the law known as Obamacare.

Now. I am NOT an outspoken critic of Obamacare. I am, in fact, the exact opposite of an Obamacare critic. I think that the law, while imperfect, made inroads into equalizing access to medical care that were vitally important. I also think that the Obama administration, and Congress, and the states, and the media, and the Department of Health and Human Services, and…well, pretty much everyone involved did a TERRIBLE job of disseminating the most important elements of the law. So please, allow me a moment to explain my three favorite things things about Obamacare:

That's a wonky way of saying I think insurance companies should be required to sell insurance policies to anyone who can pay for one. Prior to Obamacare, insurers could — and often did — reject applicants on the basis of age, gender, or health history. That meant people who couldn't get insurance through their workplace literally could not get insurance. Allowing insurers to start rejecting individuals is a return to an unfair practice that left millions of people vulnerable. Keeping the must-issue mandate is my number one Obamacare priority.

Before Obamacare, most insurance plans had a top dollar figure of what they would pay out for care in a single year. Moreover, they would also have a limit of care they would cover in a lifetime. That meant, for the very ill - such as people with cancer - they could run through their allowance in the first months of the year and be left 100% responsible for their medical bills after that. Want to know why so many people have to file for bankruptcy because of medical expenses? That’s why. Add a few years of that and a person could max out their lifetime coverage and not be able to get care paid for…ever again. I firmly believe that insurance should be insurance for as long as you need it, not until they say you’re done.

Prior to 2010, there was no uniform definition for what a health insurance plan must cover. Every insurer wrote their own plans and there were all kinds of surprises. Some states mandated insurance cover maternity care, other states you had to buy a rider. Some plans cover prescription drugs, others not at all. Obamacare created minimum standards for plans to be considered adequate. You know what you’re getting when you buy insurance. No surprises. That should continue to be standard practice moving forward.

There are other parts of the law that are problematic. There are parts that seemed like good ideas but didn't work out that well. And the whole thing is expensive because - guess what? - medical care is expensive. But I plan to fight like hell to the parts of the law that I think help people stay healthy. I hope others will join me, even if the new Secretary of Health and Human Services won’t.

If you like this article, please share it! Your clicks keep us alive!
Tags
donald trump
Obamacare
Transition 2016
Politics