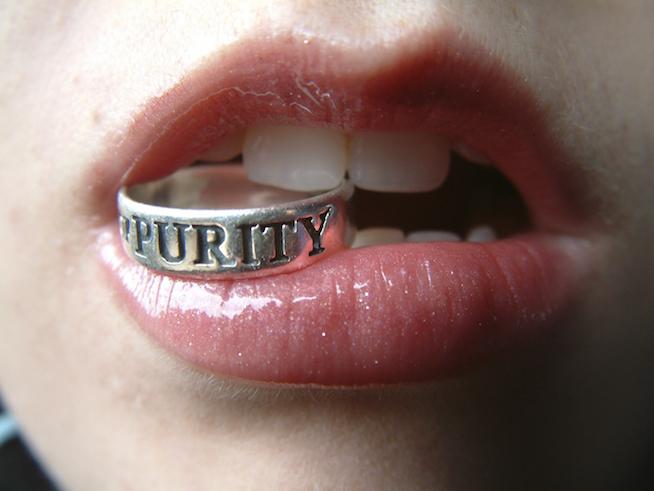 Well, it might be more accurate to say purity rings don't prevent sex. They might, however, be correlated with preventing planning for it, including planning to use birth control.

According to an article in teenVogue, researchers at University of Massachusetts Amherst analyzed data collected from 3,000 adolescent girls of the National Longitudinal Study of Adolescent to Adult Health from 1994 to 1995. What they found was that 30% of girls who took purity pledges experienced pregnancy before marriage. To put that into perspective: only 18% of non-pledgers experienced pregnancy before marriage.

One of the conclusions the sociologists reviewing the date came to is that these girls were suffering from a lack of accurate sexual health information. The report on the study says:

“Because virginity 'pledgers' are more likely to receive cultural messages downplaying the effectiveness of condoms and contraceptives and be exposed to the framing of premarital sexual activity as a form of failure, girls and young women who take abstinence pledges but later break them may be less prepared to manage the risks associated with sexual activity by obtaining condoms and contraceptives themselves, or less apt to initiate conversations about precautions with their partners.”

The sociological term for for this is “cultural lag” or, “the idea that people might reject certain values faster than they update the actions supporting those values.”

I’d hazard that being told that condoms don’t work by adults wishing to scare teens away from having sex isn’t so much a value as a big, fat lie perpetrated by those who wish to control other people’s sexuality — but that’s just me.

The best we can do to counter this sort of thing is to make sure as many people as possible have access to accurate information about sex, STI prevention, and birth control. Let's keep talking about it!

If you like this article, please share it! Your clicks keep us alive!
Tags
purity pledges
purity ring
Sex
sex education
Contraception