Trump STILL Isn't Sure Obama Isn't A Muslim, Gets Told By Hillary Clinton 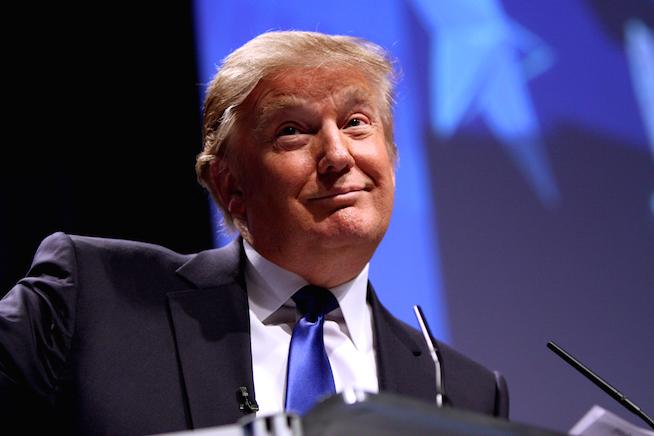 Donald Trump came under fire Thursday night for failing to correct the audience member at a New Hampshire rally who referred to President Obama as a Muslim and questioned his citizenship.

"We have a problem in this country — it's called Muslims. We know our current president is one," the man said. "You know he's not even an American — birth certificate, man...We have training camps growing, where they want to kill us. That's my question. When can we get rid of them?"

While you might expect Trump to blast the questioner's ignorance, considering his penchant for belittling and humiliating people, you would be wrong. Instead, he responded with this non-answer: "We're going to be looking at a lot of different things. You know, a lot of people are saying that, and a lot of people are saying that bad things are happening out there. We're going to look at that and plenty of other things."

While that response SHOULD be shocking from a presidential candidate, or basically anyone with a brain, Trump has been one of the loudest voices accusing Obama of being a Muslim and questioning his citizenship for years. As absurd as it seems, the audience member was mimicking Trump's own bizarre and baseless allegations against Obama –– which aren't altogether that surprising from a man who has expressed racist views about almost every possible ethnic group and will likely hit them all by the time the election rolls around next fall.

Go get him, Hill.

If you like this article, please share it! Your clicks keep us alive!
Tags
donald trump
Hillary Clinton