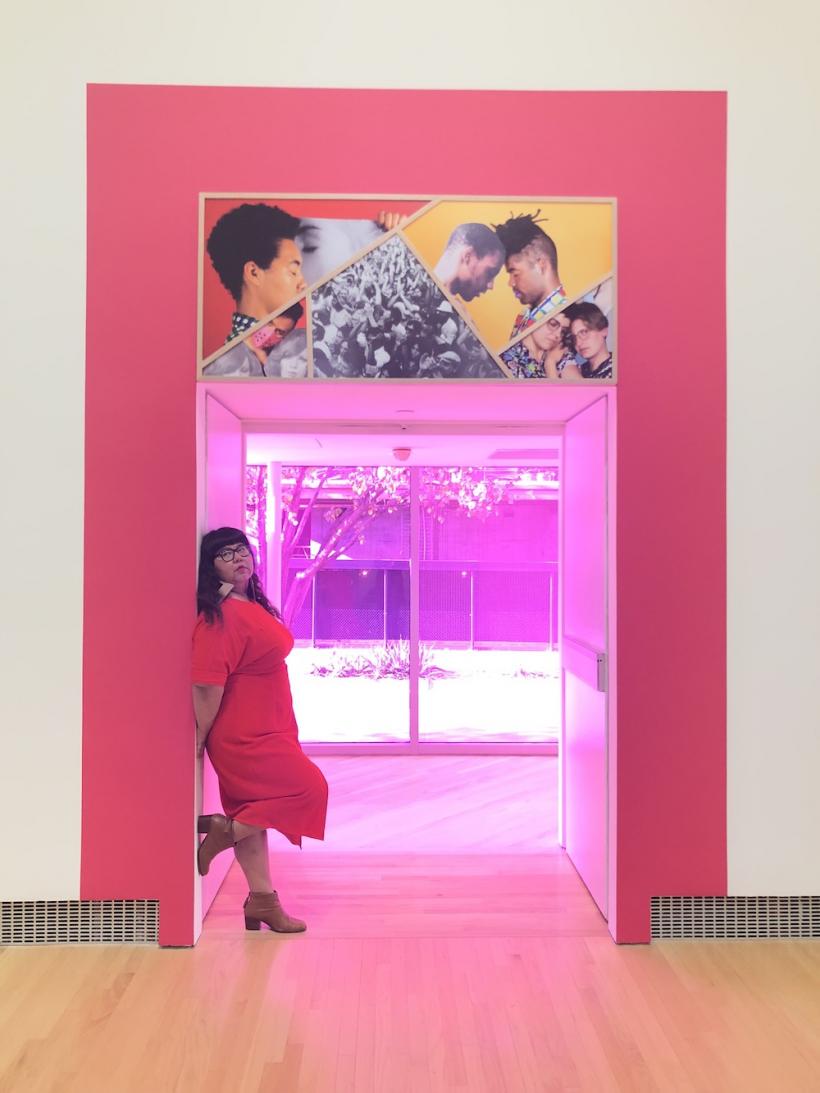 Over the past several years I have spent so much time arguing with other fat people about what fat liberation or fat positivity is or isn’t. I have spent so much time being so very confused about why yelling at other people on the internet had not gotten me the results I’d hoped for, i.e., every fat person in the world rising up, recognizing their bodies are precious and perfect, and becoming unflinchingly hardcore fat feminist soldiers for body liberation.

I decided that — maybe — I needed a new approach.

My goals were (1) to become less of a screamy jerk baby toward fat people who deal with fat oppression differently than I do, while (2) still being very clear about my boundaries, desires, vision, and intention to honor the principles of fat activism I learned from other radical fat people.

It turns out these are ambitious goals! If you too are grappling with this, maybe you can benefit from reading about the following 5 realizations:

I decided to start with my own political position. My political background is in feminism, anti-racism and fat liberation. My political ideology is mostly anti-assimilationist. When it comes to the issue of fatness, I want fat people to be free from external and internal fatphobia. I want us to love and date and have sex with other fat people. I want us to build radical futures together. I want us to be hanging out in muumuus, drinking pina coladas, petting chihuahuas, buying old Victorians and turning them into gaudy palaces where we make strange art, teach each other how to make tinctures, journal and cry every night in our hot tub. I literally can’t imagine why anyone wouldn’t want that life, but the truth is - many, many don’t.

2.  Fat People Are In Survival Mode

I then moved onto a very basic reality: fatphobia is unjust, fat people are oppressed, fat people are being forced every, single day to navigate fatphobia while attempting to keep their dignity, heart, and spirit intact. People experiencing oppression are forced to make decisions from a place of self-preservation. Self-preservation looks different to different people.

3. It’s Important To Me That Fat People Are Honest If They Are Engaging In Fat-Negative Methods

Fat-affirmative or fat-positive methods include things like moving toward weight-neutrality, getting rid of size-based bigotry, dismantling the diet industry, ending weight-based notions of health or worth, and reclaiming movement for the sake of pleasure.

Fat-negativity looks like insisting that fatness is a sign of mental or physical illness, insisting that thin bodies are superior, participating in diet culture, and perpetuating weight-based notions of health or worth. An easy test for whether something is fat-positive or fat-negative would be to ask, “If every person did this or thought this, would this end fatphobia or end fat people?” If the answer is the latter, then in my world that means it’s fat-negative. When determining whether something is fat-negative or fat-positive, it is irrelevant why someone participates in one or the other.

When someone does something fat-negative and insists it’s fat-positive, that is dishonest and erodes the integrity of fat politics. If they insist on being dishonest regardless of how it harms me that is a boundary violation and may veer into gaslighting. I cannot abide gaslighting, and I have the right to take care of myself if I suspect that someone is gaslighting me or violating my boundaries.

Some fat people are going to participate in fat-negative methods of survival at least some of the time. I understand that. We are all very complex beings. Even the most radical fat activist on planet earth is sometimes going to engage in fat-negative thoughts or behaviors because we live in a culture where the default is fatphobia! But if overall I’m engaging with someone who primarily relies upon fat negative actions and language, I have decided to empower myself to listen to my body around what I feel is happening and make the choices I need to make in that moment. “Does being around this person’s views do justice to the political movement I am a part of?” If the answer is no, then I give myself permission to step away. Likewise I might ask myself, “Does it feel like I’m being confused or harmed by being around this person?” If the answer is yes, I give myself permission to attempt to set boundaries and ask for accountability. If I don’t get that on a timeline that feels good to me then I step away. I can always return later.

4. I Have To Trust Other Marginalized People To Be The Best Author Of Their Own Lives

I’ve come to realize that each fat person’s relationship to fatphobia depends on grounded realities, like access to a political education (which are sometimes class-specific or geographically-specific; for instance, I’ve gotten all of my political education from either academia  or political communities in the Bay Area), how much they feel they benefit from the status quo based on how much privilege they have, or how much they feel they can afford to stand out if they depend on money or safety from someone or something that is invested in maintaining the stigma. Each person’s relationship to their method also depends on other less tangible and quantifiable things, like how their brains and bodies deal with the pain of discrimination.

When we recognize that weight stigma is a form of injustice that fat people can’t control, we are left with the uncomfortable truth that each of us is compelled to do what feels right and legitimate in order to deal with an uncontrollable and painful reality. I believe every fat person deserves to have access to liberatory politics, but it is not possible and not ok to attempt to force every fat person to adopt and enact those liberatory politics.

Even though we are in the age of consciousness around fatphobia and fat liberation, fat people interact differently with the realities of weight stigma. Some fat people become fat activists, some fat people diet, some fat people commit themselves to deprogramming self-hatred, some fat people assimilate into thincentric expectations, etc.. If we look deeper we usually come to the conclusion that each of these methods — no matter how fraught they may feel to us or them — makes sense within the overall schema of that fat individual’s life. We will also usually come to the conclusion that their relationship to that method feels right (even if it doesn’t feel good) to them in a deep way.

5. But It’s Totally OK To Have Boundaries

Thankfully fat liberation has already been defined by fat activists, like the Fat Underground who wrote the Fat Liberation Manifesto in 1973 and Charlotte Cooper who wrote Fat Activism: A Radical Social Movement in 2016. Once a fat person has been introduced to these concepts and has shown me through words or behavior that they have no desire to respect them, I have decided to stop allocating energy and time to arguing with them about it because it is almost always utterly ineffective. Instead I’ve adopted the following tools:

As thought-intensive as all of this has been, writing these things out have led to healing. I’m always both a human person — who needs boundaries, limits and care — and a political activist — who seeks to achieve enormous cultural change. This is not an easy task, and I know that what I’ve presented here is nowhere near complete or perfect. I hope that it moves conversation forward, though.

Honestly, I think fat liberation is the best thing ever, the only method that works, the top shelf wine (so to speak). But I’ve seen in my own life that things are complicated.

Wanting isn’t the same as doing.

Thinking isn’t the same as feeling.

It’s painful to see people like you suffering, and feeling so clearly that you have the solution. But, honestly, it’s my job to resolve that pain inside me — and it’s also my deepest truth and deepest calling to continue to dream the dream of a future where there are a thousand fatty palaces and we are all free.

If you like this article, please share it! Your clicks keep us alive!
Tags
take the cake
Virgie Tovar
fat positive
Body Positive
body image
oppression