Take The Cake: F*ck Acceptance. Give Me Change 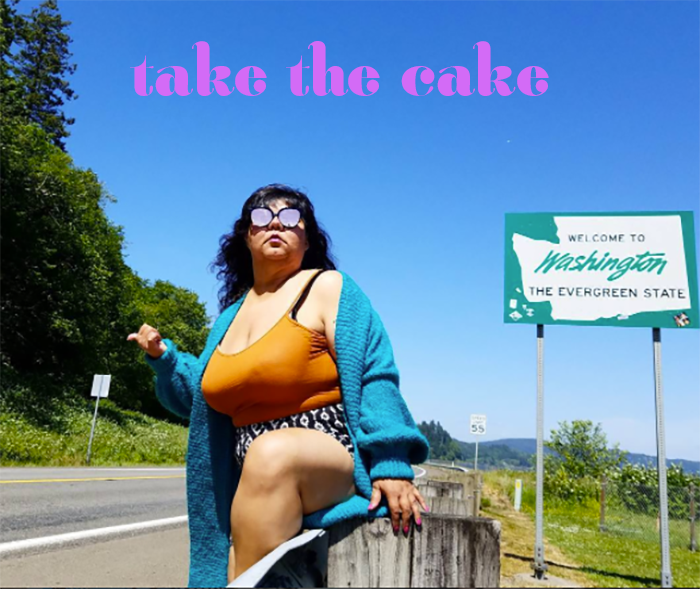 There is room for all of us to have full humanity. We shouldn’t settle for less.

A couple of months ago, I walked past my favorite bakery in the Richmond district of San Francisco. Everything they make has so much butter in it (I took a friend in there once and he said he didn’t even need to use chapstick for the rest of the day after eating one their pastries), and also I am pretty sure it’s run by witches. They had closed for the day and in the window there was a sign that said (paraphrasing): “We don’t want a slice of the existing pie. We want a whole new pie.” I was very bummed that I wasn’t going to get a tiny, luscious berry crumble, but I was so glad that they had put out incendiary material about feminist revolution sweetly enveloped in a pie metaphor for the whole world to see.

It’s really hard to bake a new pie when patriarchy keeps stealing all your ingredients and/or eating all your pie and then telling you it was his pie all along and you just hysteria’d your way into believing you baked it.

And this brings me to the limitations of “acceptance,” i.e., the aforementioned “existing pie.” Acceptance is about absorption into the very culture that has traumatized and ostracized many of us, including myself and most of the people I love. Why would I want a slice of the pie that’s been poisoning me and my friends?

There’s nothing that upsets me more than when people look at the work I do and presume that I am doing all of it because I want acceptance. Acceptance is like looking at our culture — built on violence, the fear that drives consumerism, and hierarchy — and saying, “You know, just a couple edits here and there and we should be just fine.“

I don’t want acceptance. I want bigots to shut up and stop hurting people. I want the cultural forces that isolate and stigmatize people to cease. I want to be able to choose the life I want on my terms without fear of retaliation from mainstreamers.

The culture has done an amazing job of making it seem like we only have two choices — success (assimilation) or failure. Failure is constructed as the space that’s left behind by successful people. Not being a part of the mainstream is always, always constructed as a failure, even though many of the people who are there are choosing to be there.

That choosing aspect is erased in order to maintain the fantasy of superiority.

For example, in the conversation around body size, fatness is always constructed as the space left behind by thinness or thin people. In this reductive binary, fatness can never be a stand-alone existence that requires no substantiation. In this paradigm, fatness can never be a choice, a preferred state, a manifestation of wholeness and desire. Fatness is always what resides in the negative space.

Jack Halberstam talks a lot about this in the book The Queer Art of Failure.

In short, I don’t want to move the line of the socially acceptable body by 50 or 100 or 150 pounds. I want to get rid of the line altogether because the line hurts everyone — even the people who are seen as the “winners.”

There is room for all of us to have full humanity. We shouldn’t settle for less. Yes, I know our culture spends almost all of its resources telling us over and over again that we must compete in an increasingly dehumanizing, ever-shifting race. But the game is rigged. The terms change all the time. And the finish line is never where you remember it being.

I’m a fulltime resident of Feminist Fatlandia, and it’s fucking beautiful here. It’s magical, it reminds me every day what life can be, what intimacy can look like, what freedom can feel like. There’s nothing about this space that feels like failure.

The only negative thing I feel is the stifling sense that people in the mainstream are so committed to dehumanizing me and the people I share my life with.

The problem is the people who are obsessed with eating that same old pie.

So, let me bake my own damn pie on my own terms. Rather than presuming that I’m living my life wishing I could wear Eddie Bauer and be an amazing reproductive heterosexual, open up to the possibility that there’s something beyond homogeneity and beyond the success/failure binary — a new delicious place waiting to be explored and shared.

If you like this article, please share it! Your clicks keep us alive!
Tags
Virgie Tovar
fat positive
fatphobia
take the cake
patriarchy
society
hierarchy