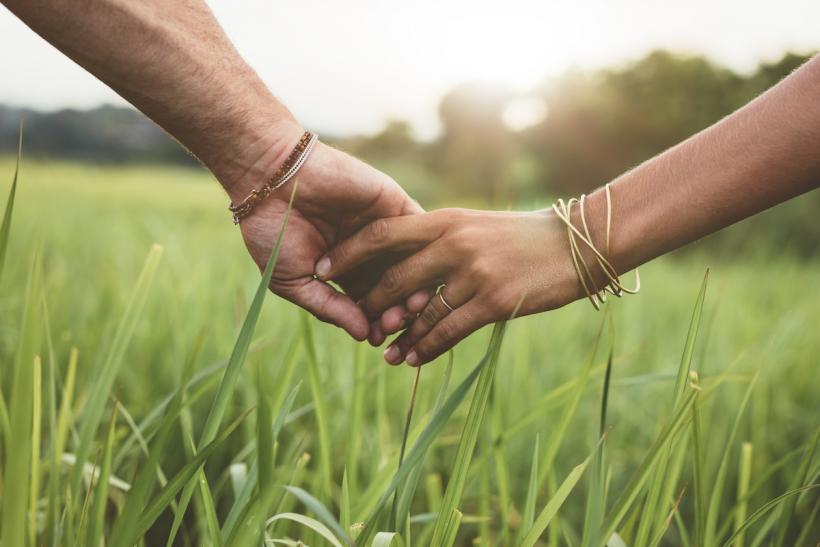 Thanks to Donald Trump, our marriage approval rating has hit an all-time high.

Thank you, Donald Trump, for making my marriage great again.

After seven years of juggling the day-to-day responsibilities that come with raising a blended family, my husband and I had been running on autopilot.

That is, until last fall, when we began discussing who we would vote for in the presidential election. My husband and I are both independent voters; we forgo party affiliations and back whichever candidate best aligns with our interests and values.

I remember waking up on the morning of November 9th and checking my phone to see the final election results. Surely this was a joke, right? There’s no way that my fellow citizens could have let this happen.

But they did. To be clear, it was the antiquated electoral college that voted you in and not the popular vote. My husband and I were shocked.

We talked about what sexist behavior looks like and sounds like. We talked about “locker room talk,” which many men have defended as normal. It’s not normal to us, especially when we witness a world leader engaging in this behavior. Thank you, Donald Trump, for bringing this topic to us, for when I was discussing it with my husband, I heard the disgust in his voice and felt his outrage, and his passionate response stirred something inside of me.

Now here’s a good man, an honorable husband, and a devoted father of three daughters, standing before me, fueled by his conviction that women are to be respected and treated as equals. What kind of man encourages women rather than disparages them? A strong man, a secure man. There’s something extremely attractive about a man like that.

That was the first of many deep discussions that we’ve had, thanks to you. Once you took office in January and began signing executive order after executive order, our marital communication flowed continuously. The topics we talked about were big. Huge. No longer were we content with running through our daily checklists to see which kid had to be picked up from which activity and when; no, we wanted to dig deep and philosophize over the meaning of your actions.

You became the main topic of our conversations. I’m sure it satisfies you to know that.

But I’m not telling this to flatter you. Your actions have not been positive, but they have been loud.

Between prejudice, fear mongering, and lack of respect for the environment, you’ve gotten our attention. The values that you are choosing to represent as those of the American people are fundamentally discordant with our own.

We do our best to live our lives each day according to the Golden Rule, a fundamental principle of Christianity. You, Donald Trump, claim to be a Christian, and I thank you for that. I keep this in mind when I hear about decisions you’ve made when you’ve treated others the exact opposite way in which you would want — and expect — to be treated. This dissonance between your religious beliefs and your political actions has caused me to question what being a Christian in America implies.

I live in the Bible Belt, where you either go to church or you’re considered Satan’s spawn. I was born in Chicago and raised a Catholic before moving to this area as an adult. I no longer practice that religion, although I do believe in God (which seems to marginally convince the locals that I’m not a bad person). But my husband is an atheist. By American Christian standards, he’s a heathen who’s going straight to hell.

But looking past the atheist label, you’ll discover that he’s driven by logic, not faith. He doesn’t wear Christian dogma as armor to prove that he’s a good person. He just is. There’s no pretense.

Mr. Trump, why have you, a Christian, banned refugees from entering this country? It doesn’t make sense. Pope Francis has voiced his disapproval of your display of hypocrisy, and even my openly atheist husband can’t understand it.

Yet it continues to be a topic of conversation at our house. With each point made, my husband reveals more of himself to me. There’s kindness, compassion, and goodness in him, qualities that I knew existed in him before, but have never been revealed to me to this degree.

There’s something extremely attractive about a man like that.

The country needs more men like my husband, especially in Washington, D.C.

So, thank you, Donald Trump, for creating the chaotic environment that caused my husband and I to talk — really talk — about important issues. Through our conversations, we’ve become philosophical soulmates, bringing us closer together than we’ve ever been.

Our marriage approval rating has hit an all-time high.

If you like this article, please share it! Your clicks keep us alive!
Tags
donald trump
marriage
2016 Presidential Election
election 2016