Trump & North Korea: In The Words Of Danny Glover, 'I'm Too Old For This Sh*t' 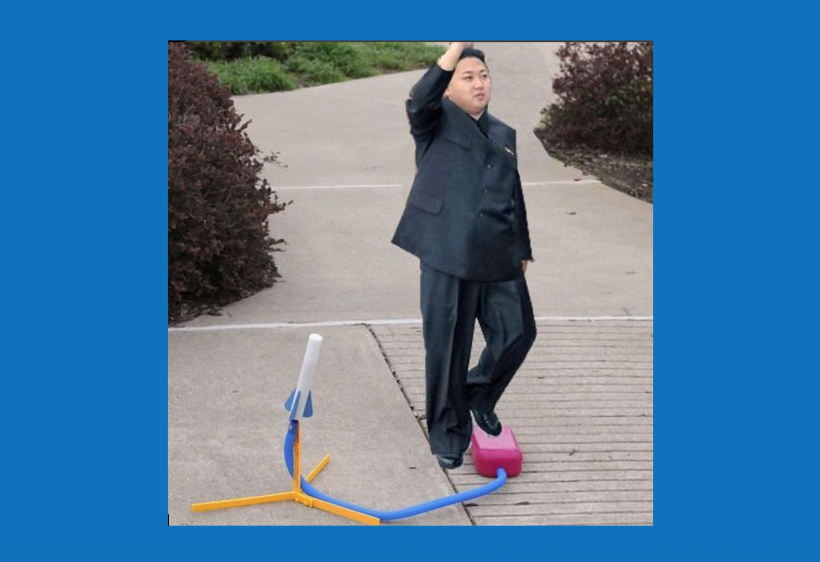 I'm not sure at what point I turned into the Danny Glover character from the Lethal Weapon movies but lately, every headline I see has me muttering "I'm too old for this shit."

You see, I'm "I remember the Cold War" years old and I still know all the (lugubrious) lyrics to "The Russians" by Sting. The Cuban Missile Crisis was before my time but not by much.

In other words, I have zero interest in reliving the years of mutually assured destruction that characterized U.S.-Russian relations during my childhood. And I definitely don't want to do it with North Korea, whose leader — Kim Jong Un — is far less level-headed than Mikhail Gorbachev.

And I sure as hell don't want to do it with Donald Trump, who was a pop culture punchline in those years and should have remained one for the rest of his foolish, uninformed, grandiose life.

And yet here we are, with North Korea flexing their nuclear capabilities at every turn. A warhead photographed here. A missile test there.

The UN Security Council is instituting more sanctions on the rogue nation to try and get them to stop already. Mr. Trump, however, can't let the quiet process of diplomacy move ahead prudently. No, he has to run in front of some cameras and threaten North Korea with "fire and fury."

And he does it without warning his staff that he's going to say that stuff.

I am at the point where I would like to see a literal cage match between the two leaders. It would be safer all around for them to fight one another and leave the rest of us out of this. We wouldn't even have to let them out of the cage at the end. Just arrange for meal service and some clean towels. Maybe WiFi and Netflix. Problem solved.

Secretary of State Tillerson assures us that the real situation hasn't changed much in the past several days — it's just a war of words we're facing.

I hope like hell he's right. Because nukes are not jokes and Trump is no Reagan.

If you like this article, please share it! Your clicks keep us alive!
Tags
North Korean
Kim Jong Un
donald trump
nuclear