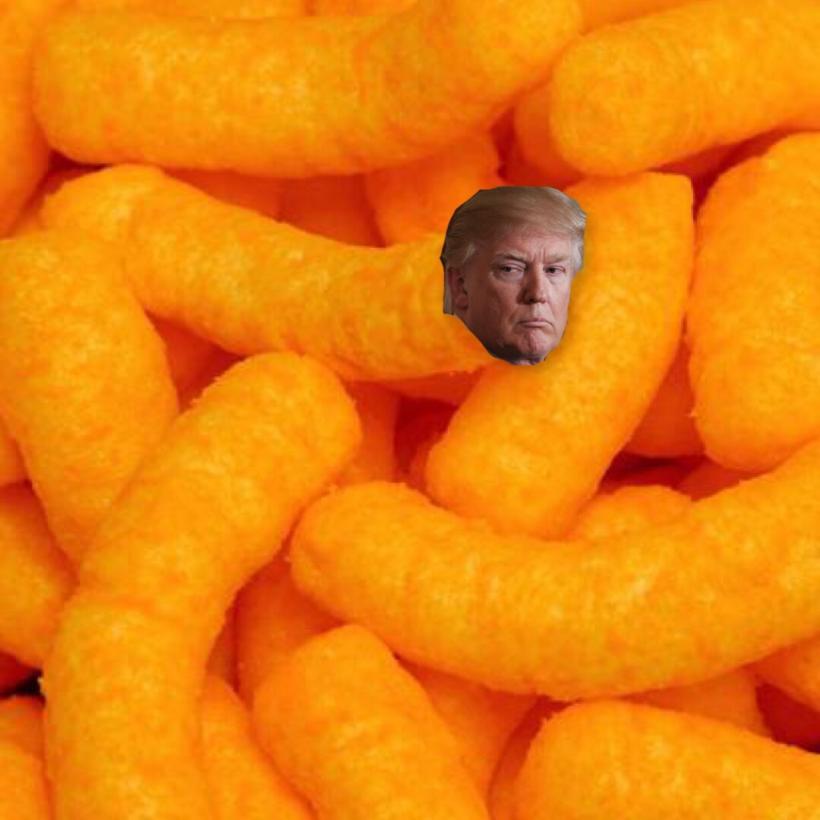 October is nearly over and with it the ninth month of the Trump administration. October also marked the sad end to the 83 consecutive months of jobs growth that were the hallmark of the Obama economy. Thanks for the memories, Obama! Thanks for nothing, Trump!

Oh wait. I’m being told that the reduction in hiring was due to the hurricanes in Florida and Texas in September. Economists are saying that so I’ll give them the benefit of the doubt. So be mad at hurricanes.

Now, I’m told that I can resume being mad at Trump because of the completely jacked up way he’s managing the recovery efforts from the additional hurricanes in Puerto Rico and The U.S. Virgin Islands.

As we all know, hurricanes battered the US territories in the Caribbean and left them in dire straights. Electricity and running water are available in only limited areas. Relief workers are dealing with providing the most basic necessities — like medicine for sick people and potable water — and the latest predictions are that power may not be restored until December. Local leaders like San Juan mayor Carmen Yulin Cruz criticized the federal response, saying it has been inadequate and slow and more needs to be done.

And what did Trump do in response? He insulted the Mayor, calling her a failed leader and suggesting she actually loves him but nefarious forces in the Democratic party are puppet masters forcing her to “be nasty to Trump." Yes, he actually tweeted about himself in the third person.

He followed that up with a visit to Puerto Rico, where he showed up long enough to throw some rolls of paper towels at people, give a speech, then fly home to play more golf.

I wish I was joking but I’m not.

Since the President has now amply demonstrated that he’s bad at the parts of leadership that deal with aid and comfort to his fellow citizens, perhaps we could turn to him for preserving the safety of the nation through military might. He and his much-touted generals should be good at that, right?

We learned this month that several US military personnel died in an ambush during an operation in Niger. It is unclear what troops are doing in Niger, what the mission was, and how it went so very wrong. We’ve been told that actually we’ve had a military presence in Niger for quite some time and it’s all part of the global war on terrorism.

Anyway, when questioned about the purpose of the mission and how he’s responding to the loss of life, Trump skewered his predecessors for not calling the families of dead soldiers. Which a) didn’t answer the question and b) isn’t true.

We still don’t have a good explanation for the incident in Niger but Trump did step up and make a couple of calls to the families of the fallen.

He probably shouldn’t have bothered, because, as we have already established, he’s really bad at the whole aid and comfort thing.  To wit, he told the widow of a soldier who died on his command that “he knew what he signed up for”.

I think that’s the military death version of “she was wearing a short skirt so she was asking for it.”

The reason we know all this is because a family friend was present for the call, which was on speakerphone. The family friend also happens to be a Member of Congress. Representative Frederica Wilson of Florida, to be exact, and she thinks the president was rude and called him out on it.

As is often the case when someone rightly takes Trump to task (see also the mayor of San Juan), he lashed at out the person. He’s spent about a week making fun of Rep. Wilson. Not because she got the story wrong or anything. Because she wears hats.

That’s his beef. She wears a hat. And she was right while he was wrong.

The young widow has reported that she was hurt that the President never used her late husband’s name during their call. Trump disputed this on Twitter, in effect saying a grieving pregnant war widow is lying.

Again, I am not joking. Everything I am saying is real life.

I tell these stories in tandem because there is a commonality to them. What could that be? I’m so glad you asked. The three people Trump has lambasted repeatedly and publicly are all women of color. Two of them — the mayor and the widow — are women in dire situations and asked for nothing more that help or condolence in their times of need. Trump took that as an opportunity to abuse them on Twitter, despite that fact that he is the one who is CLEARLY AND OBVIOUSLY in the wrong.

The President of the United States is preying on the feelings and reputation of blameless people because they did nothing more than point out his errors. He cannot tolerate criticism and he REALLY can’t tolerate it from people he thinks are his inferiors. And if you think Trump doesn’t think he’s superior to women and people of color, I have some tropical beachfront property in Saskatchewan to sell you.

Trump probably wants all of us to think he’s a big man who will slap down anyone who dares to cross him. Maybe that’s worked for him in the past. But you know what? There are more of us than there are of him. We’re his boss, not the other way around.

Resistance bothers him the most. We have the power to resist. Let’s never stop using it.