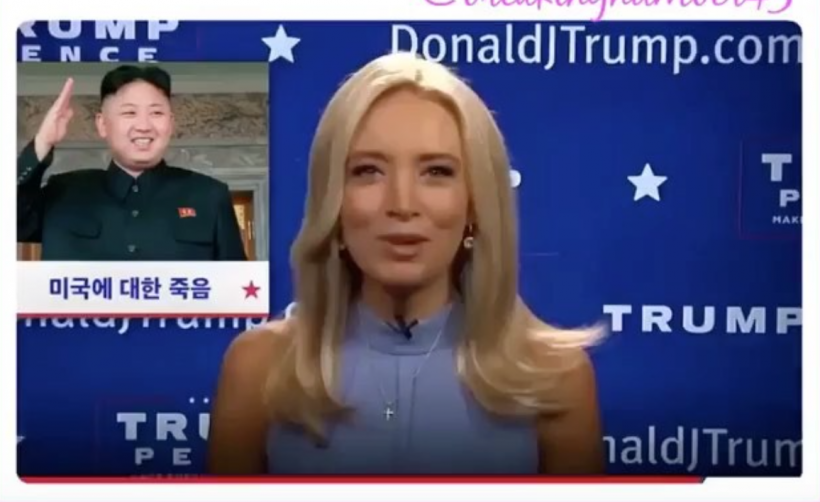 I don't know if Trump TV will catch on but if it does, I have a weird feeling at least one member of the Palin family could make an appearance there. (Image Credit: Instagram/@dayofdistress)

Summer reruns got you down? Is your favorite reality show on hiatus? Are you not a Game of Thrones viewer? Does TV seem like a desolate wasteland of syndicated sitcoms?

Well, have I got a viewing opportunity for you!

This week, the golfer in chief launched TrumpTV, a series of Facebook live updates detailing the great state of the universe according to Donald Trump.

Allegedly, this is the "real news," not all that fake news being generated by the legitimate news media. You can tell the difference because the "fake news" makes Trump so mad he has to tweet. But TrumpTV makes him happy. Because praise.

Broadcasting from Trump Tower — to make it seem less like the White House is generating state-sponsored propaganda, I guess — a couple of different blonde women have taken to the airwaves to read a litany of positive talking points.

I'm told that one of the blonde women is Trump's daughter-in-law. The other used to work at CNN.

I watched one of the videos and was treated to some soundbites about the jobs report. It was a good jobs report and reminded me of 90 or so other jobs reports under President Obama. I wonder why Obama never hired blonde people to go on social media and talk about those jobs reports?

Oh, right. Because he didn't feel the need to start his own disinformation entity to disseminate news. He let his accomplishments speak for themselves.

Also, there were never rumors about Obama starting his own news network if the whole presidenting thing didn't work out.

I don't know if Trump TV will catch on but if it does, I have a weird feeling at least one member of the Palin family could make an appearance there. That seems like their kind of gig.

If you like this article, please share it! Your clicks keep us alive!
Tags
TrumpTV
Kayleigh McEnany
donald trump
Politics
propaganda