What I Didn't Eat In Paris:Traveling With An Eating Disorder 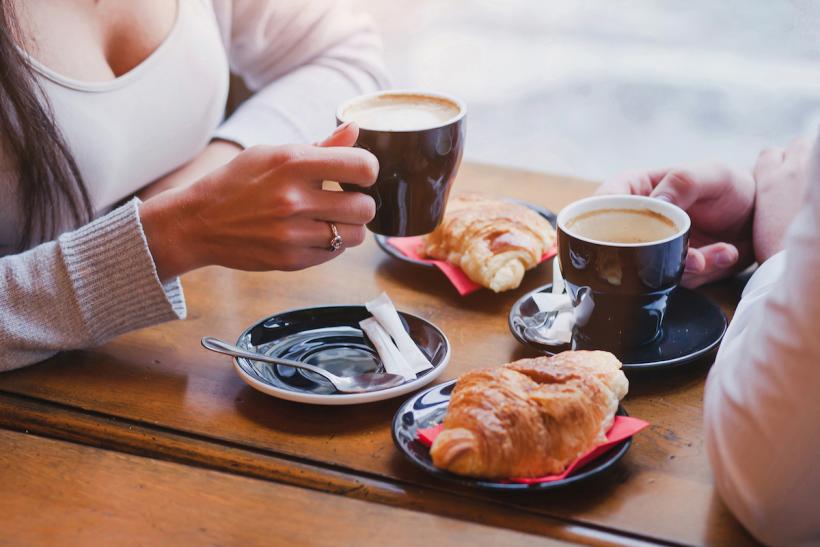 Anxiety and disordered eating will always be there, looming in the back of my mind, ready to appear at any time.

Most people plan for a lifetime for a trip to Paris. It’s earned a place on just about every bucket list. The baguettes, the cheeses, the crepes. All are a part of the city of light and love’s appeal. All I recall eating there, however, was a hot dog, probably the least French dish I could find. Instead of falling in love with the culinary paradise, I was stuck in a cycle of disordered eating and dealing with it thousands of miles away from home.

My eating habits had changed between the end of 8th grade and the start of high school, when my life was changing at a rapid pace. I couldn’t figure out how to deal with it on my own, so I fell into a pattern of not eating or stressing myself into being sick. It was during this time, in the summer of 2002, that my family and my best friend’s family went on a trip to Paris. It was my first trip overseas, apart from a cruise to Mexico. Everything was unfamiliar: the signs, the language, the food.

I spent my first few days in Paris in a darkened hotel room in Quartier Latin watching dubbed MTV shows.

My father stayed with me, missing out on the trip too. My sister and friends went for crepes in Montmartre while I forced down a vile green liquid medicine that my friend’s mom, also my doctor, found at the local pharmacy. At that point, I had no diagnosis but was told it could be acid reflux or anxiety, which proved to be one of the answers.

"Anxiety and disordered eating will always be there, looming in the back of my mind, ready to appear at any time."

After a few days of hardly doing anything, I tried to rally. After all, this was Paris. I hadn’t come all this way to only see the inside of a hotel room. I spent a miserable day wandering around the rooms of Versailles. But I was slowly starting to get used to the city. As a large group of Americans who didn’t speak a word of French, we made up nicknames for each of the Metro stations. I picked at baguettes, eating just enough to get by. I visited the Louvre and fell in love with art for the first time. My sisters and I bought matching berets, not caring how ridiculous we looked.

Back home, my issues got worse before they got better, but slowly started to dissipate when school started. It’s been well over a decade since that trip and it changed my life in ways I couldn’t have expected.

It took me many years to see that time for what it was: an eating disorder.

I’d always thought there were only two kinds, anorexia and bulimia, from what I’d heard in health class or seen on television. My situation didn’t look like what I’d seen on Degrassi. I didn’t know that, like many disorders, there’s a broad spectrum.

I didn’t stop eating or make myself throw up because I thought I was fat, so I told myself it wasn’t that. But I’m one of a large group of people who use food in their coping skills by either bingeing or avoiding it. According to a story by Psychology Today, “Research suggests that up to 50% of the population demonstrate problematic or disordered relationships with food, body, and exercise.”

Since then, I’ve been triggered a dozen times. Two years later in London, I spent the first day again not leaving my room. When I was 18 in Amsterdam, I had to awkwardly explain to my travel companions why I got sick at the pub table after eating only a plate of fries. When I was 22 in Croatia, my diet consisted mostly of paprika-flavored Pringles and Coca Cola. Even in Australia, at age 23, I struggled to keep my issues at bay as I moved to the other side of the world.

But travel is also what has helped me conquer disordered eating.

I’ve come to recognize the warning signs. I give myself buffer time to adjust. I look up foreign words for foods and come up with at least one dish I could eat. I spent three months traveling around Southeast Asia, saying yes to just about every kind of food. I now get excited about traveling and trying new dishes, where it used to terrify me.

Anxiety and disordered eating will always be there, looming in the back of my mind, ready to appear at any time. But for its role in helping me identify a problem, I’ll at least always have Paris.

What I Didn't Eat In Paris:Traveling With An Eating Disorder
Caroline Eubanks

Failure And Body Shame On A Guatemalan Volcano
Caroline Eubanks