What Do Mothers Around The Globe Know About Breastfeeding, That American Moms Don’t? 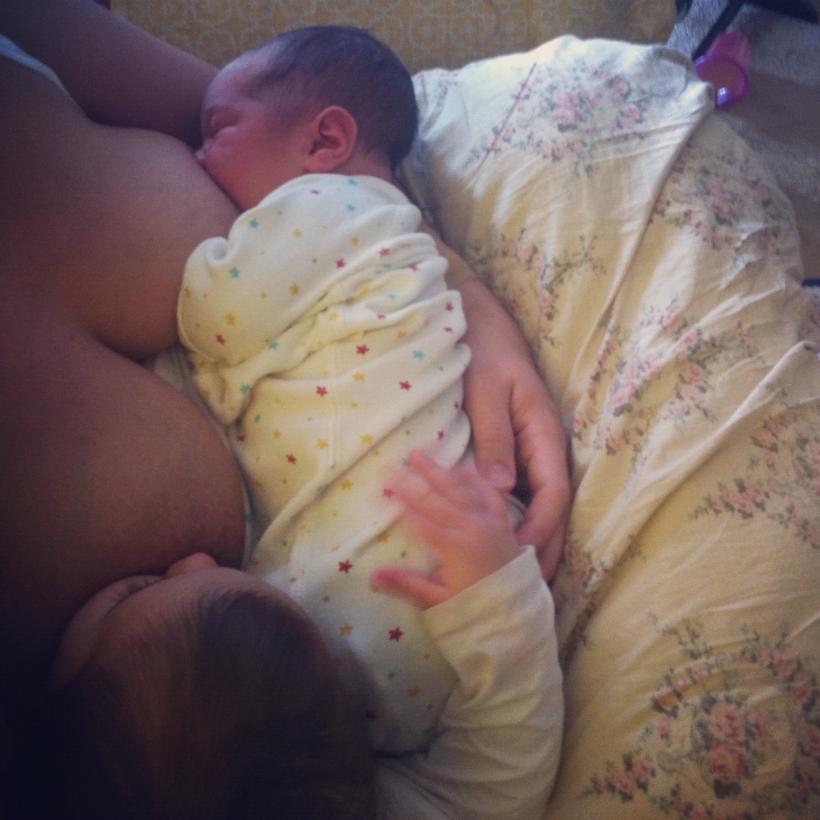 There are actual people who say breastfeeding should never be painful. These people are liars.

If you’re doing it properly, it shouldn’t be painful.

You’ll feel a tugging sensation as the baby pulls the nipple into his mouth.

Your nipples may be a little sore at first, but that should subside quickly.

I know these are lies, because I have breastfed many children quite successfully, and at least the first two involved me with a baby latched onto my very sore breast like some kind of parasite, sobbing into a cordless phone to a lactation consultant whose first question to me was, “Are you sleeping?”

Am I sleeping? No, I am NOT sleeping. Perhaps you might remember that I have a 3-day-old parasite hanging off my tit.

Is it really surprising that having a Kirby attached to your body for what amounts to several hours of the day would cause some soreness? Maybe even bleeding? Maybe even AGONY?

Is it really surprising that many women don’t have the energy or desire to persevere through that?

A survey a few years ago indicated that up to 92% of first-time mothers reported some difficulty with breastfeeding, at least initially.

When we feel like we’re failing, it’s hard not to see all of the images around us of people who aren’t.

This is me nursing two babies and NOT crying hysterically. I assure you, this was not always how breastfeeding looked for me. 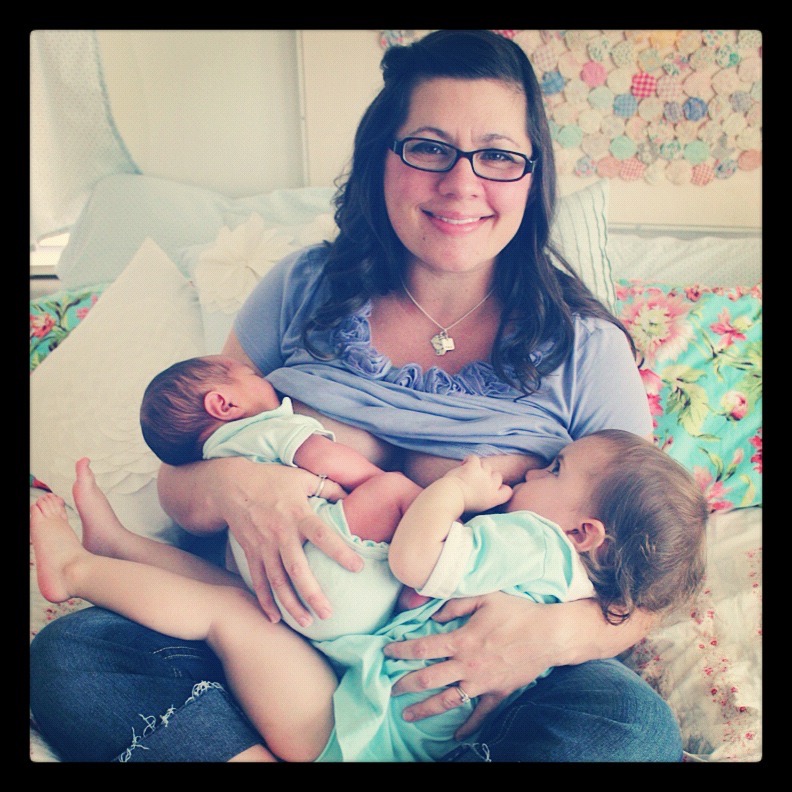 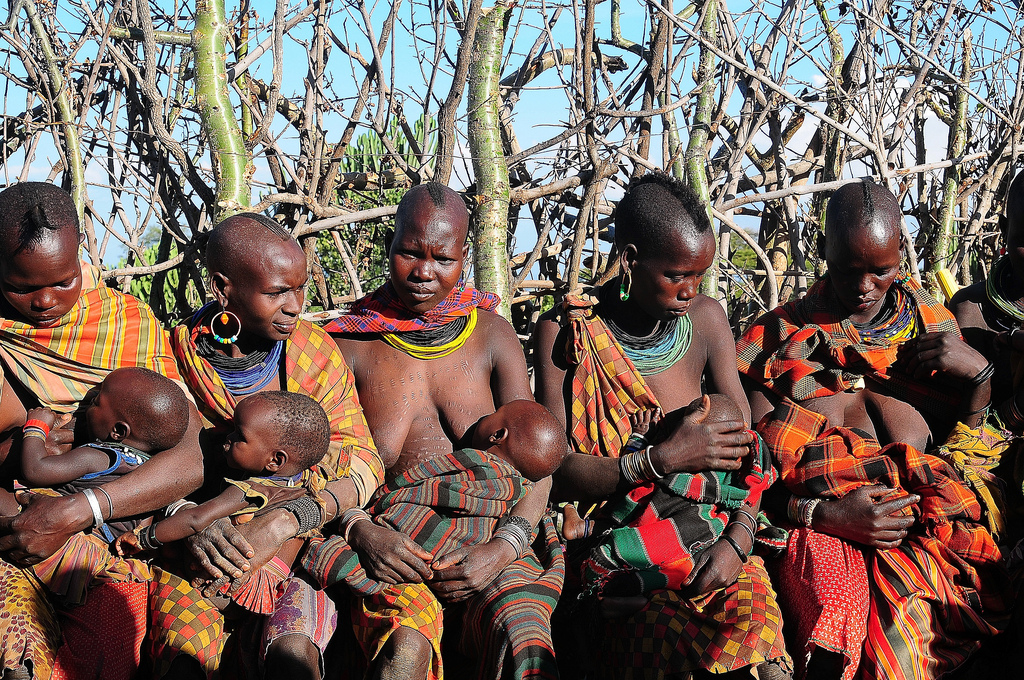 It conjures up images of Native women feeding their infants without any apparent difficulty.

Which begs the question, why do 92% of American women report having difficulty?

Are our boobs broken?

Have we lost touch with the most fundamental infant care?

Have we lost our instinct?

Brooke Scelza, an evolutionary anthropologist at the University of Los Angeles, California, and new mother herself, wondered the same.

So she went to Namibia to find out. In the northern desert region, there is an ethnic group called Himba. The Himba live off the land, birth their babies at home, and yes, breastfeed — all without any apparent difficulty. This is the stuff National Geographic articles are made of. Native people living simply, doing things the Western world has all but forgotten how to do.

There have been varying theories about the ease of nursing and birthing in developing nations. They seem to be somehow much better than us at this.

Is it because they are never separated from their infants? Does the American working woman sacrifice her relationship with her baby for her own success?

Is it because breastfeeding carries with it no stigma? Women nurse in public, topless. Women walk around topless! Perhaps breasts that aren’t sexualized are just allowed to perform their normal function?

As it turns out, while all of those things probably do impact the nursing relationship, women from all around the globe report difficulty nursing — even the Himba. We’re just not asking them.

But then why are they successful where we aren’t? You don’t see a Native woman holding a bottle of Similac. Ever. That wouldn’t make for a very good cover photo, even if it were happening. But it’s not happening.

What do Himba women have that we don’t?

The answer is so painfully simple, we haven’t even considered it.

They have each other.

Americans are so good at making things complicated — more technology, more science, more studies. We aren’t into sharing stories. We aren’t into sharing space. We hide our pain. We bury our shame. We build sprawling houses, larger and larger all the time. We want our own bathroom, our own bedroom, elbow room. Don't talk too loud. Don’t stand too close. We crave privacy. We love secrecy.

Maybe Himba do, too? I don’t know. But regardless, that’s not how they live. They live right next to each other — communally, with generations often sharing space.

When my first child was born, I was visited by my mother-in-law. She had never breastfed. My own mother had never breastfed. To find a woman who HAD breastfed, I had to call a relative stranger. Luckily, I had the resources to do so. But what if I hadn’t? Would the pain and failure of it all have overwhelmed me?

Listen here for the audio of this story on NPR: