Your Terrible Relationship Could Actually Kill You 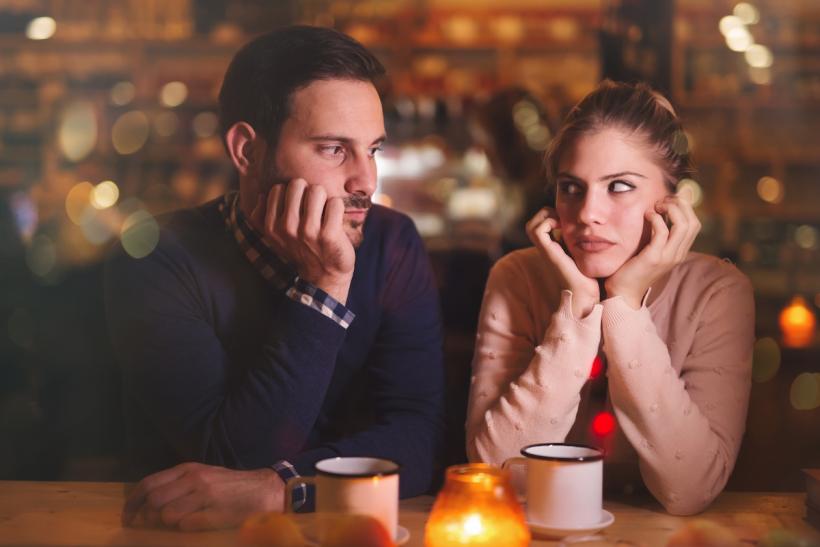 Have you stopped having sex, or are you worried that you’ve fallen out of love with each other?

Is it better to be alone than to be in a miserable relationship?

It’s a pretty widely accepted fact that human beings are meant to live in community with each other.

The pressure that singles feel to couple up isn’t just due to us living in a patriarchal society, or because pushy parents are eager for grandchildren. No one wants to be alone — otherwise there wouldn’t be so many love songs, and dating apps, and over-the-top weddings with irritating hashtags.

Sing the praises of independence all you want, but single people are more likely to get sick, suffer from depression, and end up destitute. Research has even shown a link between loneliness and shorter life spans. So, there are many reasons why people want to be in relationships, and why they stay in them even when they’re not happy and ought to move on.

But another study calls into question whether being in a relationship is really better than being alone, no matter what. Rikke Lund, a researcher at the University of Copenhagen, asked 10,000 people between the ages of 36 and 52 about their relationships, then followed up 11 years later to see what had happened to the research participants. What she found was rather alarming…

In the study, Lund asked people to say how often they experienced conflicts with partners, children, extended family, friends, and neighbors. Responses were recorded as ‘always,’ ‘often,’ ‘sometimes,’ ‘seldom,’ or ‘never.’ Eleven years later, people who said they ‘always’ or ‘often’ had conflict within any of those relationships were two to three times more likely to be dead. Lund’s conclusion? “Stressful social relations are associated with increased mortality risk among middle-aged men and women.” Yikes.

This isn’t completely unsurprising, however. An article in The Atlantic says that previous epidemiological studies have shown that stressful relationships – and marriages in particular – are correlated with cardiovascular disease, immune dysfunction, and endocrine problems. This is probably due to the stress hormone cortisol, which is released as part of the ‘fight or flight’ response and, over time, can lead to high blood sugar, insomnia, and weight gain, just to name a few.

One is the loneliest number.

If that’s enough to put you off relationships completely, for fear of a possible conflict that will shave years off your life, consider this: a landmark study done in California in 1979 showed that social isolation more than doubles the risk of death. Another study found that loneliness is just as hazardous to your health as smoking. And people with heart disease are 2.4 times more likely to die from it if they’re lonely.

Researchers have long held that relationships are just as necessary to maintaining health as exercise and diet. So when I joke that I want to be married again so I’ll know who to call when my mammogram result comes back bad, I’m only half kidding. Maybe less than half.

Related: Ask Erin: Am I In A Toxic Relationship?

Unsurprisingly, women seem to a little less susceptible to the negative effects of a difficult relationship than men are; in general, men’s health is more vulnerable to the ups and downs of their relationships. A good relationship benefits men more than it does women, and a troubled one stresses them out more — partly because men release more cortisol than women do.

This could explain why women are often more willing to work on a relationship than men are; men are fragile. Slogging through the muck is harder on them than it is on women. However, if men can get through it and make the relationship work, they stand to see a bigger payoff, at least health-wise, than their female partners.

What do I do about my terrible relationship?

So, if you’re in a high-conflict relationship, should you cut it off before it kills you? Not necessarily. Researcher Lund doesn’t recommend breaking off ties with your partner or family; rather, she suggests learning how to make your relationships better. “Skills in handling worries and demands from close social relations, as well as conflict management…may be important strategies for reducing premature deaths.”

Relationships take work. That’s just a fact. Denying that your relationship never makes you miserable isn’t great for your health, either — the Lund study found that people who claimed to ‘never’ experience negativity in their relationship had a higher mortality rate than people who said they ‘seldom’ do. So the first step might be admitting that your relationship sometimes causes you distress. Then you’ve got to figure out why. Have you stopped having sex, or are you worried that you’ve fallen out of love with each other? These are fixable problems. Maybe your relationship really is toxic, and you shouldn’t try to save it. But it might be worth going to a couples therapist and figuring out whether you can get to the bottom of what’s wrong. Because saving your relationship could actually save your life.