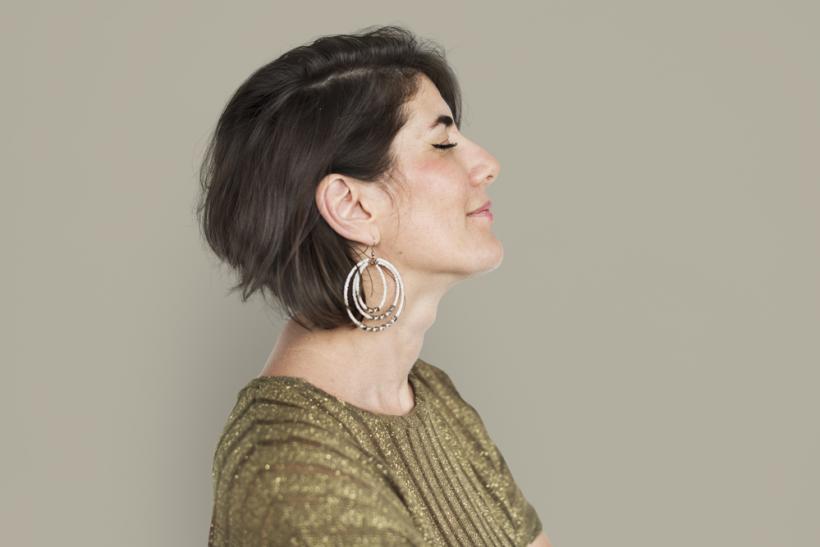 I made it my goal that by the end of 2018 I would leave my negative self-talk behind.

“I’ve become a bully,” I said out loud the other day while looking at myself in the mirror.

Lately, before any big social gathering, job opportunity, or even a date that I went on, I would stand in front of the mirror, eyeball myself, and say the nastiest things. It had become a daily practice to pick apart all the things I didn’t enjoy about myself — from how I looked to what I said in conversations from days past.

I missed the days when I was one of my biggest cheerleaders — when I’d stand tall in front of people with loads of confidence and self-worth.

I’m not sure if it was because of the stress of my job, a string of recent break-ups, or because I was getting older and feeling weird about entering a new decade — but I had become my own worst enemy.

I made it my goal that by the end of 2018 I would leave my negative self-talk behind. Here’s how I’m learning to do just that.

1. Keep A Positive Reminder In Your Pocket.

I realized that a lot of my negative self-talk happened when I was far away from the comfort zone of my couch cushions. Because of that, I knew I needed something similar to a safety blanket that I could carry around with me no matter where I was. One night, after ditching plans to go to a networking event because I found myself feeling unworthy of talking to the people that would be there, I came home and decided to create something portable to help me battle the negative self-talk.

I wrote down a list of 50 personal and professional accomplishments that I had achieved throughout the last 30 years of my life — things as small as getting a promotion at a startup after only working there for six months to things as big as getting two books published in under four years. I folded the list up and stuck it in my wallet. It became part of my “pre-event, pre-interview, or even pre-date” ritual to read through it and help me boost my mood and my confidence.

2. Rehearse And Repeat A Mantra.

Reading the pocket list became a great first step, but often it was only enough to get me through the door of an event, a job interview, or the restaurant where I was going for a first date. I found that I needed one final push to make sure that the mean things I’d say to myself would be left outside.

I created a three-sentence personalized mantra that I’d say out loud to myself (hoping nobody nearby would it) as a way of pumping myself up and making sure that I put my best self forward for the first impression I was about to give.

“Jen, you are brave, you are smart, you belong here, and you bring so much to the table. Remember to stay confident, stay calm, and stay in control of your thoughts. Whenever you doubt yourself, think back to all you’ve accomplished and all you’ve bounced back from.”

The mantra monologue was something I grew to memorize and repeat anywhere from three to ten times a day.

A friend of mine had enough of overhearing the mean things I was saying to myself. I had commented on how I didn’t like the way my body looked, how I wished the acne that kept clinging to my face would finally leave, and how my overall mood was so crummy nobody at brunch was going to want to sit next to me and chat.

“Jen,” she said one day as we were heading to brunch with a group of people. “You can’t talk this badly about yourself anymore.”

She handed me a blank sheet of paper and made me write down as many things as I could that I didn’t like about myself or that I was feeling down about. I filled the page with ten sentences ranging from "I don’t like how boring I feel" to "I don’t like how I look in this dress." Then, my friend handed me a pen that was a different color and told me that I had to edit each of these negative statements into something positive before we could leave her apartment and go to brunch.

Pushing away negative self-talk is a process.

In the last few months, I’ve used all three of the tricks above to help me talk more positively about myself and to myself. Just last night, before I went to an industry meetup, I pulled out my pocket list, repeated a mantra out loud as I walked in a circle around the block, and picked apart what my fears were and turned them into positives over negatives instead. A few deep breaths later, I walked through the doors with a smile on my face, leaving behind all the mean and nasty things that used to step in with me.

If you like this article, please share it! Your clicks keep us alive!
Tags
negative self-talk
self-talk
body image
mental health
Body love 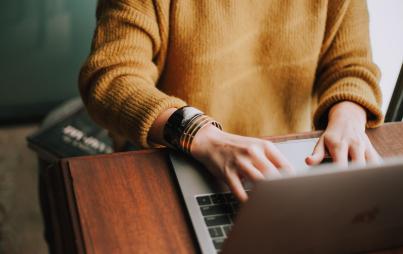