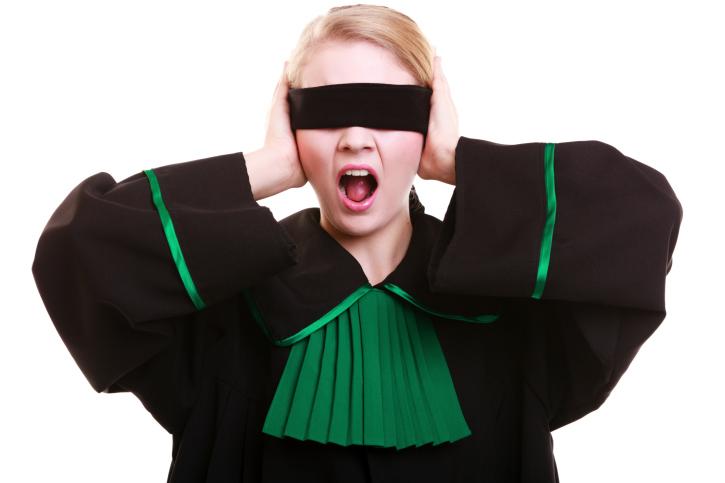 Today's monumental Supreme Court Hobby Lobby ruling has launched a firestorm of controversy, and for good reason—the case has profound implications for religious liberty and the legal rights of both women and corporations. In short, judges ruled that family-owned corporations which are morally opposed to birth control have the right to deny insurance coverage for it, despite the fact that coverage is mandated by the Affordable Care Act.

It's easy to see this is a case primarily about religious freedom, but in a way, that's missing the point. What this is really about is corporations being given more rights than individuals—and in particular, more rights than women. This becomes blatantly clear when the question at the heart of the case is answered: What exactly is religious doctrine regarding reproductive rights?

The Church and Contraception

Let's clear one thing up right here: There is nothing in the Bible about birth control. Certainly, the apostles couldn't have foreseen a little blue pill allowing women to control their reproductive cycles. "Natural birth control"—have sex, see what happens—was the only option in biblical times, so everything in the Good Book must be understood through this contextual lens.

Nevertheless, the devout have had no problem backing up their stance with scripture, specifically relying on passages about God's love for children. Take this line, from Psalm:

Behold, children are a gift of the Lord; the fruit of the womb is a reward. Like arrows in the hand of a warrior, so are the children of one's youth. How blessed is the man whose quiver is full of them.

This is, obviously, a dogmatically limited interpretation, and it's hardly shared across the religious community. As one thoughtful Christian blog points out:

This also denies the fact that it is women who bear the children, which should be given consideration in any scriptural interpretation. As another Christian website states:

If there were ever decisions in marriage that need to be highly collaborative, they are these. Wives will often bear the results of contraceptive and reproductive decisions in their very bodies in a way that husbands will not.

These and other considerations have, indeed, made modern-day religious perspectives on contraception more nuanced than ever before. Take the shifting doctrine of the Catholic Church. Once vehemently opposed to birth control, it has become much less strict in the fact of changing realities—according to a poll from earlier this year, 78% of Catholics globally support the use of modern birth control.

The bottom line? The religious belief that birth control is wrong—a belief held so strongly that it swayed the Supreme Court to trump the individual rights of women—is hardly religious doctrine; even within the faith-based community, there is plenty of dissent on the topic.

The case, then, isn't really about defending a core religious belief. It's about the notion that wealthy corporate owners should be afforded more rights than their female employees. And today the the Supreme Court made it painfully clear which group it favors in the eyes of the law. I wonder if any of the five male judges who passed this law have daughters? Studies show . . . probably not.