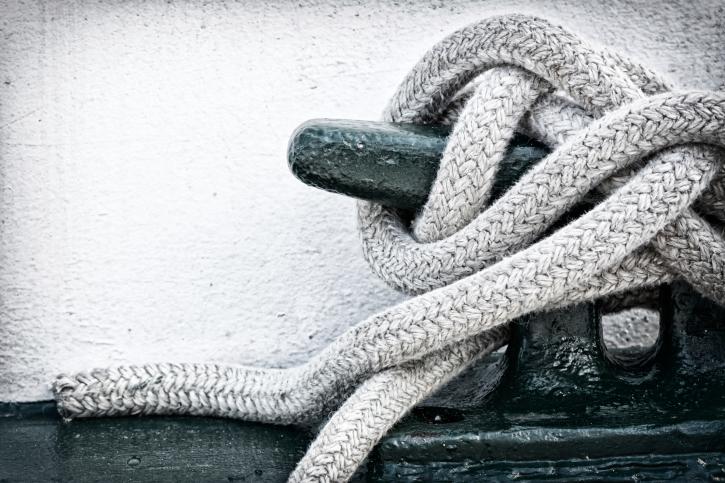 Two UK cousins—Mark Pickford and Dawn Warburton—were engaged in a sexual relationship that, based on recovered text messages, was very consensual. Moreover, these cousins dangereux were into some crazy kinky stuff. The two texted about the thrill of violent sex play, and Pickford even went so far as to tell Warburton that he'd "treat [her] like a random victim." Judge all you want, but Warburton seemed to be on the same page. In fact, she said her dirty interests would "warp your mind."

According to Pickford, the duo would drink Southern Comfort, smoke pot and crack (side note: bad combo) and wake up with no recollection of the previous night. One such morning, they woke up to find themselves tied up in ropes. Neither could remember what they had done. Rather than cooling it on the substance abuse, they laughed at their memory fail. Pickford continued to visit weekly.

Recently, Warburton died as a result of this play. When cops found the cousins, Warburton's naked body was hanging from a rope above a sleeping Pickford. A rope tied around her neck hung her body above the bed. Blood covered the bed and Warburton suffered several injuries. Despite this, Pickford claims he doesn't remember how Warburton got in that state.

A toxicology report also found diazepam in Pickford's system—which he naturally claims was slipped into his SoCo by Warburton. Diazepam is a sedative used to treat seizures, tremors, delirium and anxiety. Though we shouldn't need to say it, diazepam isn't supposed to be mixed with alcohol. Memory loss (or impairment) can be a side effect.

Pickford was accused of assault and manslaughter by gross negligence. Why? Because he wasn't damn careful enough when engaging in sex play. Despite that, Pickford was declared not guilty.

For the love of your dignity and maybe life, take some precautions when playing naughty. Recently we interviewed Cassie Fuller, co-founder of kink workshop/event organization Touch of Flavor, and asked her for general rules when it comes to this type of play. Checking in, establishing "safe words," asking permission and respecting limits are all vital components of kinky activity. Had Pickford and Warburton abided by these rules, a life may have been saved.