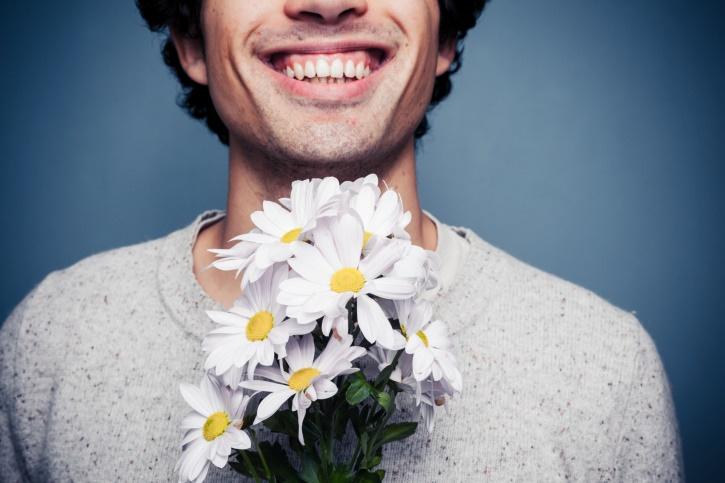 We live in a world where the battle of the sexes often feels like a battle—with social and traditional media as battlefield. #YesAllWomen spurns #NotAllMen. News stories beget cries of misogyny, then counter-cries of misandry. Feminists get called names by angry anonymous commenters, and are forced to fight back, or be silenced.

Behind the scenes, these battles are also waged in less public ways.

A girlfriend of mine doesn't get a text back from a guy she recently slept with . . . "Men!" A man yells at me from his car window for using my phone while driving . . . "Men!" Another girlfriend complains about her dad being an alcoholic and not calling her for a long time . . . "Men!"

When I get together with friends, the grousing is amplified. Men in our generation aren't respectful. They don't call. They wear sweatshirts to dinner. They don't brush their teeth. You name it, we complain about it.

"They're all the same," I think to myself.

But is that really true?

I, like every other woman, come from a long history of "dealing" with men. Past boyfriends have verbally abused me and pushed me around. Others have cheated on me. My dad cheated on my mom. And then there are the issues I've seen my friends deal with. One called the cop on her boyfriend because he was threatening to kill her through a locked door; another was forced at gunpoint to suck a guy's dick.

It doesn't take a psychology doctorate to understand why I, and other women, have a difficult time trusting men—or why the "Men!" lament can feel so cathartic.

But I wonder if in sharpening the dividing line between us and them, I've lost sight of those men who don't belong on the battlefield at all.

Take my younger brother, who willingly learned every dance move to my choreographed rendition of Michael Jackson's "Beat It" in our front yard when we were kids, and who's laid next to me in bed, patting my head, while I've cried myself to sleep over countless breakups. Now that we live thousands of miles apart, I know he's always just a phone call away for my venting.

There's the guy friend I've known since sixth grade who helped me move stuff out of my ex-boyfriend's apartment, and drove 45 minutes to see me the day my parents split up. He, too, is just a phone call away.

Even my father, who, yes, is a cheater, was there for every piano recital, choir performance and driving test. And I'll never forget how, when he found out I had sex for the first time, he sat down with me to talk about it, openly and without judgment.

And then there's the other man in my life: my boyfriend of three years who tells me my body is perfect and that he's proud of my successes, and who doesn't seem to mind when I stay out all night dancing with friends to ᾽80s music. He also never gives me a hard time when I am irritable and hungry, and instead, cooks for me until I feel better.

These are men that I should appreciate every day, but who I often forget the second I read another headline about a woman victimized by a man, or hear my friend complain about that nice guy who ended up being a jerk.

I'm worried that along the way of becoming such a strong feminist and having the support of other likeminded feminists behind me, I've forgotten the other side of the modern feminist ideal that "both men and women should have equal rights and opportunities." While I've certainly taken the time to think about all the things my female friends deserve, I haven't done the same with my male friends. Why is that? After all, they too have supported me when I was verbally abused and cheated on and had relationships end on bad terms. They too have been there.

Of course, there are plenty of men who do despicable things to women, and they deserve to be held accountable—especially in a society entrenched in the patriarchy. But not all men are the same. And the good ones deserve more credit than they get.

If you like this article, please share it! Your clicks keep us alive!
Tags
men
women
battle of the sexes
yesallwomen
notallmen
misogyny
misandry
personal essay