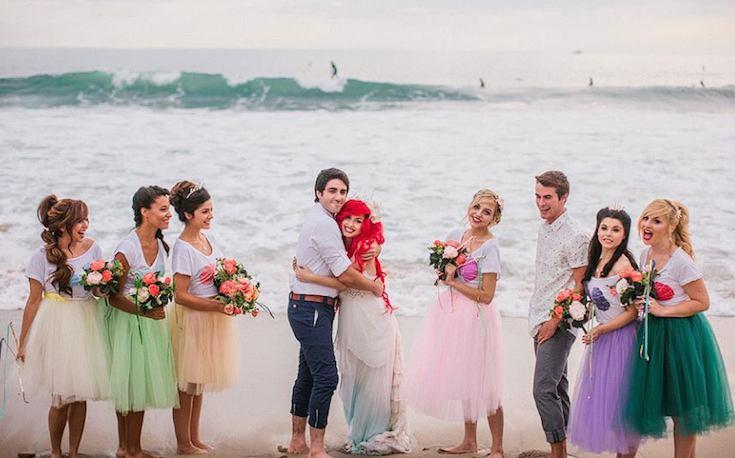 I've said it before, and I'll write it again: I do not understand the fascination with Disney Princesses. (Unless you're seven, at which point, you get a pass.) Sure, watching old Disney movies is fun on occasion (the music! the animation! the history!)—and especially when complemented with a drinking game—but trying to live someone else's fantasy is both weird and a little sad.

This, at least, is what I believed until I witnessed the glory of a recent Little Mermaid-themed wedding shoot. 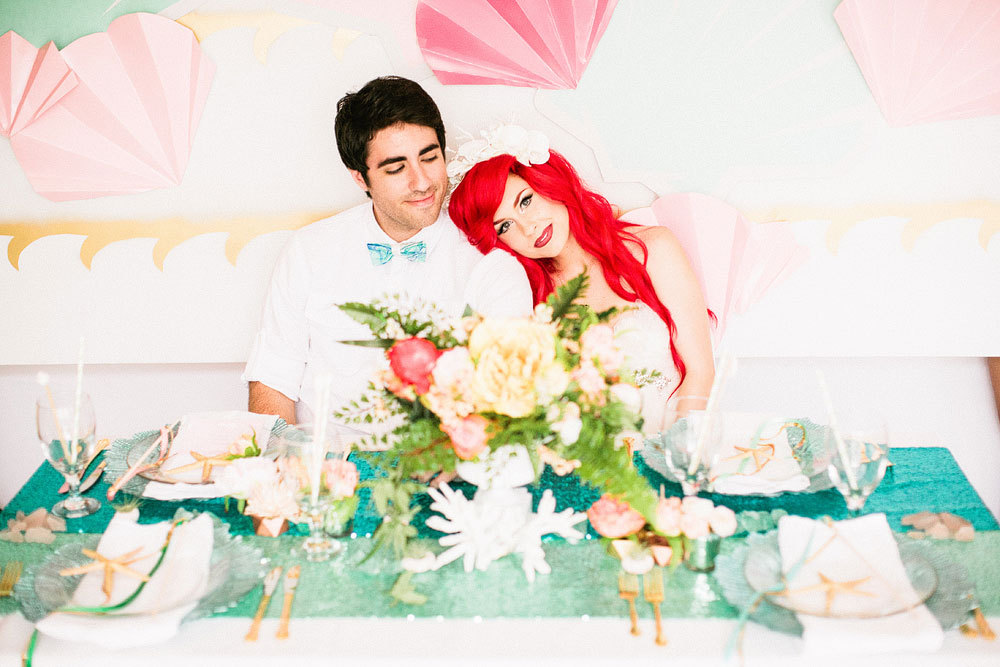 Produced by the DIY wedding site Cloud Parade, the photo shoot is kind of an artistic wonder. The red wig. The seashell macarons (that's what those were, right?). The bridesmaids. The place settings.

From the depths of my shallow heart, I have truly changed as a person. 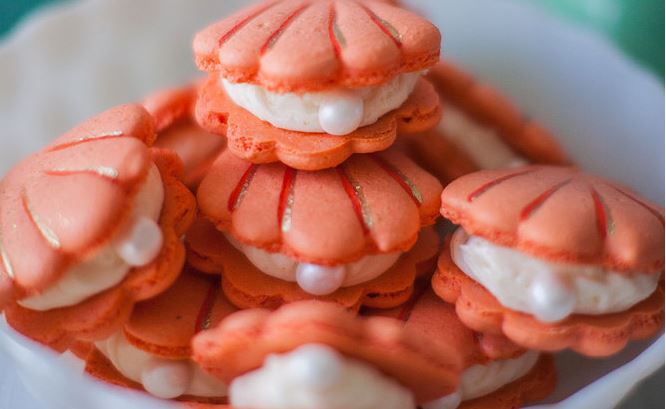 That said, the feminist in me still finds it hard to fully support this faux wedding between a man and the "delightfully" mute woman he met five seconds ago, or to get behind the notion of such an unrealistic fantasy. In one of my all-time favorite articles, Matteson Perry commented on the "happy ending" movie trope, and its utter impossibility:

"Incredible things happen in real life. No, what makes movies magical is they end right after the incredible thing happens. They stop after the war is over, after the team wins the game, after the boy gets the girl. But in life the story keeps going and the boy can later lose the girl."

In a sense, weddings are Disney endings brought to life: over-the-top, schmaltzy fantasies designed to provide an escape from real-world problems; there's a big difference between weddings and marriages, just as there is between Disney romances and real ones.

So maybe it does make sense to follow a Disney princess theme after all. "Happily Ever After" may not be realistic, but it sure is beautiful.