As A Mother, Feminist And Abuse Survivor, Here's What I Think Of The Lena Dunham Sex Abuse Allegations 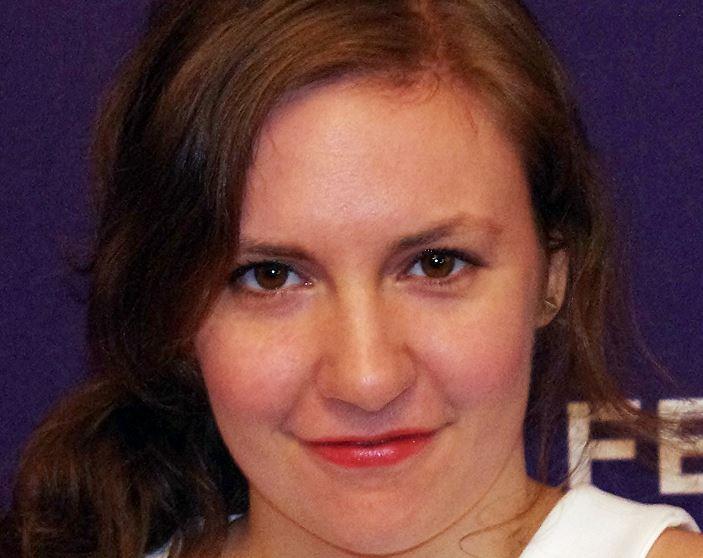 I'm always just a little behind on current events. This is embarrassing for me not only as a woman who genuinely likes to know what's going on, but also as the wife of a man who reads the news likes it's his job. But a couple of days ago, I was perusing Facebook (What? You don't get your news from Facebook?) when I came upon a shared link. It caught my eye because it was a picture of Lena Dunham. And I am an unapologetic Lena fan.

It was actually my news-obsessed husband who turned me on to Lena. He heard her interviewed by Marc Maron and told me she sounded intelligent and sexy, right up my alley. I listened to the interview and found that, despite our age gap and polar opposite upbringings, I could relate to Lena in many ways. Much of what she said echoed my own feelings. About women, about men, about myself. I binge-watched Girls in a two-week period, then admonished my 18-year-old daughter to watch it, lamenting not having a young feminist icon when I was her age.

I also pre-ordered Lena's book, Not That Kind of Girl, months before its release. I practically stalked UPS waiting for it to arrive. I cracked it open immediately and read it in two days. I loved it—as a white privileged feminist, as a mother, as a woman. I found it smart and funny and, yes, a little odd. But that's sort of Lena's brand and I relate to that, too.

So when I was perusing Facebook and saw the link to an article on Truth Revolt I clicked, because, Lena. Obviously. And I was astonished to find allegations of Lena sexually abusing her sister. Astonished. And more astonished because they were in her words, quoted in the very book I read and loved. Her own words used to convict her.

- I read this book. The whole book. And while the passage that Truth Revolt cites I did find odd, I did not find it malicious. Strange? Yes. Malicious? No. What did I miss?

- I do consider myself a feminist. Sometimes a bad feminist. I don't follow all the feminist "rules." I iron my husband's shirts, I spend a lot of time in my kitchen, I don't think porn is empowering. Sometimes a good feminist. Talking about equality, making my sons fold laundry, not shaving my armpits. And while I do see Lena for what she is, a rich, white girl from SoHo, I don't think that makes her voice for feminism any less important, any less real, any less valid. Because when we start devaluing people based on their life experiences, where do we stop? Is your voice invalid in feminism just because you're white? Because you're rich?

- Taken in context, I barely paused while reading the passage quoted. Was this behavior questionable? Well, maybe. Unheard of? Certainly not. I blew past it. Does this make me insensitive? Here's the thing that I know from personal experience. Very bright children are also very curious. Lena is obviously both. I know this because I am, too. I knew what sex was and how babies were made before my friends even knew they had a vagina.

- As an abuse survivor, as someone who has been touched in a malicious way, the book didn't trigger me. What it did remind me of was when my neighbor Amy showed me how to "hump" and put her tongue in my mouth to teach me how to kiss. She was seven, three years older than me. But I went willingly. To me that sort of "figuring things out" sexual curiosity was part of growing up. Amy wasn't the first girl to experiment with me and also not the last. She wasn't a predator. I wasn't a victim.

- As a mother, I've definitely come upon my own children in what would be considered questionable positions. Examining each other's parts in a sort of, "Why do you have THAT? I don't have THAT!" way. I don't encourage that behavior but I do recognize it as a thing that happens. We talk about what parts are ours to keep to ourselves. But when my 4-year-old pokes my 2-year-old's penis (to his delight, because, penis!), it's not malicious or with ill will, and I don't paint it that way. I just simply say, "That belongs to him. You may touch your parts but not his." When my two-year-old tried put a thermometer in his butt I just said be careful and put the thermometer away (after washing it).

So after the link clicking and the thinking and the thought spiral, I did what any writer of sound mind would do. Get thee to Twitter! And I was not shocked, but was indeed upset, to find that many people, many many people, good feminists and great friends, were completely outraged, not just "oh hey that's weird Lena, maybe you should get some therapy." But, "Yeah. That's sexual abuse. That's sick."

This made me rethink my stance on the matter. Thought spiral. Re-engage.

I was sad to hear that many of the women I love and respect were so so upset. I tried to make a case for Lena and her "oddness" and for the book as a whole. And I found myself caught between wanting to support Lena (because I do love her) and wanting to hug my triggered, hurting friends (because I also do love them). But the thing that was most shocking, dare I say upsetting, was the fury with which people attacked Lena. Calling her everything from a predator to a cunt. And it reminded me, on a teeny tiny itty bitty scale, of what it feels like to be called a cunt.

The Internet is a beautiful thing. It allows us to connect with so many people we otherwise could not know. I have friends from Canada to Australia, from South America to the South of France. My world has expanded exponentially because of the Internet. But it's also a sad and hateful place at times. For me. For Lena.

You can argue that we thrust ourselves into the spotlight and therefore should be ready, willing even, to cope with any backlash or criticism that might bring. But no, nothing can really prepare you for being called names, for people questioning your intentions, your motives, your life. There is no crash course that comes with opening a Twitter account or writing a book.

Lena opened her life, and indeed her oddness, to the world, to make money, yes—but I truly believe to make a difference too. I believe that, because that's why I do it. And in being raw, honest, maybe too honest for people to handle, she did just that and invited a shitstorm of vitriol.

I'm going to go be part bad feminist and part good feminist. I'm going to have an almond croissant and a double latte and try to barricade the thought avalanche.