How I Found Sexual Empowerment After Rape 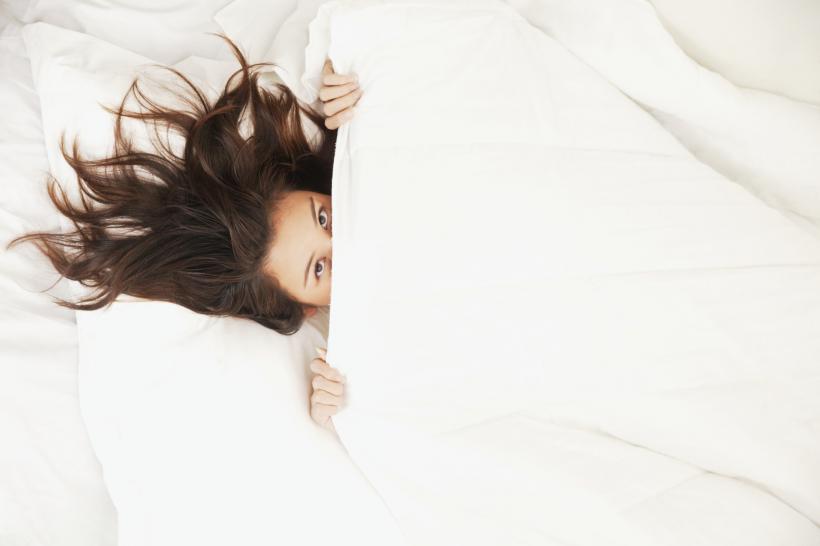 Seeking silence in a crowded social gathering? Or perhaps Infinite-Jest-length comment threads on social media? Just bring up the topic of sexual assault and watch the emotions, irrational indignation, and assumptions fly. Regardless the response, rape proves a trigger for more than just those who've been traumatized first-hand.

For the unacceptably-large pool of survivors, the process of recovery is complex, all consuming and overwhelming. Getting over the self-shame, unnecessary guilt, and societal shit that sticks around for years post assault may actually prove one of the more understood and approachable parts of recovery. But learning to reclaim your sexuality and pleasure without self-affirming she-was-asking-for-it sentiments? Now that's an uncharted emotional Everest.

Shortly after my 18th birthday, I was raped by two men in the basement of my childhood home.

They were friends of friends. It was daytime. I assumed I could trust them. I assumed wrong.

"Picking up the pieces," despite its blasé nature, is a turn of phrase whose weight I've come to know intimately. The threads that stitched together everything "true" in my world were unexpectedly and violently unraveled. I was left with ill-fitting fragments of trauma and memory and fear and numbness and anger.

For years, I found my own lovely island of denial. I cut off contact with entire social circles, I never talked about what happened, let alone processed it, and I was utterly unaware of how distanced and isolated I had become. I was a woman on fire, and I was slowly and silently imploding.

As cracks started to appear in my internal barricades, my emotional-plasma of being was left raw and uncontained. It started demanding recognition—oozing into view at inappropriate and often awkward times.

Sobbing in public upon receiving an order of tater tots? Sure. This was apparently my new normal.

"Time heals all wounds" is horseshit. Trauma never really goes away and it never really gets better—it just chisels you into someone completely different or breaks you beyond repair. For me, surviving required strength and resiliency and love for my plentiful flaws. With a lot of effort and setbacks, surviving transformed into living, and piece-by-piece, I made more sense of what my life had become.

I had relationships, I met and found happiness with my now-ex-husband, I had sex, but I failed to find pleasure. Even in my most intimate and desire-filled moments, there was a tangible blockage. I couldn't release into enjoyment, at times I even resented it, and I was unable to orgasm with a partner for many sad, sad years. What was sex anyway? What was the point? Could I ever really enjoy the act and not just an idea of what it could be?

Finding My Way Back To "O"

Sex should be awesome for all people consensually involved.

Ever since I was scolded for unknowingly enjoying my rocking horse a bit too much as a child, it was clear that a core part of me was incredibly sexual and sensual. Being raped, especially during my formative sexual years, ground formation of my sexual identity to a halt—I never learned what pleasure meant to me and my whole understanding of sex was rooted in unhealthy dynamics.

My therapy addressed a plethora of effects, but no sessions ever addressed my sex life. Its absence from discussion reinforced the taboo and insignificant nature of my innately human desire for pleasure. Sex is dirty, boobs are "inappropriate," and female pleasure is NC-17 material. We live in a pretty sex negative culture, and not being able to comfortably talk about "it" gets in the way of all people embracing fulfilling sexual relationships and legitimately addressing sexual assault.

These inescapable patriarchal undertones coupled with a sprinkling of rape left me with a subconscious belief that embracing my sex drive was, on some level, confirming my "fault." Clearly, since I was so sexually charged, I was asking to be assaulted—in my t-shirt and jeans, soberly at home, I had brought this all on myself. No matter how irrational, that shame, that unnecessary guilt, still unknowingly permeated my sexual encounters.

The key to moving on came years later, having been within my reach the entire time: simply acknowledging that I am a sexual being and that this is not only normal, but that it is healthy. The bond that lovemaking has created for myself and my partners is beautiful and has enriched my life and our relationships. Talk about sex, express what you need, and refuse to be ashamed.

I cannot change the past, and I no longer have the desire to change who I am: a strong willed, outspoken, sexually empowered lady.