The Good And Bad Of My Bipolar II Diagnosis And Demeanor 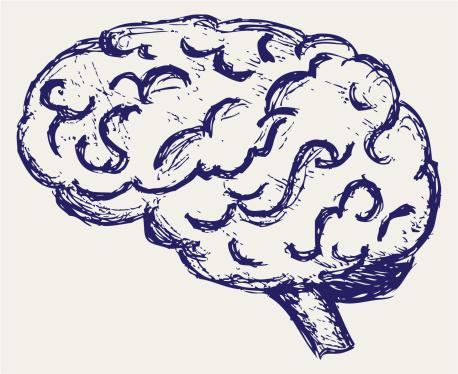 This is part two of a three-part series on diagnosing, treating and living with bipolar disorder. You can read part one here and part three here.

My first semester back to college (at age 30) was a summer session of Psychology and Sociology. Then an unexpected five-unit General/Organic/Bio Chem class was added to the roster and I enrolled. On day one, the professor—Dr. Shaw, a grandmotherly type who was as smooshy as she was stern—gave the 40 of us overenthusiastic pre-nursing students fair warning: Take no other classes during this session. Chemistry was 7-12 daily, with lab from 1-3, covering and testing on a chapter each day. I didn’t drop my other two classes. Instead I slept less and less, pushed by my desire to achieve. Or something. I studied and did my labs during the day, cooked/cleaned/did laundry/bathed and read stories to my kids in the evening, writing papers at night. By midterm, our class was cut in half. I soldiered on, finishing that class—and the other two—with an A+. At the time I was a mother to three small children and a caregiver to a woman with Alzheimer's (in whatever time there was left).

This isn’t a means to a brag, even if it seems to be. It's meant to be purely illustrative. The truth is my classmates hated me because I kept ruining the curve. Because it simply wasn't hard for me. I wasn’t trying to ruin the curve. I just didn’t know any other way to be a student than to be a 100% student. I’m lucky to be smart, to have an astonishingly good memory.

Or maybe I’m lucky to be bipolar.

The first time a physician ever used the term bipolar to describe me was spring of 2000. I remember it clearly because it was spring and yet the fog of depression from winter hadn’t left as I'd anticipated. I was 25 years-old. I was seeing him because of crippling postpartum depression. Bipolar disorder was the proverbial elephant in the room. I knew it was there but somehow someone pointing it out just made it so. real. If you read my piece on mothering you might be able to appreciate how I would not in any way—at all—want to be compared to my mother. But when the doctor looked at me, face contorted into a half smirk, half look of pity, and said, “I think based on your behaviors and your family history we can pretty safely assume you share the same Bipolar Type II tendencies as you mother and her mother and her mother," my heart absolutely sank. Bipolar tendencies. He might as well had hung a giant letter "C" around my neck. I was Crazy. Just like her. At least that’s how I felt. Marked. Abnormal. Sick.

I was acutely aware at the time that he was doing just about everything he could not to write in bold black ink across the top of my chart “MEETS DSM IV DIAGNOSTIC STANDARDS FOR BIPOLAR TYPE II.” He didn’t even want to say it. Because he knew what was inherent in the saying of it. I was sick. The sick that I was terrified to inherit had in fact been passed to me, right along with my brown hair and eyes. So instead he said something like: "Well. Mental illness is really only a problem if it’s interfering with your ability to function. Since you seem to be functioning exceedingly well, how about we treat your depression and let the cards fall where they may." And that we did. I left with a prescription for Paxil, some hope, and a sort of quiet denial—I was just depressed. I was fine. Because I was functioning. The mentally ill couldn't just function like I was.

But that’s not entirely true. Bipolar Type II is a sort of stealthy disease; it doesn’t always look like mental illness. It disguises itself, sneaking up and grabbing hold before you realize you haven't slept more than three hours a night in weeks. Dr. Ronald Fieve, one of the pioneers on the recognition and treatment of the “other” Bipolar, describes this astonishingly well in Bipolar ii. Bipolar Type II is essentially the “milder” form of Bipolar Type I. To better understand, it helps to consider the illness on a spectrum from unipolar (that is one mood, depression) to Bipolar Type I (the person you see pacing with big hand gestures claiming they are being followed or that they are the president). You would recognize these folks right off the bat, but you won’t see them often. Their illusions of grandiosity (ie, thinking they are God) usually put them at risk for dangerous behaviors and thus are hospitalized when their symptoms get out of control. Bipolar Type II is somewhere to the left of Type I but also pretty far to the right of center, if center was normal.

Well, simply put, it looks like me. Though you probably wouldn't know it unless you have the unique privilege (?) of seeing me at the peaks and valleys of my swings. Those suffering (using that term lightly here for lack of something better) from Bipolar II are those people who are often considered movers and shakers. You know them. They have boundless energy. They get things done. They are often highly successful and creative. Many, like me, have learned over time to harness their periods of hypomania to their advantage. If mania was a Ferrari and normal was a Honda Accord, then hypomania would be a Corvette. Manic episodes are marked by periods of extreme energy, irritability, racing thoughts, forced speech, delusional thinking. Think of hypomania as just a tick below that. People undoubtedly view someone in a hypomanic episode as “abnormal” but not so abnormal that they feel compelled to call an ambulance. Just chatty. Energetic. A little bit annoying. Maybe.

It doesn’t look the same for everyone but I’ll tell you what it looks like for me. It looks like sleeping 3-4 hours (on the high end) for days on end and never really feeling tired. In fact I usually feel quite rested. It looks like working a 12-hour night shift, coming home, taking kids to school, cleaning the house, running five miles, sleeping 2-3 hours, getting up, picking up the kids and doing it all over again. It looks like making questionable decisions, driven by some force that seems perfectly logical at the time. I looks like running for a month on a broken leg and not just avoiding the doctor but ignoring the pain entirely. It looks like a sudden urge to clean and organize every. thing. It looks like completely rearranging my dressers and closet at 2 am. It looks pretty functional. From the outside.

So what’s the downside?

Well, there are a few. Being bipolar by definition means what it suggests. Bi-polar. Along with that hypomania comes period of depression, sometimes very severe, sometimes debilitating, sometimes leading to suicide. This is the kind of depression that can range from feeling blue and tired and generally unenthusastic about life to not being able to get out of bed. And the hypomania itself isn’t all roses and lollipops either. The feeling of euphoria can lead to behaviors that can endanger you: A. Human beings simply can’t go without food or sleep. Our bodies aren’t designed to do that, even when our minds make us think it’s a good idea. B. Hypomanic episodes, in addition to harboring that creativity, also tend to, in their worst stages, cause people to make exceptionally poor choices. Sexually. Physically. Financially. Like compulsive shopping until the credit cards are maxed. Engaging in risky sexual behaviors. Cheating on your spouse. Running away in the night. These aren’t a given, but they are an intrinsic part of the disorder. And they sneak up on you because they can seem perfectly reasonable to your hypomanic mind.