On Being "Crazy": A Day In My Life With Bipolar Disorder 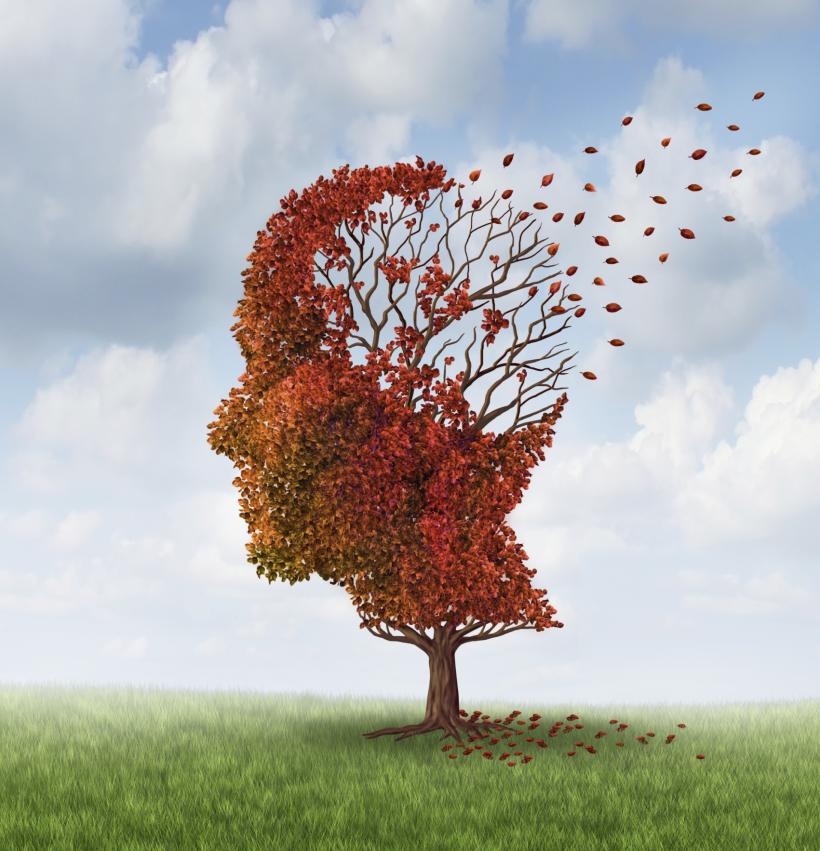 This is part three of a three-part series on diagnosing, treating and living with bipolar disorder. You can read part one here and part two here.

When inspiration strikes I can sit down at my MacBook and effortlessly organize my thoughts into words, typing a story or opinion piece that may be interesting, riveting even. This transfer is fluid, my ideas traveling the neural superhighway and exiting my fingertips faster than I can press the keys (though to be fair, I'm not an excellent typist).

When I'm not "inspired" however, it feels more like a lava flow. I type and delete. Type and delete. It's not hard per se, it's just not as easy. And when I'm feeling low, sluggish, tired, every word feels extricated, dissected from the lobes of my emotionally flat brain.

Having Bipolar Type II means that my mood can range anywhere from suicidal desperation to hypomanic elation. I can be tearful or talkative, exhausted or tireless. My "treatment" has ranged from everything from an arsenal of medication and drinking too much wine to sleeping too much, running 10 miles and staying up all night to sew a quilt that no one even needed. These episodes are sometimes practical, sometimes enviable. Sometimes . . . not good at all. Sometimes sort of really disastrous.

I'm keenly aware that my periods of hypomania look pretty fantastic from outside. And truthfully, they feel really fantastic. Who would turn away boundless energy, confidence, and creativity? Not many.

This is what makes Bipolar Type II so difficult to diagnose and treat. It's not uncommon for people to seek treatment for prolonged, crippling depression. It's relatively easy for people outside the bipolar mind to recognize depression in a friend or family member. And depression itself is relatively easy to treat. But the hypomanic phases of the disorder often go unseen by medical professionals. The bipolar person who would willingly give up their hypomania is a relative unicorn.

Even if the depression is profound enough that the sufferer actively seeks treatment, that doesn't mean the hypomania will necessarily be unveiled. It often remains a dirty secret. And so by the time someone makes it to their physician they've usually waited too long, gone too far. In their fight to wrangle the mania, the mania instead has wrangled them, turning their lives upside down, sending them into financial ruin, destroying their most intimate relationships. Hypomania is not the trusted, creativity-inducing confidant she appears to be.

How do you get her in check?

The medications used to manage the disorder fall into a few categories. I'll summarize them for you quickly. Lithium, the oldest/easiest to obtain of the mood stabilizers stands on its own as the only specific drug to treat a specific illness. Because of this it can also be easily used for diagnosis. Give lithium.

Other medications include mood stabilizers that fall into a couple of categories: anticonvulsants (Lamictal, Depakote), typical antipsychotics (Thorazine, Risperdal), atypical (newer) antipsychotics (Seroquel, Abilify); plus antidepressants, for treatment and prevention of depressive episodes, that fall into a few specific categories based on their mode of action (SSRI, MAOI, etc); benzodiazepines to treat anxiety (Xanax, Valium); sleep aids used to stabilize the sleep cycle (Lunesta, Ambien); stimulants (like Ritalin) used in conjunction with antidepressants as an adjuvant therapy.  I'm overwhelmed just from writing that. There are a myriad of treatment options, each of them working to control specific symptoms.

These medications, combined with Cognitive Behavioral Therapy, a healthy diet, a regular schedule, physical activity, and sleep, plenty of sleep, can afford the Bipolar Type II person a relatively normal life. If the meds are fined tuned they can even still easily tap into their energy and creativity without leaving a trail of disaster in their wake.

Nope. Let me again remind you that most bipolar people don't seek treatment for hypomanic symptoms. Why would they? It takes a skilled practitioner to key in to what may really be going on. Especially if the patient reports a lifted mood under the influence of a good antidepressant. The real disorder lurking behind depression hides itself stealthily. And here’s the kicker, treating just the depressive elements can actually magnify the hypomanic episodes.

That's how I've lived most of my life. My friend Hypomania got me through college, nursing school, a number of busy jobs, raising kids, doing all the crafts, and keeping a pretty spotless house. No one ever thought to say, "Um. Joni? I think this behavior...isn't normal." But why would I want to be? If I could be Super Normal.

Ever see that movie Mean Girls? My bipolar disorder is a little like Regina—for all her inherent bitchiness she’s wildly popular still. But when you aren't looking she is going to stab you in the back. She's going to make you think it's a good idea to buy 16 pairs of Lucky jeans. She's going to make you think that the more you sleep, the less productive you are. She’s going to tell you that you’re invincible.  And you're going to listen. Because she's really persuasive.

This is what it’s like to be in my mind on a typical, unmedicated hypomanic day.

I am likely to wake up while it’s still dark and spend an hour or two trying (to no avail) to get back to sleep, because I know sleeping 3-4 hours is a bad idea but I’m just so awake. SO. AWAKE.

But eventually I’ll get up and attack my day. Think lion hunting gazelle. Resistance is futile. I might go to Costco or Target or the grocery store. Or all of those. I’ll usually undertake a big project. Sewing clothes, reorganizing something, frantically cleaning something. I usually will forget to eat or just not experience hunger. I may sort of just try to busy the kids with something. I’m usually short with them and everyone. I find myself becoming irritable to the point of rage. My mind will jump from idea to idea. I may be designing clothes in my head and then thinking about writing a book. I may cook large extravagant meals and desserts. I may forgo cooking completely for other activities (usually the sewing or organizing). I might exercise frantically, pushing myself to injury. I may try to do this despite serious injury. But in the moment, I will not ever think any of this is a bad idea. Ever.

On the flip side, a typical, unmedicated day during a depressive phase looks like this. I can’t wake up. The sun may be up but I can’t pull myself out of bed. Though I will. Because that’s inherent in me. When I do, I’m still tired even if I’ve slept 8+ hours. I’ll stay in my PJs (although admittedly I do this hypomanic too though, because I like PJs). I may sit on the couch and watch TV but mostly I’ll just sit on the couch. I may feel hopeless to the point of desperation. I will often think it seems better to not be alive. I don’t really enjoy anything. Except maybe food and wine. Those I enjoy. A lot. I will definitely nap when the kids do. Sunset is hard. Nighttime is hard. There is a paralytic anxiety. Thoughts about sleep and how much I can get, or will I get any. I will go to bed pretty early. I will cry. A lot. I will think about how many of a given pill I would have to take to destroy my liver and die.

I’ve been medicated for depression for a long long time. Most of my adult life. But I’m like any other Bipolar Type II. Regina will whisper in my ear, you’re OK, you don’t need these meds. And I’ll stop taking them. And it will come back. And I will go to the doctor again. And they will gently scold and I will take them again. Until I don’t.

Hello? Have we learned nothing?

Well, like I said—Regina is really persuasive. Also let’s have a look at just a few of the side effects of the medications I take: reduced libido, nausea, dry mouth, weight gain (and I’m not talking five pounds), increased mania, sleeplessness or conversely exhaustion, and constipation. And that’s a relatively small, partial list. Does any of that sounds like fun? Yeah. Not to me either.

So, where are you now?

Now. Today? I’m struggling. As I have aged I have started to rapid cycle; I can go from desperately depressed to elated in just a day. This has made it harder for me to keep my hypomania in check. And it’s also pretty damned frustrating. Because of this, and because I can identify (with the help of others) periods where old Regina has gotten me into some serious trouble, I’m now taking mood stabilizers. I haven’t got this all worked out yet so a lot of days I feel sort of like I’m walking knee deep in mud.

But If I’m being truly transparent I’ll tell you I wish I had done it 20 years ago. No one wanted me to be sick, least of all me. And like the majority of Bipolar II folks I went unchecked. It was repeatedly swept aside, called ambition, drive, dedication, high energy. That sweeping aside was a disservice to me and those around me. Earlier, more thorough treatment could have saved me time, money, loneliness, tears.

Psychiatric illness is still stigmatized. And that’s hard when you have a psychiatric illness. If you’re reading this, and you’re acquainted with me at all, you may be thinking, shit. I didn’t know she was crazy. And wow, this explains a lot. Am I embarrassed? Well, yeah, I am. Do I wish I were normal? Well, yeah, I do. Having to take a handful of pills just to be able to be around other people is a less-than-desirable predicament. For me, it helps to be lighthearted, honest. I make light to make others feel less uncomfortable. When people say they are bipolar because they can’t decide if they should wear boot or flats, I cringe. The term is thrown around like it’s no big deal.

It’s an adjective. A joke. But it’s not an adjective in my life. It’s a diagnosis. It’s an illness. It’s a reality. It's Regina.