Sugar, Spice And Everything Nice: The Dangerous Myth Of Boys Being Boys 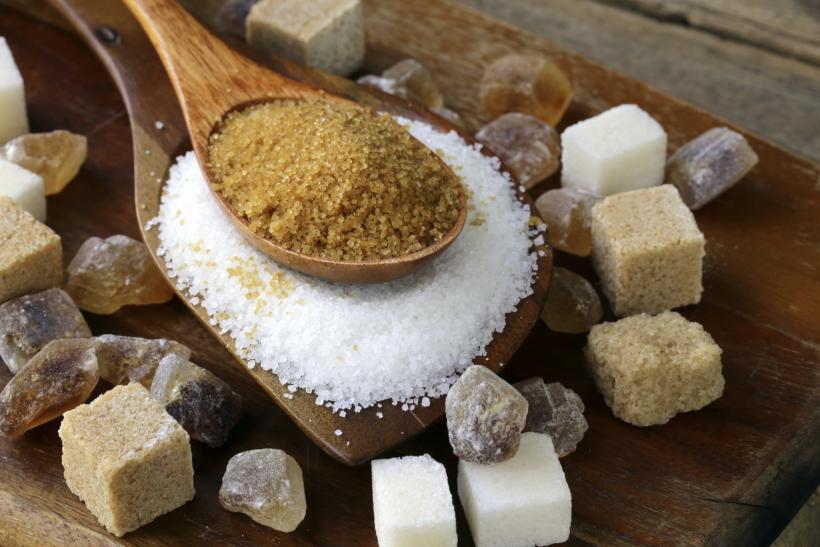 Sugar and spice and everything nice, that’s what little girls are made of.

But beyond the saccharine nursery rhyme lies a very real threat to women. Men believe we owe our “everything nice” to them on demand, so guard yourself against being too much sugar or spice.

Hollaback recently released a video of a normal young woman on a purposeful walk—and the consistent male intent to interrupt her journey. My friends nicknamed it the “Pervert Obstacle Course," and we immediately connected with the experience caught on tape. Being called out to by strangers is an everyday occurrence for women the world over; the wealth of female responses in solidarity with the video revealed an engrained culture of fear against male strangers.

I was, at first, encouraged by the truth revealed in this video, but was saddened by the male response of denial. Some men, including my own friends, don’t believe anything bad was caught on camera. “He was just saying hello, what’s wrong with being nice?” Even the super creepy five minute stalker was justified. “Maybe she reminded him of someone and he was trying to figure it out.”

Yes, unless we polygraph every man about his intent to communicate with this random chick, we could assume innocence.

Why is the focus of this video the "erroneous" reaction of women to catcalling—arguing that it's all just a misunderstanding—and not on the behavior of men, and maybe, just maybe, how they need to change their ways? CNN attempted to host a brief intellectual debate on the topic, but their male panelist defended this behavior with the gas lighting rhetoric of “women need to handle boys being boys.”

Translation: Men don’t have to alter their behavior, even if it would be for the greater good.

Real translation: This is a man’s world, so I don’t even have to consider your viewpoint as valuable. Now be a good girl and twerk for me.

Curiously, I find that the woman in the video, who remains silent, is blamed for not happily receiving the male attention. She’s not walking down the street like Belle, with a “bonjour” for everyone, and that’s a problem. “She shouldn’t feel harassed by people just talking to her,” or, “She could just smile back and that would end it,” say the comments.

Translation: Good girls smile and talk pleasantly to everyone, especially when spoken to.

Real translation: Women aren’t allowed agency over their own feelings or facial expressions.

It’s dangerous to dismiss the fear and discomfort that women are expressing as they move through the world. It devalues our experiences and voices, and normalizes a culture of misogyny that systematically controls and takes away power from women.

Catcalling is not innocent, but an example of “male privilege” that must be called out. It’s a gateway to the thoughts and behaviors that result in the mental, physical and sexual abuse of women, and an example of the sexism and disrespect that runs rampant throughout the world. Catcalling is an attempt to interrupt a woman and force an unwanted connection.

For most women, a catcall from a stranger can be translated to: “Stop for a minute so I can objectify you up close! I don’t see you as a person going about your business, I see you as decoration, entertainment for my pleasure.” Some men disagree, insisting they are just being polite and paying a lovely woman a passing compliment. But if this is the case, why isn’t there a huge culture of men saying “polite” things to men on the streets?

Many women I know, including me, respond in a “nice” way, in fear that a catcaller will retaliate if we "reject" them, placing a stranger’s ego high above our own instincts. We react in fear and submission of the “male right” over women—the right to call out to us, and their expectation that they'll get what they want. Indeed, history has taught girls to try to be good and sweet to strange men for fear they turn angry.

Recently, a woman was killed for refusing to give a persistent stranger her number. Another had her throat slashed for refusing a man’s advances. Women hear of these stories and internalize the fear of a stranger forcing a connection, then turning violent when he doesn’t get the reaction he expected.

When Annoyance Turns To Fear

It’s surreal to me that men will defend behavior that disempowers women and forces us to be frightened in our own skin. Many men are blissfully unaware and dubious of the fact that many women live in fear of what could happen when simply walking outside.

My home is near water, and a guy friend suggested a stroll around the lake to ease insomnia. I snorted, “Yeah, but I actually prefer not sleeping to getting raped and killed.” “That’s morbid” he chided, then changed the topic.

He doesn’t get it, I realized. The #Yesallwomen campaign was born out of the desire to shed light on the culture of normalized harassment and discrimination against women. Girls are taught to live in a state of heightened vigilance and caution against an encounter with a bad guy. I distinctly remember as I prepared for college, I was greeted with the proverbial congratulations!  and severe warnings against leaving my cup unattended at a party. Somehow I don't believe that pending college freshmen are sat down and urged not to spike a girl’s drink at a party.

Why does our culture rush to the defense and rationalization of boys' sexual aggression, even when it’s clearly at the expense of girls?

Catcalling is neither acceptable nor harmless. It objectifies women and singles them out in a way that is decidedly not complimentary. It puts us in fear of our safety and gives men an opportunity to intimidate themselves into our personal space. Please understand, we are not here to delight or entertain you with a smile on demand.

I may look like sugar, spice and everything nice, but I don’t need your comments about it.

Sugar, Spice And Everything Nice: The Dangerous Myth Of Boys Being Boys
Yodassa Williams