Reading Books About Women Made Me A Better Man 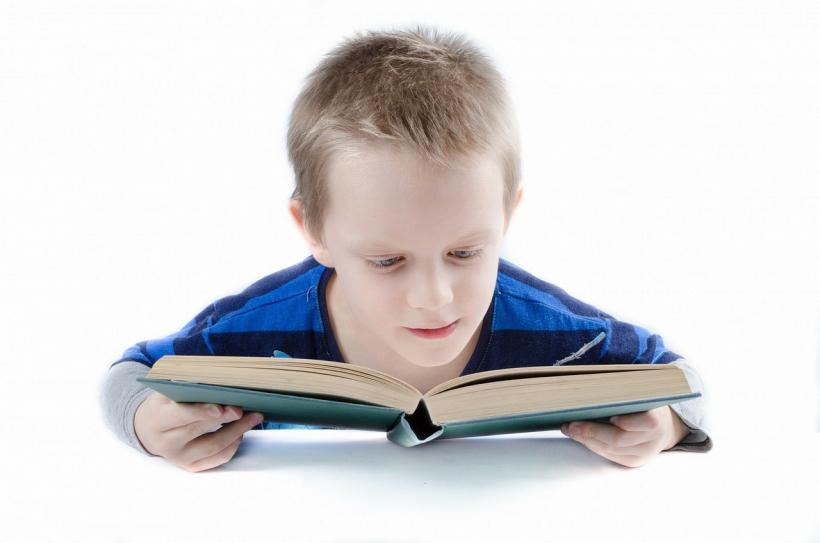 An infinite number of books featuring multi-dimensional female characters accomplish so much less if they are read by our daughters, but not our sons.

Last week, author Shannon Hale told an infuriating tale on her Tumblr about a school visit she made as part of her tour for her book Princess Academy: The Forgotten Sisters. She was scheduled to read and speak to the third through eighth grade classes in the school. Partway through her presentation, however, she noticed that the older grade rows were all girls.

Afterwards, a teacher informed her that the administration only gave permission to the middle-school girls to leave class for the assembly, and that, though a a boy student was a "huge fan" of another of Hale's books and was given "special permission" to attend, he was "too embarrassed" to do so.

Hale goes on to describe how she has experienced similar segregation at middle and high school events and noted that this is an example of a much wider problem. For one middle school visit, she learned in advance that the school planned to pull the girls out of class for her assembly but not the boys. Because Hale did not want to "be a part of perpetuating the myth that women only have things of interest to say to girls while men's voices are universally important," she told her publicist that she wasn't comfortable with such an arrangement and to ask the school to invite the boys as well as girls.

Unfortunately, when she arrived the school administration told her that they had heard her request not to have a segregated audience, "but that's just how it was going to be." To make matters worse, she learned that when the same school had a male writer visit, both boys and girls had been invited.

I've previously written about my concern that we desperately need more children's books that feature female protagonists. And further that we should be concerned about the way female characters in books are portrayed. Indeed, books often contain stereotyped and one-dimensional female characters, and I strongly believe that we must diversify our children's media so they see females as central actors and not inferiors.

But, for all the effort I and other parents of daughters make to ensure that our daughters see an array of female characters, including those that inspire and empower them, I seriously question whether it will make enough of a difference in the long battle for gender equality. In other words, an infinite number of books featuring multi-dimensional female characters accomplish so much less if they are read by our daughters, but not our sons.

In fact, it is perhaps even more important that boys read such books so that they learn that girls are also important and that their stories matter. A world in which boys never experience such stories is one in which they learn that girls and women are inferior and worth less than them. It is also a world in which boys are not allowed to embrace their full humanity. It is not hard to connect the dots, as Hale does when she writes:

"The idea that girls should read about and understand boys but that boys don't have to read about girls, that boys aren't expected to understand and empathize with the female population of the world . . . directly leads to rape culture."

"When we communicate to boys/men that women are unimportant, that men do not need to engage with the feminine, everybody loses." —Libba Bray

Let's be clear: There is no such thing as a boy book or a girl book. The fact that a school administration would engage in outright sexism by segregating classes depending on the sex of a character in or author of a book is maddening. And it is particularly tragic because children learn from what they are shown. In this case, the harmful sexist shaming that boys get from peers and parents about what media they can enjoy was formally sanctioned by a school. And apparently, many other schools do the same.

Hale ends her story by telling us about a third-grade boy who waited around after her presentation to ask her, in a whisper, if she had a copy of another book Hale had written and begun reading to the group. Hale was heartbroken that this boy was so ashamed to ask for this book, and lamented that "we made him ashamed." She hoped he would keep reading anyway and that all of us could "change his story."

Author Andrew Harwell wrote a response to Hale's tale entitled "I Was That Boy," in which he tells of the limitations placed on him during his own childhood and the segregation of books in his home, as well as his secret interest in "books for girls." Harwell remarks on how lucky he was to find the books he needed in his life and points out that although his first book for young readers—The Spider Ring—features a female protagonist, his reception at schools was different from Hale's because he is a male author.

Harwell closes with a beautiful thought. He says: "It reminds me what a powerful thing it really is, handing a kid a book without judgment. It really will stay with him for the rest of his life." As a boy who was handed many books without judgment, including many featuring girls and women, I couldn't agree more. Reading books both about girls and women and by women as a boy made me a man who loves and honors girls and women. Hearing women's stories will do that.

If you like this article, please share it! Your clicks keep us alive!
Tags
shannon hale
the forgotten sisters
Books
gender
Boys
girls