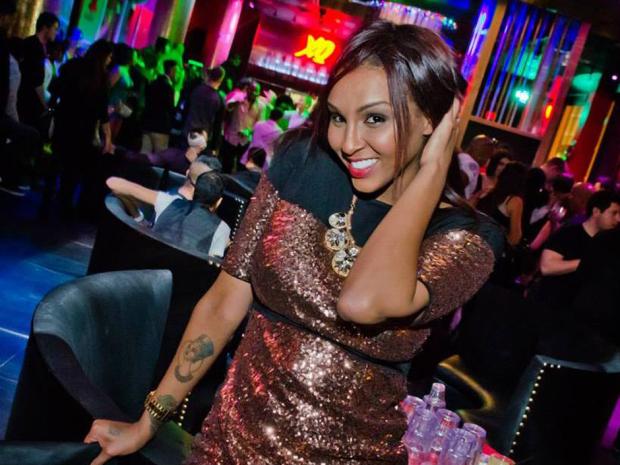 There have been seven trans women of color murdered in America so far this year. Just take a moment to let that number sink in.

My friend Xeph sent me a message a few weeks ago.

“Guess what?” she said. “I'm three years away from my life expectancy.”

Xeph will be turning 32 this spring, and as far as she knows she's in good health. She's also a trans woman of color, and by some estimates has an expected life span of 35 years. That's less than half the average worldwide lifespan of cis women, and is a direct reflection of how chillingly high the threat of violence against trans women is.

The risk of self-harm among trans women is also steeply elevated although, as Xeph points out, some people (herself included) prefer to view the suicide of trans women as “death by society.” What she means is that deeply embedded societal transphobia coupled with the lack of access to resources like healthcare, counseling, and peer support result in trans folk often believing that suicide is their only option.

Xeph drops the prospect of her death into the conversation just casually, because that's the only way she can approach the subject right now; otherwise it's too huge, too overwhelming. How can someone tackle a reality like this without breaking down? So she keeps it casual. It's her way of coping with something that seems impossible to cope with.

There have been seven trans women of color murdered in America so far this year. Just take a moment to let that number sink in. Seven women were murdered over the course of two months. Seven women died because the very fact of their existence prompted violence from transphobic bigots.

Thirty-five. I keep coming back to that number, too. A life expectancy of thirty-five years.

Sumaya Dalmar—also known as Sumaya Ysl—didn't even get that; she was only 26 when she was found dead on February 22. As a Somalian-Canadian trans woman, Dalmar's risk of being murdered was much higher than that of most other people. In fact, the last time Dalmar was seen alive, she was being chased by a man. In spite of all this, the Toronto police almost immediately ruled that her death had not been a homicide, saying that there was “no evidence” to indicate that the death was “suspicious.” They are currently waiting on toxicology reports to determine whether or not Dalmar had overdosed.

In the hours after Sumaya Dalmar's death, Toronto trans woman and activist Sophia Banks took to Twitter, using social media to express in equal measures her grief and outrage. Once the ruling that Dalmar's death would not be investigated as a homicide was announced, the tone of Banks' tweets shifted as she began demanding accountability from the police.

“I wanted clearer answers from the police as last Sumaya was seen alive was being chased by a man near the gay village,” says Banks. “I was floored that this was not seen as 'suspicious' to them.”

Unsurprisingly, this is not the first time Banks has had difficulty with the police. The relationship between the Toronto trans community and the Toronto police is strained, although the police promise that they are working hard to improve it. But Banks has experienced first-hand how dismissive of violence against trans folk the police can be; in fact, they almost seem to be deliberately obtuse about trans issues.

“My last attempt to call the cops lead to me spending 10 minutes educating the operator on what trans was. The person answering the phone for the police when I called had never heard of a trans person. In the end she decided we were like the women born as men she had seen on Jerry Springer. Since coming out as trans I have learned to not trust the cops.”

It's a toxic combination for trans women: the violence, the marginalization within larger communities, the disinterest or even outright ignorance and brutality of the police. Taken together, it creates a situation where trans women are dying at incredibly alarming rates, and there are virtually no consequences for their murderers. Think about it this way: if Dalmar's death was a homicide (which, frankly, seems likely), then her killer is out there, walking around freely. Any other trans woman could be a target. This is the threat they live with every day.

Meanwhile, the police are waiting on toxicology reports.

These deaths constitute an emergency; there's no other word for it. Cis folk need to step up and be better allies. We need to share Sumaya Dalmar's story, and repeat the horrifying statistics to every person willing to hear. We need to use our privilege to amplify trans voices. We need to find concrete ways to make the world safer and better for trans women.

With this in mind, I asked Banks what advice she might have on how to be a better ally. She directed me to this tumblr post with a collection of her tweets about allyship. Her suggestions range from contacting your local school board to ask how they accommodate trans students to organizing sewing or yoga classes for trans folk. These things are doable, and in most cases do not cost much or require many resources; some like checking with your local women's shelter to find out about trans policies, are things that all cis people can and should be doing.

This is nothing short of a human rights emergency. Why is our society not treating it like one?