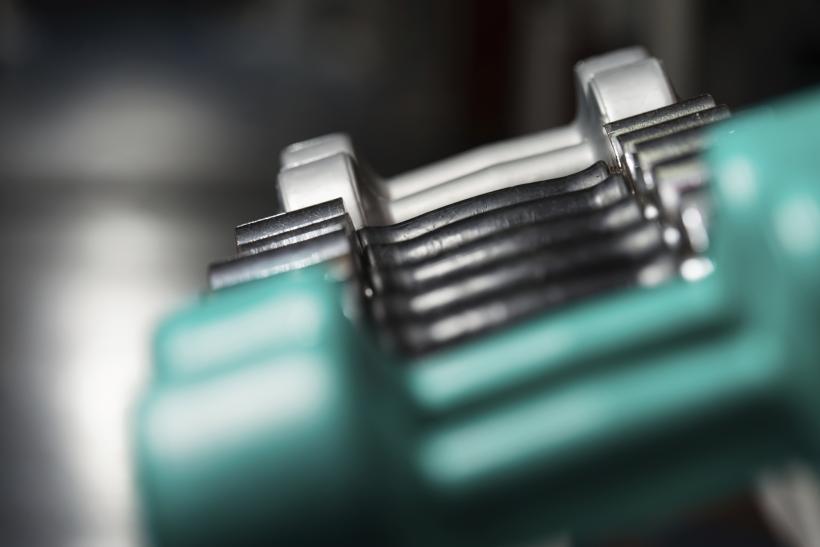 Can’t one riot and diet? Can’t one lose weight along with hate?

Recently I chatted with a fellow feminist. Like me, she was an advocate of body autonomy, body positivity, and radical self-love. And because these things claim to support and defend bodies of all shapes, sizes, and transitions, I thought the conversation would be a safe space to mention my quest to (safely and slowly) lose a little weight to help boost my energy and self-esteem.

Not so much. In response, I was fed “riots not diets” and “lose hate not weight” bumper sticker philosophy topped off with a real kicker: “I just don’t believe women when they say that want to lose weight ‘for themselves.’ I can’t believe that it has nothing to do with patriarchal and societal standards.”

Let’s discuss a few things. First off, it’s important to note that loving yourself instead of wanting to change yourself creates a false dichotomy. If we can support that a person will feel more (at peace with) themselves after chest or genital reconstruction surgery, or even after an “alternative” piercing, tattoo, or haircut, why can we not give that same consideration to weight loss? Can’t one riot and diet? Can’t one lose weight along with hate?

Secondly, it’s important to note that, yes, weight loss culture is DEEPLY steeped in fat-shaming and concern-trolling. And likely, many people (particularly women whose value by society is often based on how “fuckable” they are) turn to shedding pounds as a way to appear healthier and more attractive (even though health comes in all sizes, and more importantly, a person’s worth is NOT contingent on their health). The “thin = desirable, healthy, and valuable” machine is lucrative, pervasive, and powerful as hell. So my friend's skepticism was not unfounded.

But at its core, body-autonomy—and feminism itself—is about giving women the benefit of the doubt that they can make up their own minds, form their own opinions, and do what they instinctually feel is best for their bodies. By robbing them of that agency and assuming that their actions are formed by the desires of men, we undermine them as a whole. Therefore, the idea that a woman can't lose weight without it being about patriarchal standards? That in itself is an intensely patriarchal line of thinking.

When I empowered myself to decide to lose weight, it was about taking back power. I don’t feel confident at this weight, because it is the result of a lifetime of eating disorders. I’m a lifelong stress/compulsive/emotional eater, and a recovering bulimic and laxative abuser. I’m less addicted to food as I am simply to the consumption of it. As a chubby adult who began as a chubby child, I was the perfect trope of the last kid picked for teams in gym class, who was pummeled by dodgeballs and two laps behind everyone else on the track.

My large belly and sore ankles, then, were never a source of radical pride for me. They were the result of erroneously treating food as therapy, and lethargy as a way to avoid my fear of motion.

When I took a stance to stop letting food control my life, and stopped being afraid of the gym because of the ghosts of dodgeballs past? That's when I began to radically love myself. And if your body positivity doesn’t allow room for that type of self-love, then you might want to re-examine it.

It doesn’t stop at weight loss.

When feminist conversations about self-love and self-confidence insist you feel it right now at this moment, no excuses, it fails to consider people who suffer with depression, bi-polar disorder, paranoia, and other mental and emotional conditions.

When articles demand you put that societal fear of rejection away this instant, and march your fabulous ass into that club to be the veritable life of the party, they fail to realize that for people with anxiety and panic disorders, that’s a fate worse than death.

While the quest to throw down all insecurities and become Suddenly, Perfect Confident Loud & Proud Woman is admirable, it’s more than a bit ableist. Confidence is a journey, with no “right” or “wrong” duration, route, or method. If you can walk out your door and loudly sing your own praises in a world that aims to confine you, I applaud you. That’s some impressive shit.

But if you can’t allow others to honor their current limitations, or perhaps find empowerment in a way that does not mirror yours, you have ceased to make it about empowerment at all.

Someday, I will be able to march into a party with a mind full of positivity, and a body full of confidence. That day is not today. And that is perfectly okay.