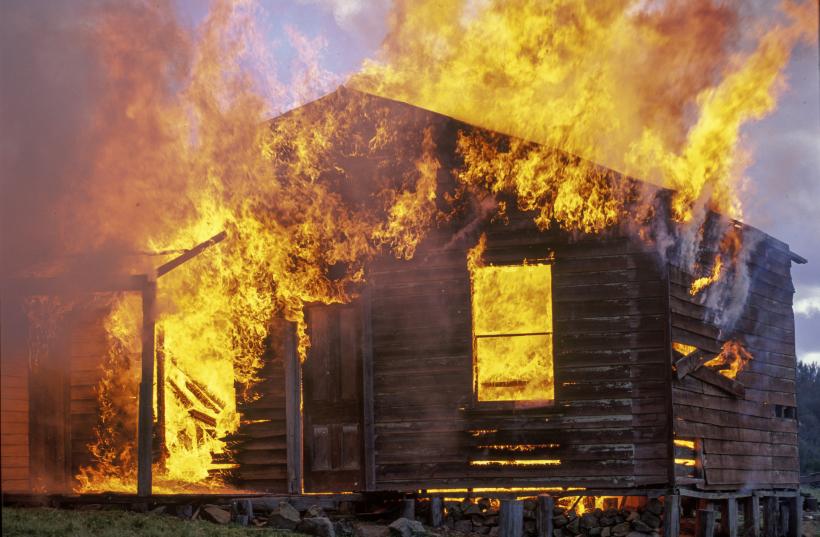 One of the most glorious things about the Internet is its ability to spread news with the velocity of a speeding bullet. On amphetamines. And the fodder that seems to spread the quickest? Human interest stories—from the depraved to the delightful. I think we can all agree they're just the bee's knees. They compel us to be better people, to rage against the machine, to write our congressmen and wallow in bed. They make us depressed, elated, triumphant, and inspired. In short? We just can't get enough of our own species doin' what they do. Especially the love-scorned kind.

According to a Pew Research poll, 84% of Americans find infidelity "morally unacceptable." So, most of us red-white-and-blue folk are opposed to it. Yet another study went further: It found that—within the realm of extramarital relationships—men are more bothered by sexual liasons, while women detest emotional affairs. While there are a host of evolutionary psychology speculations, it's not crystal clear why it bothers folks so greatly.

Anyway, with this burning desire to stake our claim and preserve honesty, integrity, and that pesky two-word vow, it's not terribly surprising that people react to adultery in, ahem, extreme ways. (Disclaimer: Property was destroyed in several instances; Ravishly does not condone any of this behavior.) 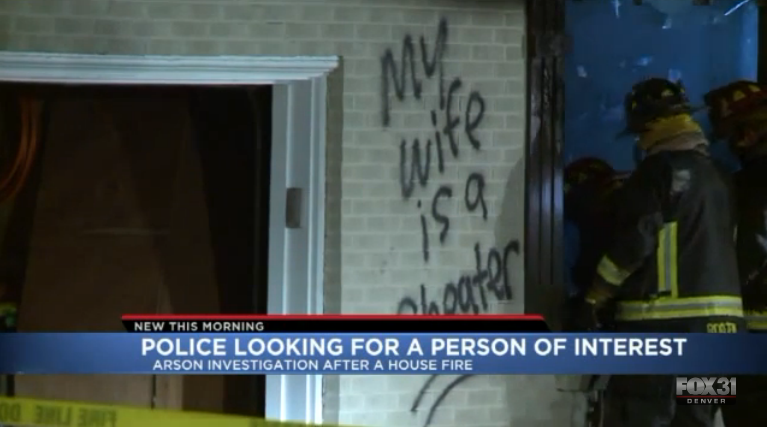 Remember when I said modern technology allows weird human interest stories to spread quickly? Check out this weeks's monstrosity: Someone wrote "My wife is a cheater" not once, but several times on a home in Arvada, Colorado, then . . . set it on fire.

Names haven't been released yet, but neighbors apparently think a "nice family" lives at the residence. The arsonist is male, and currently in custody.

I'd love to bear witness to the thought process behind this decision. "Woman is harlot. Must.Destroy.With.Fire!" Never mind that their children now require a good 30 years of therapy.

A Horse Of A Different Color

Be wary of those farmer dating sites. You never know who's on the other side of the, um, gate. In early 2013, a man discovered that his wife was active on a rural-themed dating site called KissingGates. Worse yet, she had referred to him as "crazy" and a "complete idiot" in her interactions on the site. Some see "crazy" as an insult, others perceive it as a challenge. This fellow was of the latter camp, as I'm sure you could guess. To demonstrate just how "crazy" he indeed was, he proceeded to dump a load of horse manure on his wife's car. The car was dirty . . . but not destroyed. 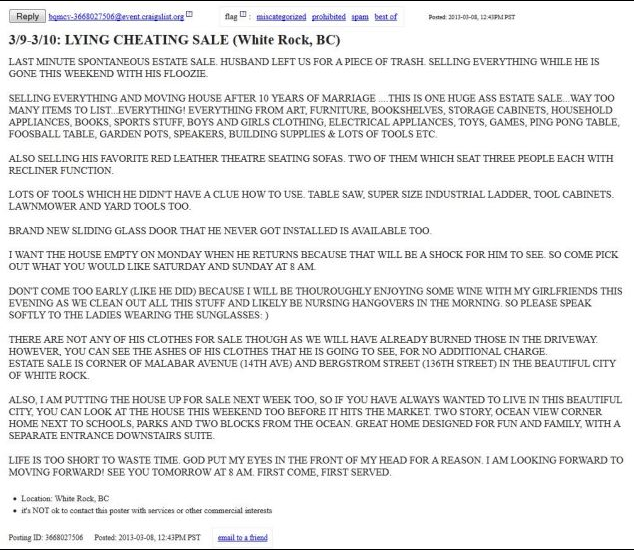 In the spring of 2013, a Canadian woman posted a Craigslist advertisement to drive traffic to her, yes, revenge yard sale. According to the ad, the husband left for the weekend with his "floozie" (despite a 10-year marriage and children)—so the lady was feeling a bit scorned, shall we say.

The ad invites locals to peruse "lots of tools which he didn't have a clue how to use" along with other personal belongings of his. (And the ashes of his burned clothes at no extra charge!) And prospective buyers were warned not to "come too early (like he did)." Ouch. To her credit, the sale did include items (like outgrown kids' clothes) that didn't pertain to the philandering man. A little pragmatism in the time of tragedy never hurt anybody.

At the end of 2014, a 29-year-old woman named Ting Su discovered that her hubs was getting frisky with her own twin sister. It's not clear how she came to know this, but Ting Su was determined to seek revenge. She used a tracking app on her phone and discovered the two were in a public parking lot. With the bitter taste of vengeance on her tongue, Ting Su headed to the parking lot. Upon arriving, she realized that the pair were not only having a tryst, but having sex—right then and there—in the car she shared with her husband.

Shocked upon seeing Ting Su lurking outside the steamy window of their love-making, the cheating pair leapt from the car. Naked. Ting Su saw her opportunity; she jumped in the car, locked the doors, and drove away. The naked couple stood humiliated in the parking lot while onlookers laughed and took pictures. 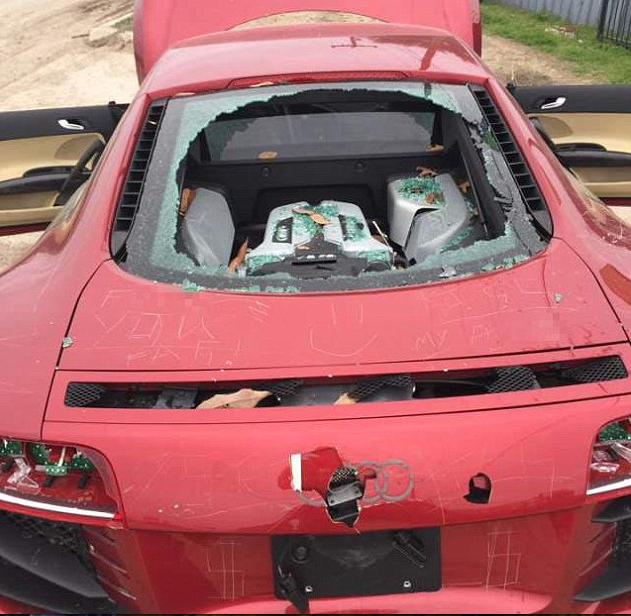 Last month, a woman took a certain Carrie Underwood song to heart. While some of the nitty gritty details are a bit murky, the tale is as old as the Louisville slugger: Man cheated, lady wants revenge. This woman (who you should avoid, at all costs) took her revenge on her man's prized Audi R8 V8. She smashed the windows, most of the exterior, the speedometer, and dashboard—but she was just warming up. After this, she ripped apart the leather seats, keyed the exterior and wrote "fuck you" with a smiley face, and carved dollar signs on the back above the bumper. Oh, and the stereo was missing, as were some electrical bits.

The car—which fetches over $100,000—is, well, completely destroyed. As is some trust, I can imagine.