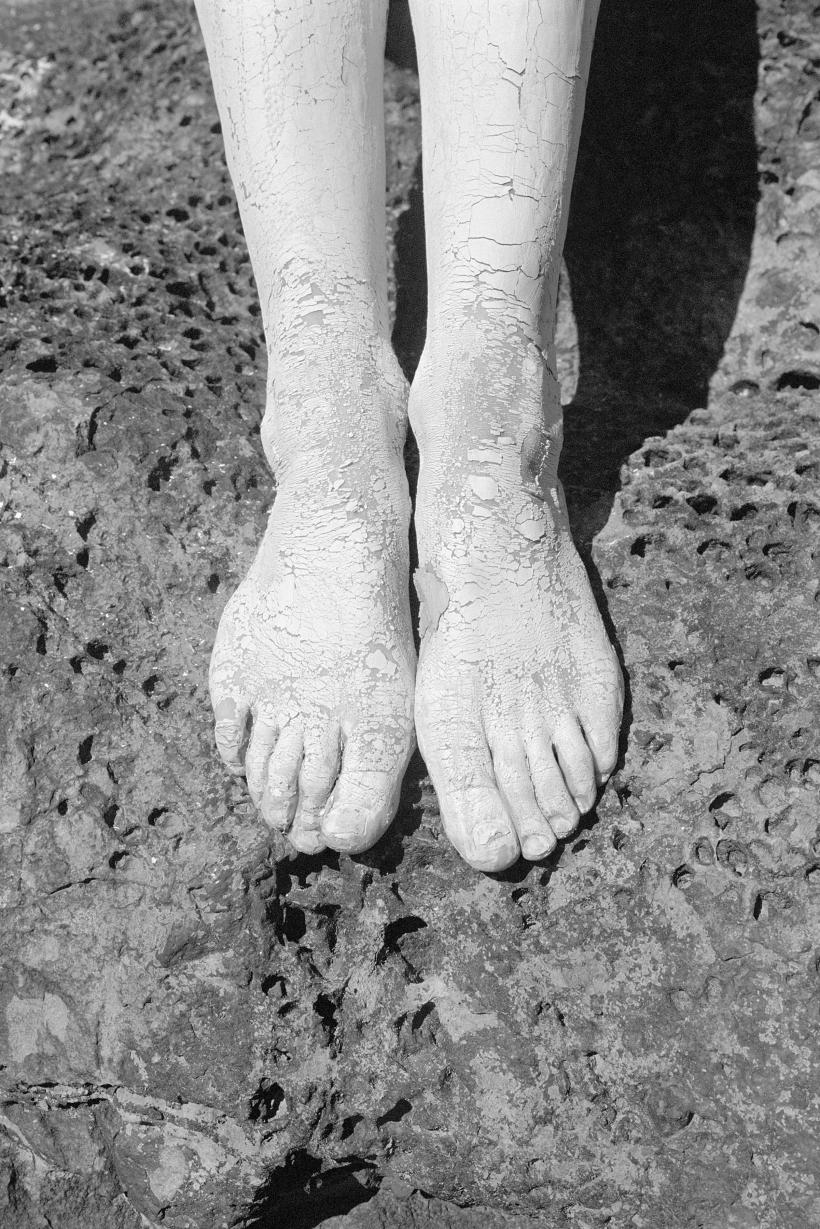 Pure animal instinct sets in as she slaps her thighs to the sound of drums beating, sun sizzling. A buzzard caws in the distance. Naked, skin slick with sweat, she unfurls from a low crouch into an upright posture. She expands her body to make the most of her sound, bellowing from the bottom of her taut, muscular gut. The birds abandon their posts in the pepper trees, sending tiny, oblong leaves raining to the ground.

She presents raw meat to the flame, but not before massaging the hunk to tenderness with her bare, oiled hands. The entrails must be eaten raw—and quickly. The smoke and scent of charred meat ascend to the heavens, signaling it’s time to feast. She doesn’t notice the blood collecting in the corners of her mouth as she relishes in the pure delight of chewing, working her ancient jaw.

With a full belly and quiet mind, she dips into a pit of cool mud. Buried up to her neck, she cakes her face so that she disappears wholly into the earth. Time and memory evaporate into the visceral now. She slides her hand into herself and manipulates the place from which she derives pure ecstasy. She dies and becomes reborn over and over again until every cell in her body reawakens with new life.

She’s cracked. The mud, having dried into a hard shell, breaks as she walks. She throws herself into a pool of sun-warmed water, and lets her body sink to its heavy, frigid floor. When her lungs begin to pound against her ribcage, she’ll extend back up toward the light, hanging on until she emerges purified.

Earlier that morning, she called it basketball practice because what did she know about those things.

“It’s not practice because we have nothing to practice for,” her husband graciously explained.

“Come back soon,” she said, packing up his gym bag, “I’ll miss you too much.”

He smiled and patted her on the head. She sipped her mug of coffee in the driveway as she waved him goodbye. She locked the door behind her and tossed her nightgown to the floor. That’s when her ritual began.

If you like this article, please share it! Your clicks keep us alive!
Tags
early morning ritual
secrets from your husband
flash fiction
marriage