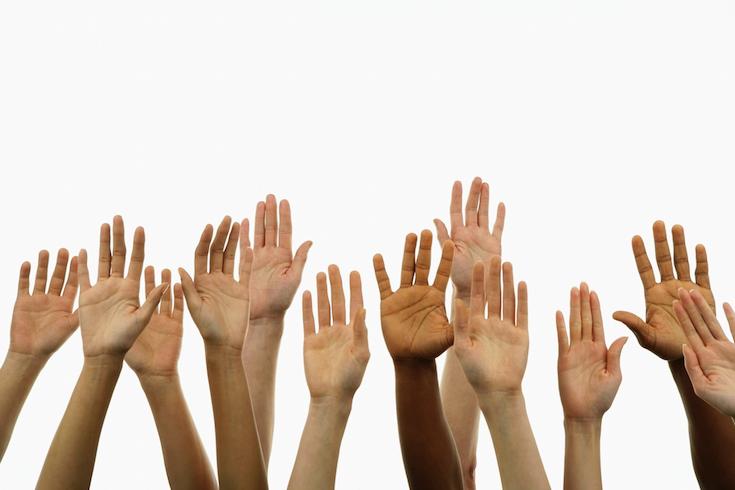 People come in many shades

Instead of categorizing people as different colors, I proposed we might begin to think of each other as Earthtones—because our skin colors are based on hues from the earth. Just as the planet is made up of a myriad of shades, it’s still one cohesive entity. We can be thought of as one entity also.

Like most people, I’ve been extremely troubled by the way racism has been rearing its ugly head in the news lately. Ferguson, Baltimore, Staten Island, and beyond. The way we judge people by their skin shade, the way it divides us, the way it kills.

Although I’m technically white, I’ve always identified more with being beige. As a kid growing up in the 1960s, I was secretly thrilled when an African-American family moved into my mostly Norwegian-Greek-Italian-Irish neighborhood. At least now someone was browner than me.

As the darkest one in my Italian-American family, in the summer I tan even deeper. Because of the way I look: thick, wavy, shoe-polish black hair (before it grayed) and chocolate-colored eyes, people are always assuming I’m something I’m not. I’ve been mistaken for Indian (both kinds), Yemenite, Latina, and biracial, to name a few. A friend’s beau was actually disappointed that my heritage was plain old Calabrese instead of hailing from exotic Mumbai.

Once, trying to be friendly, a store vendor asked if I marched in the parade the day before. I was befuddled. Parade? Then I realized he was referring to the Puerto Rican Day Parade. Why would he assume my nationality just by the cast of my skin?

Another time, a nanny asked in Spanish if the blonde-haired, blue-eyed baby I wore strapped to my chest was my son. She seemed incredulous when I responded, “Si.”

All nationalities are guilty of color-shaming. In India, it’s undesirable to be of a deeper skin tone. In Hispanic households, the darkest-skinned relative is often nicknamed “Negro”—Spanish for “black.”  A Latina neighbor once asked my mother-in-law if that “Mulata” was married to her son.

Likewise, many Italian households practice complexion prejudice. My grandmother loved to tell the story of the time her husband’s mother mentioned how olive-skinned Nana was. My newlywed grandma quipped, “You’re no bottle of milk yourself.” The subject was never broached again.

Episodes like this have stayed with me and weighed on my mind throughout my life. Maybe that’s why I came up with a concept called “Earthtones” when I was just a teenager. It’s based on the premise that people are not truly black or white or any other shade. And think about it…have you ever met a person who was as black as coal, yellow as a sunflower, red as brick, or white as a cloud?

Instead of categorizing people as different colors, I proposed we might begin to think of each other as Earthtones — because our skin colors are based on hues from the earth. Just as the planet is made up of myriad shades, it’s still one cohesive entity. We can be thought of as one entity also.

A bit simplistic, yes, but hey, I was only 16 at the time. I wrote an essay, carefully edited it, proofread it, and shipped it off to Seventeen magazine. It’s no surprise that I never heard back from them.

I think novelist Walter Mosley does it best. He’s a fabulous writer, mostly of crime-type mysteries. Easy Rawlins and Leonid McGill are some of his most memorable creations. Mosley has a gift for describing his characters’ physicalities so vividly that it seems like they’re in the room with you. In Mosley’s books, no one’s merely black, brown, yellow, or white but sports skin the color of coffee flooded with too much milk, the deep shade of an eggplant, the ochre of clay, or that glistens like a new copper penny.

A handful of films have addressed the skin game, or more closely, the ambiguousness of color. For example, there’s a scene in Precious that stands out in my mind. In it, the title character asks her social worker (played by a prettied-down Mariah Carey) something along the lines of, “What the hell are you anyway? White, black?” It’s as though the woman’s very skin tone offends her.

Bulworth is perhaps the brashest. In it, Warren Beatty plays a ruined senator who speaks his mind in public after he falls for Halle Berry. At one point, he goes on a TV rant (decked out in hip-hop gear) that ends with, “We just got to eliminate them…white people, black people, too, brown people, yellow people. Get rid of 'em all. All we need is a voluntary, free-spirited, open-ended program of procreative racial deconstruction. Everybody just gotta keep fucking everybody till we're all the same color.”

Nobody, not even the media made a big deal about Bulworth’s revelation, but to me it was an astounding epiphany. I don’t know why it’s not a mantra, a cleaned-up version anyway: “We should all just love each other until we’re the same color.”

It seems that children, in all of their beautiful honesty, see life as a Crayola box. I’ll never forget one profound observation. My friend Maureen’s son Jackson, born and raised in Michigan, had never witnessed the phenomenon of mahogany-skinned nannies raising ivory-skinned children. Very innocently, on a visit to his mom’s native New York, five-year-old Jax asked, “Why do brown ladies have pink babies in Brooklyn?” The nanny situation was patiently explained and he did his best to grasp it.

Still trying to piece it all together, Jackson then asked a pregnant cousin, “Are you going to have a brown baby or a pink baby?”

What’s the answer to abolishing color-shaming? I wish I knew. But one thing I do know is that dividing each other along color lines doesn’t solve anything. It only amplifies our differences instead of celebrating our similarities — that we’re all children of the earth.

Earthtones…it wouldn’t diminish what each of us is but simply unite us. It might not be the solution to racism, but it’s a start.

If you like this article, please share it! Your clicks keep us alive!
Tags
race
racism
multiracial
minority