The Art Of Arguing: Fair Fighting 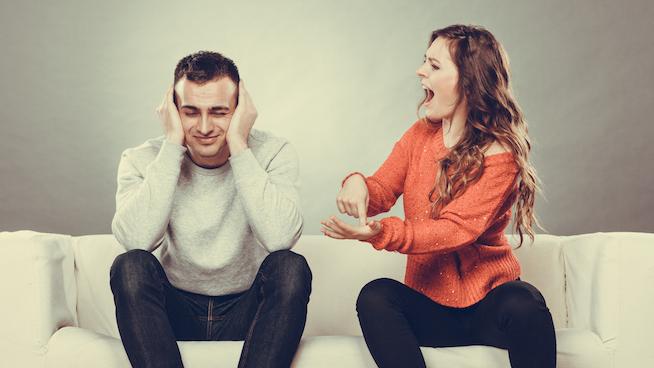 It's bound to happen. Even in the best relationships. Whether it's about toilet seats or toothpaste tubes, arguments take on many forms. They can be hurtful, competitive, playful or revengeful — they can even become a Taylor Swift song.

Serious issues, such as finances and fidelity, can produce emotional scars or lead to The War Of The Roses scenarios. But, there's hope. Learning how to argue can result in a better, long lasting relationship.

We've heard this before. Why does it matter?

Most of this is formed during upbringing. We're raised in different households, different cultures, and in different family forms. This molds our views and beliefs. It forms individuality. That isn't changed easily. And realistically, should you change to better your relationship? It would be a boring world if we all had the same thought patterns and beliefs.

Dig into your partner's upbringing and learn about family, values, cultures, and significant events. Knowing why your significant other has opposing views can give you a clear perspective. It may be baggage, but it's important baggage that you carry forever. And forever is a long time.

Acceptance can lead to mutual understanding. So when you agree to disagree, you know why. It's not personal. It's just part of your makeup. It's what makes you you.

Eight Ways To Leave Your Gloves On

After one divorce and nearly 25 years in my current marriage, I've learned a lot about fair fighting. Try some tips I've learned:

1. Avoid name-calling. In the heat of the moment, your tongue can wreak havoc. Think before you speak.

2. Avoid past mistakes. Concentrate on the present. Constant resurrection of past mistakes is like an infection that won't heal. You think it's better, but it keeps coming back. It's not only annoying, it may eventually be the last straw.

3. Avoid relative bashing. Hurtful remarks about his mother will be like gasoline on a fire. Keep it about the two of you. Period.

4. Consider your partner's view. It's valid in his/her eyes. Be willing to consider it, call a truce, and discuss it later. This will give you time to think about it.

6. Never get physical. It isn't necessary. Ever. Not in any situation or argument. If it gets physical, get out. Physical aggression/abuse is a much bigger problem than a difference of opinion.

7. Don't air your dirty laundry. If your partner gets wind of it, it may cause another argument. Keep it between the two of you. The only third party should be a professional counselor, IF it comes to that. It may be necessary if you can't find common ground.

8. Be open. Open to change. Open to other opinions. Even if you disagree, be open to listening and trying to understand. Grasping why someone has certain feelings can foster an understanding attitude. And once you understand, acceptance can take place. Healing can begin.

Arguing is part of all relationships. Healthy arguing is a learned art. So, learn the art of fighting. And have a better relationship. And fewer sleepless nights.

If you like this article, please share it! Your clicks keep us alive!
Tags
marriage
Relationships
fair fighting

Why Bangs Are Your BFF
Kelli H. Clevenger

Does A Double Standard Exist In Your Relationship?
Kelli H. Clevenger

Is Your Handbag Hurting You?
Kelli H. Clevenger