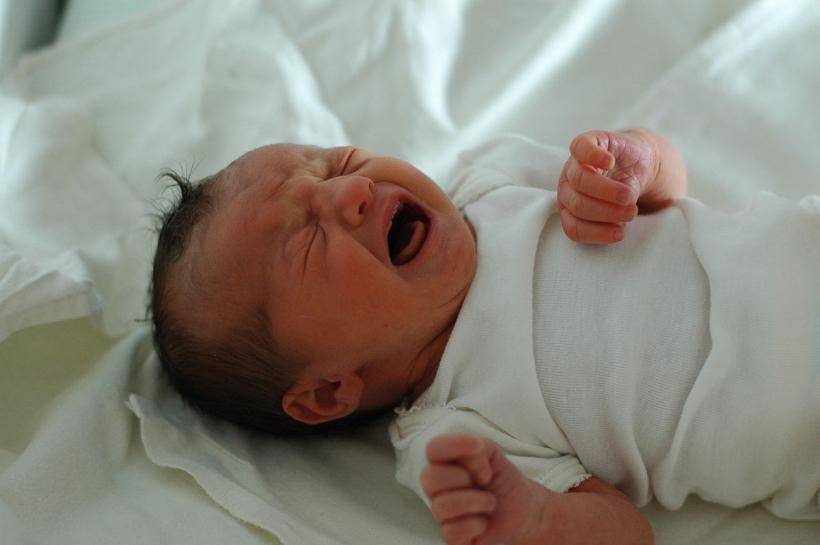 You know those mega-jarring, middle-of-the-night yowling screams they do? A new theory has popped up that ponders a simple answer for why your baby is crying; and no, it’s not out of hunger or the sure-to-be-awful wet diaper feeling. Nope, this theory is questioning if the little tikes are actually sobbing strategically to tire moms and dads out to prevent them from doin' the dirty and making more babies!

And while the minds-eye visual of babies conducting secret suckle meetings and casual world-domination plans à la Stewie is stellar, science believes otherwise. The new theory is that babies have evolved—complete with lungs designed for screaming—to be prone to wail at night in the hopes of keeping future siblings at bay, at least while they still need breast milk to feed. (Fewer siblings equals less division of love, affection and resources. A somewhat primal conclusion that totally makes sense. Pretty sneaky, sis!)

But perhaps the most fascinating part about this study is that it suggests that babies are actually the ones holding up a new mother's ovulation cycle. (It’s the milk production that makes women less fertile during this time—it’s not impossible to get pregnant right after giving birth but it’s less likely. And all that wailing and late-night check ups definitely act as a mental, physical and emotional deterrent to having another baby ASAP.)

And get this—nursing mothers don’t get their periods until after their infant has weaned off breast-milk; it's basically the baby's way of telling its mama, "OK, you can move on now, I'm all good with yer breast, thanks."

It kinda makes us wonder. If all this hullabaloo is true, (sadly we can't ask those damn rug rats if it is), they're not quite the blank slates we've always thought they were—nurture and nature are at it again.

As a who knew?! bonus here's a hot bevy of totally cool and downright eerie things that babies can do from grabbing shit with monkey strength and reading lips to casually keeping you from conceiving a second child until she/he sees fit...