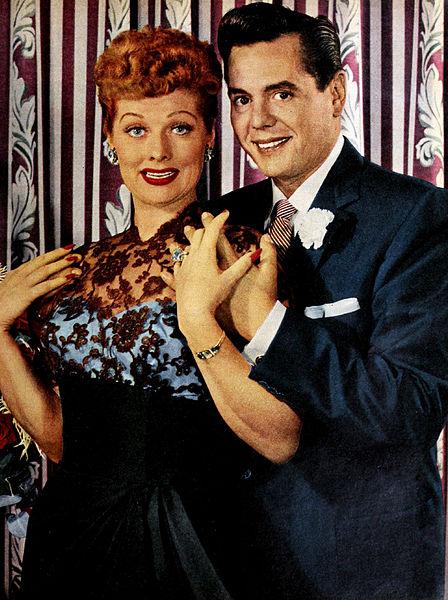 We’ve come a long way since the duo-chromatic days of black and white TV. The dawn of Technicolor was big, sure, but we’re really talking about the evolution of depicting l.o.ve. – namely, interracial couples and families on TV. Rainbow-ed families are commonplace these days, so much so that (dare-we-say) we might finally be at a place where an interethnic couple ain't headline news anymore – on TV or otherwise.

There’s real life, and then there’s the way things are on the tube, right? Not always.

It’s a two way street co-flooding each other with information. The casts, crews and writers of TV shows carefully incorporate intricate details of humanity and relationships to give audiences a 360-degree view of the characters’ lives and emotions. In turn, we're (hopefully) exposed to situations we ourselves haven't had the opportunity to experience yet. And yet ironically, viewers (you know, “us") – we’re the prototypes. Our wonderfully sordid, (un)spectacular lives inspire much of what transpires on the small screen these days. TV and reality: mutual reflections that simultaneously urge the other to progress.

Commercials, reality TV, but especially primetime network television, are mediums in the unique position to affect millions of people in one fell swoop, effectively sparking conversations about race and the perpetuation of societal norms.

So just how many unions does it take to make interracial marriage "normal"? 5.3 million apparently. That’s the number of married American couples that identify their relationship as interethnic. That’s a sizeable chunk of our 314 million (or so) nation!

One of the reasons we gravitate towards primetime TV is the presentation of the familiar; in many ways we don't want the extraordinary – we want the lives of regular people. And with more than 22 shows celebrating interracial relationships, it seems were happily hurtling towards a place where “regular” means the color of love ain't red – it's intermixed. And it’s just not that big of a deal. Which in itself, is the biggest deal of all.

Naysayers will always holler and shake their fists, but we believe it's a shrinking minority. Times have changed since Lucille Ball had to battle to get her Cuban hubby Desi Arnaz on I Love Lucy, but it’s not all easy breezy quite yet. While it’s definitely become more taboo to hate on love there are those (like the folks who flipped out about the Cheerios commercial depicting a white woman with a black husband) who have a long way to go in shifting their racial paradigms. But the idea remains that through the penetrating reach of television (and of course a big wallop of celebrity worship) the nation is slowly and steadily being primed to interpret these unions as ordinary.

We clearly haven’t reached the post-racial America promised land, but it’s refreshing to see so many of these couples combating everyday drama (jealously! dishes! affairs! money!) that accompanies any relationship, rather than only race.

The bottom line? Love is love, no matter what form or color it takes.