4 Reasons To Stop Asking, "When Are You Going To Have A Baby?" 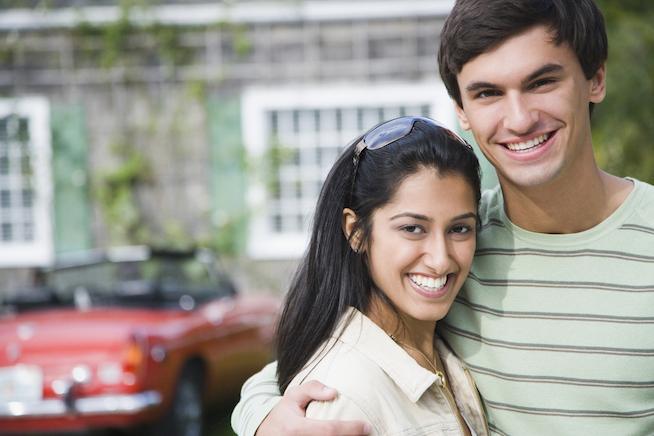 Just don't do it.

Just because a couple decides to marry doesn’t automatically mean that they want kids.

"So when are you going to have a baby?"

That was the first question asked on our wedding day — prior to the obligatory congratulations. ‘Erm…one day?’  I replied. And so it began, the fertility interrogators: "Your eggs are not getting any younger." "You’d better hurry up, the clock is ticking." "Are you barren?" This continued throughout the first couple of years into our marriage.

And while I suppressed the urge to scream expletives at every one, I learned we were not the first (and certainly not the last) married couple who wished they would just stop asking and mind their own business! Ironically, even when we did have our baby, they still were not satisfied ("When is baby number two coming?"). Arrggh!

But there are a myriad reasons why couples are not pregnant — when you want them to be — and they certainly are not going to share them with you.

So before anyone decides to constantly poke their noses into a couple’s fertility business, here are some good reasons not to:

1. They May Have Been Trying For A Long Time

There is an expectation that babies are conceived the minute a couple gets married. After all, you just have to have lots of sex right? Wrong! Many couples have been trying for a while, sometimes years to conceive and have struggled with fertility issues. This can often be a stressful and emotionally draining time, affecting both people individually as well as put strain on them a couple. So it can be highly insensitive to keep asking about baby matters — that only adds to the pressure.

2. They May Not Want Children

Just because a couple decides to marry doesn’t automatically mean that they want kids. Many couples in loving relationships simply want to share a life together — without any children. There is no rule to say they should.

3. They May Want To Enjoy Life Together First

Contrary to popular belief, there is no time limit after a wedding day for having children. Most married couples want to enjoy married life together first. They may want to do adventurous things together, travel, or focus on career goals before they decide to have children. Many want to wait until they are emotionally ready and stable — rather than when it’s ‘socially acceptable’ to have a child.

4. They May Have Suffered A Miscarriage

To experience the initial elation of falling pregnant, only for the pregnancy to fail, can be a traumatising and extremely sad time. This can affect couples in different ways, and the idea of trying again may be filled with increased anxiety. Couples may also be going through the trials and tribulations of IVF — which is not always guaranteed — and may not want to get their hopes high.

Rather than making assumptions, it’s probably best not to keep asking when and just wait until they are ready to announce it! After all, surprises are much more exciting.

If you like this article, please share it! Your clicks keep us alive!
Tags
fertility
childfree
marriage