Top 5 Political Happenings To Watch For In 2016 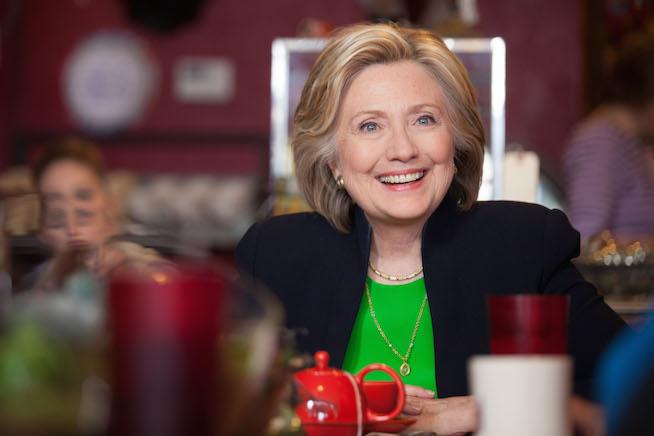 I know it’s tempting to vote absentee, but if you can, show up in person. It is one of the rare moments we get to be civic together.

The year ahead promises to be a whopper of political intrigue, events, and (probably) scandal. Here are the top stories to watch as we head into the hype that comes but once every four years: A presidential election.

In nominating a candidate, both the Democrats and Republicans give mighty heft to the votes of Iowa, New Hampshire, Nevada, and South Carolina caucus goers. Those states host the first primary contests, and it’s an understood Beltway truth that a failure to win at least one of these states will terminate a campaign.

This year could be a wild one. The Donald has thrown typical wisdom out the gilded Trump Tower window, proving to be a formidable Republican front-runner, despite various and continuing foot-in-mouth moments and general chauvinistic jerkery.

Why? Well, despite “surviving” 11 hours of congressional testimony and emerging none the worse for the wear, Hillary Clinton remains under FBI investigation. Did she break the law when using a private server and email address whilst serving as Secretary of State? The experts are divided. It seems abundantly clear that she had a break with common sense. Especially as one of her own State appointees was fired for the exact same thing.

Very unlikely event: the Democratic nominee ends up under some sort of arrest in the midst of a presidential campaign. Odds are low, but keep an eye on it. You might want to have a Possibility B in your back pocket, just in case the unthinkable unfolds.

The first deal of its kind, signed in Paris a few weeks ago, will require all countries to make an effort to reduce greenhouse gases. Its goals are lofty, but their implementation is where the rubber meets the road.

Western countries can be more or less relied upon to begin making changes, but whether or not certain developing countries with little to no record of governmental integrity will take the big bucks coming their way and invest in green energy? Call me a cynic, but I give that long odds.

Barring the chaos Democrats will face if Clinton is barred from running (see #2), the Democratic Convention will be a well-planned sequence of speeches and promotional filler to announce Ms. Clinton as the nominee. There is, however, a small chance that the Republican Convention could be the unplanned, uncoordinated chaos of long ago.

You know what I’m talking about: a contested convention. Essentially, no one candidate would have a clear enough lead to lock up the nomination ahead of the convention. In that case, delegates (who number in the thousands) would show up and cast their first ballot to whomever they’re promised (it really sounds a lot like medieval betrothal. And who are these phantom “delegates,” you ask? Good luck on figuring that out).

But after that first round of voting, delegates are free to vote for whomever they want.

It’s a political reporter’s dream, Reince Priebus’s nightmare, and perhaps the only way of avoiding a Donald Trump nomination.

It’s the big one, friends — the main event. If you’re not already, get registered and get ready to vote. Come November, we will have a new President-elect.

Some other happy offshoots of campaign season:

Voting day: I have my old-fashioned moments. One of them is standing in line to vote in 2012. There were young and old standing around me, the line snaking outside and around the building, and I heard like-minded fellow voters, and fellow voters who were vocally advocating casting a ballot for the other guy.

I loved it. I know it’s tempting to vote absentee, but if you can, show up in person. It is one of the rare moments we get to be civic together.

Because the nature of politics is unpredictable, still stay tuned for what promises to be a wild year on the political ride.

If you like this article, please share it! Your clicks keep us alive!
Tags
2016 Presidential Election
donald trump
Hillary Clinton
Paris Climate Deal