Why You Should Never Compare Sex Partners 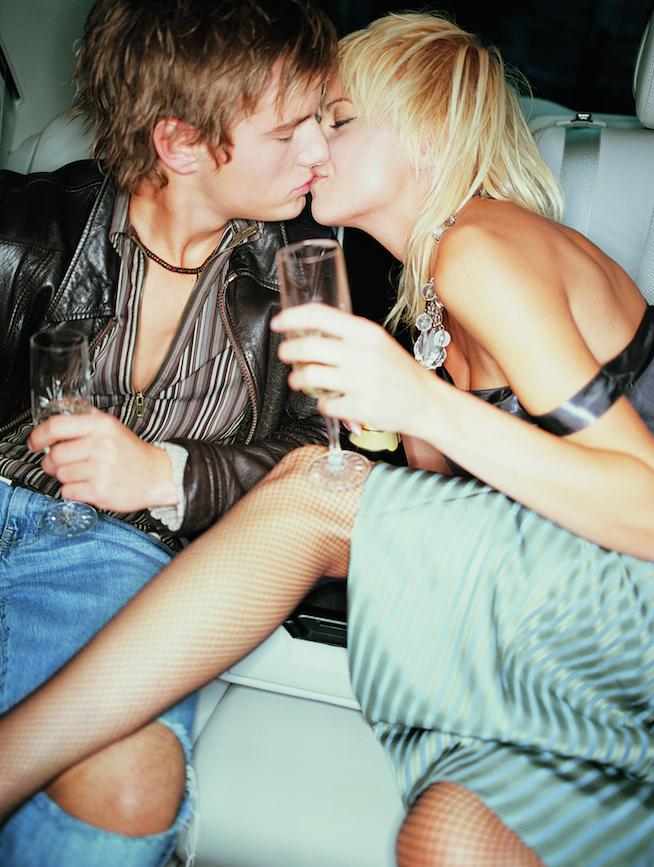 "Comparison is the thief of joy."

As the saying goes, “comparison is the thief of joy,” or, in this case, a happy sex life.

I have slept with seven men: five bona fide boyfriends, one guy I was seeing for a time, and one one night stand. According to Slate’s sex history calculator, which is based on data in the General Social Survey from 2006-2014, I have slept with more people than 53% of my female peers, which I think gives me an edge comparing the sexual performances of men.

Following him came the One Night Stand, who was able to get me off from penetration, but I chalk that up to his size and the amount of screwdrivers (no pun intended) I had downed that night.

Then there was Boyfriend #2, with whom I could easily orgasm from intercourse. It felt like a dream come true to be able to come over and over without issue, especially when so many women have trouble achieving orgasm from penetrative sex. Then again, I probably stayed in that relationship for far longer than I should have, solely because I didn’t want to give up my source of orgasms.

After him came short-lived Boyfriend #3, with whom I could climax, but not nearly as frequently. I blame this on his sexual selfishness and general naivete about such matters as foreplay and overall intimate connection.

Then there was Boyfriend #4, who became Husband #1. With him, it was easy to get off from intercourse alone, and, again, I had misgivings about sleeping with new men after him. When sex is easy and satisfying, you can only go down from there, right?

Then I got myself a Friend With Benefits. With him, getting off wasn’t completely effortless, but it was possible to have multiple orgasms, especially when certain positions were concerned (doggy-style, anyone?).

Because of certain conflicts of interest (I wanted a full-fledged relationship while he was content with just having sex), I hit up Tinder and met someone I was interested in. We dated for a week or two, and slept together enough times for me to get the lay of the land. Again, I couldn’t simply lay back and orgasm, but I did climax regularly, and that was good enough at the time.

Despite my current satisfaction, the problem with having sex consistently for 10 years is that each new partner has to bear the burden of the guy who came before. Once I’d had sex with guys who could deliver orgasms like a machine, it became harder for me to be satisfied with working toward an orgasm, even if all that meant was switching positions. My mind would wander, and I’d find myself thinking about past sexual encounters, and the men I’d had them with.

If my current sexual partner wasn’t as well-endowed, as long-lasting, as fit, as adept in technique, or as lustful as someone who came before him, I’d wonder if I was missing out; if I had made the right decision to move on to someone new.

And I’m not the only one. According to an article in the Daily Mail, 38% of women confessed that they’d had the best sex of their lives with an ex, while the New York Post reported that 52% of women said the same thing.

However, the same sources reported that what qualified as good sex was passion and instability. Basically, if you care for someone, but feel like you’re constantly unsure of your footing in your relationship with them, the sex tends to be better because it’s marked by desperation. In comparison, a stable, healthy relationship tends not to supply that urgency, and thus the sex can seem lackluster.

I can vouch for this. My relationships with Boyfriends 2, 3, and 4 were, at one point or another, unpredictable and emotionally unsatisfying. They may have had the right attributes on paper (length, girth, body fat percentage, stamina, etc.), but I also experienced emotional abuse, insecurity, and lackluster communication, all of which contributed to the demise of the relationships.

Which brings me back to the problem with comparing your partners. If all you’re looking at are the physical attributes of the sex you’re having, you’re looking at the parts of sex that may be easiest to analyze at first glance, but that won’t hold up long term.

The men I’ve slept with that have expressed more of an interest in getting me off through alternate means than just penetration aren’t better or worse in bed than the ones who have made me come simply by showing up with great equipment in their boxers. However, I believe they’re better suited as long-term partners, simply because they’ve got a go-getter attitude. They’re focused on seeking out pleasure by whatever means necessary, and are willing to take some roads less traveled by in order to get there.

My point? Stop comparing your current lover to the ones who came before. As grown women, we know what we like, we know what we don’t, and we can usually tell who will be able to provide that to us. If the guy you’re sleeping with fulfills you sexually, then what more is there to be concerned about? As the saying goes, “Comparison is the thief of joy,” or, in this case, a happy sex life.

So stop comparing and start enjoying. Trust me, your erogenous zones will thank you later.

If you like this article, please share it! Your clicks keep us alive!
Tags
Sex
comparing sexual partners
sex advice
orgasms