I’m Not Done Talking About Miscarriage And Here’s Why 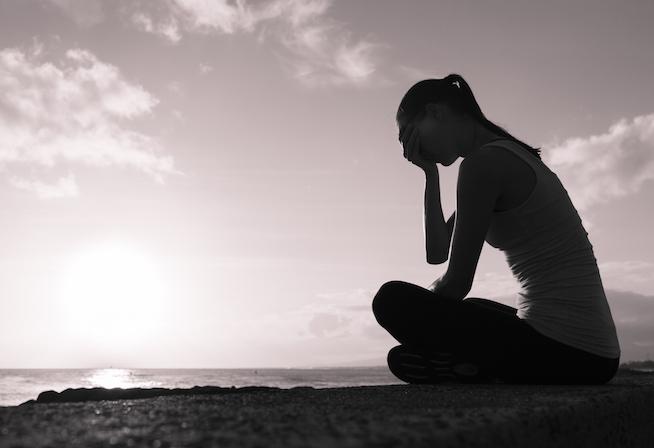 You deserve to grieve.

Grief is an illogical process. And a person going through grief about miscarriage or anything else absolutely has every right to feel whatever they feel, regardless of whether or not it makes sense to you.

Last month, I wrote about what I’ve learned from having three miscarriages in six months. Most of the comments were positive and supportive, but many of them — particularly on Facebook pages — were not quite so sympathetic. Now, as a general rule, I don’t engage in the comments, but it’s hard not to read them and feel a need to respond. In that spirit, here are some further thoughts on miscarriage, the Internet, and how we can be supportive to women going through one.

You are not a doctor. Well-meaning people love to give advice on the Internet, especially about medical stuff. So some commenters wrote that I had not adequately allowed my body to rest and that’s why I had multiple miscarriages. Some said that I did not need fertility treatment since I could clearly get pregnant. Others told me that it was likely autoimmune and one commenter was sure I have lupus. Listen, unless you are a medical doctor — actually, unless you are a reproductive endocrinologist who specializes in fertility and has reviewed my medical records, please don’t give me your medical opinion. I know you are coming from a good place. Please share your own experiences and what you’ve learned. That is thoughtful and helpful. But the last thing a woman needs to hear is your diagnosis of her situation, so just stop.

You still get to mourn a miscarriage if you’ve had an abortion. In one comment thread, a woman went off on a pro-life tangent about her friend. She opined strongly that her friend didn’t have a right to mourn a miscarriage because she had previously had an abortion. Guess what? It’s 2016. Abortion is a legal procedure and women have them for all sorts of reasons that are 100% none of your business. I had an abortion many years ago. I was young, on drugs, and a complete wreck. It was one of the hardest decisions I have ever made and the weight of it has never left me. However, I do not regret it and it in NO WAY diminishes my right to grieve these losses. Also, for the crazy commenter who suggested that having a D&C for a missed miscarriage was denying God’s opportunity to give me a miracle —shut up, crazy person.

You don’t get to decide what someone else feels. A few women (I say women because I think 100% of the comments across all sites were from women) said that I should not be feeling shame that it was silly, that they didn’t understand how I got to shame. Grief is an illogical process. And a person going through grief about miscarriage or anything else absolutely has every right to feel whatever they feel, regardless of whether or not it makes sense to you.

The take away from all of this: If someone you know is or has gone through a miscarriage, the best thing you can do is listen, validate what they’re feeling, try not to fix it, and whatever you do, keep your damn judgments to yourself. You can apply these guidelines to any personal situation you read about on the Internet or witness in real life.

If you like this article, please share it! Your clicks keep us alive!
Tags
miscarriage
grief
abortion