What My Single Dad Taught Me About Gender 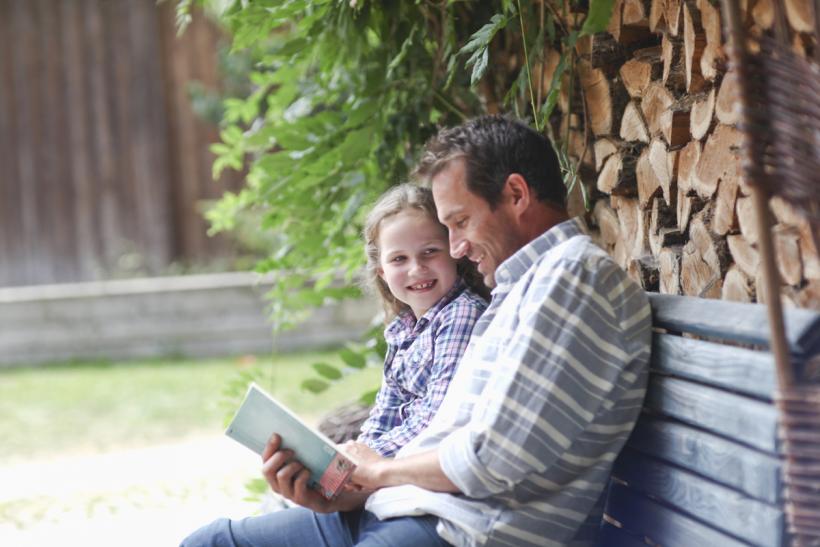 I learned a lot from that man. Image: Thinkstock.

My dad never had to sit down to teach me how to be a man. I simply learned from watching him.

My dad brushed my hair, painted my nails, and played Barbies with me.

He never questioned my following him around like his shadow. When we went shopping, he let me pick out my own clothes, my own toys, and even my own bedspread (Harley Davidson).

No one really questioned it when I was younger. He was doing what so many other men did: raising his child.

But now, people blame him for me being transgender. My father being a good dad is the reason I have gender dysphoria and don't feel comfortable in my own skin? To me, this makes no sense.

Looking back, though, I did learn a lot about masculinity from my dad.

He was my role model. When I was younger, I wanted to be a grease monkey like him. I couldn’t imagine myself being a mechanic now, but at the time, I adored watching and helping him fix cars, trucks, and — most of all — motorcycles.

And when summer came, we went camping and built fires. There isn’t a time in my young life that I don’t remember doing stereotypically “masculine” things; I wanted to do everything with my dad. (I think that's true for many little kids.)

Growing up in the South, most people overlooked the fact that I was designated female at birth and simply labeled me a “tomboy.” If it meant that I was like my dad, then I was happy with it. (The “tom” part bothered me, though. Who was Tom, anyway?)

What so many people didn’t see were the nights I wanted to play with Barbies. He would sit down in front of my doll house and pick up a girl doll without objection after I grabbed the boy doll.

Did he ever complain about playing Barbies or about always being the girl doll?

No. Not once did I ever hear him complain.

Gender roles were nonexistent with him. He didn’t care if something was “girly” or if I “acted like a boy.”

Later on, I'd take my bath, and when I got out and got dressed, he'd brush my hair. If I asked, he would even put it up.

One year for Christmas, I got a set of nail polishes. I loved the idea of having colorful nails, but very time I tried it, I messed up or got it all over my fingers. I begged him to teach me how to paint them.

He sat down in front of me, letting me rest my hands on his jeans. As he applied the pink nail polish, a little dripped onto his jeans. I thought for sure he would be angry, but it never fazed him — he just kept painting.

When other little girls picked on me for not knowing how to braid, he happily let me practice on his long hair.

Anything I wanted to do that was “girly,” he proudly did with me. He even took me bra shopping and never freaked out when I needed pads or tampons. At times, he would help me pick them out, because I didn’t know what kind was best.

When we went shopping, he was more than happy to buy me whatever clothes I picked out, though I often picked out clothes from the “boy's” section.

As I got older, I would sneak into his closet and try on his clothes. He noticed, and never said a thing.

I learned that playing dolls isn’t only for girls, that being a man means being OK with wearing nail polish so your child can practice painting nails.

Any time I wanted to do something that was typically a “boy” thing to do, he would teach me how.

It didn't faze him that it was associated with guys — I was his child who wanted to learn or do something, and in his mind, it was his job to teach me.

Gender roles were nonexistent with him. He didn’t care if something was “girly” or if I “acted like a boy.” I was his kid, and I was happy. That’s all he cared about.

That meant I was able to openly explore gender and gender expression around him. He let me be as manly as I wanted, and never judged. There were times he would compliment my outfit that was made up of “boy” clothes.

I could be me and explore who I was — which, for me, meant exploring masculinity.

I learned a lot from that man, like how to change the oil in my truck, how to read, how to avoid stripping a screw, how to build a doghouse, how to ride a go kart, and how to tie my boots.

He taught me how to ride a bike, braid my hair, wear a tie, and shingle a roof.

But my dad never had to sit down to teach me how to be a man. I simply learned from watching him.

I learned that playing dolls isn’t only for girls, that being a man means being OK with wearing nail polish so your child can practice painting nails.

More than anything, I learned that gender isn’t a black-and-white, blue-or-pink subject. Rather, it's complicated, and the lines are sometimes blurred.

I'm not trans because of my dad, the amazing man he is.

But growing up with a dad who was so willing to step outside of the gender roles for me helped me accept myself for the trans person I am.