All Grown Up: What Becomes Of The Spirited Child? 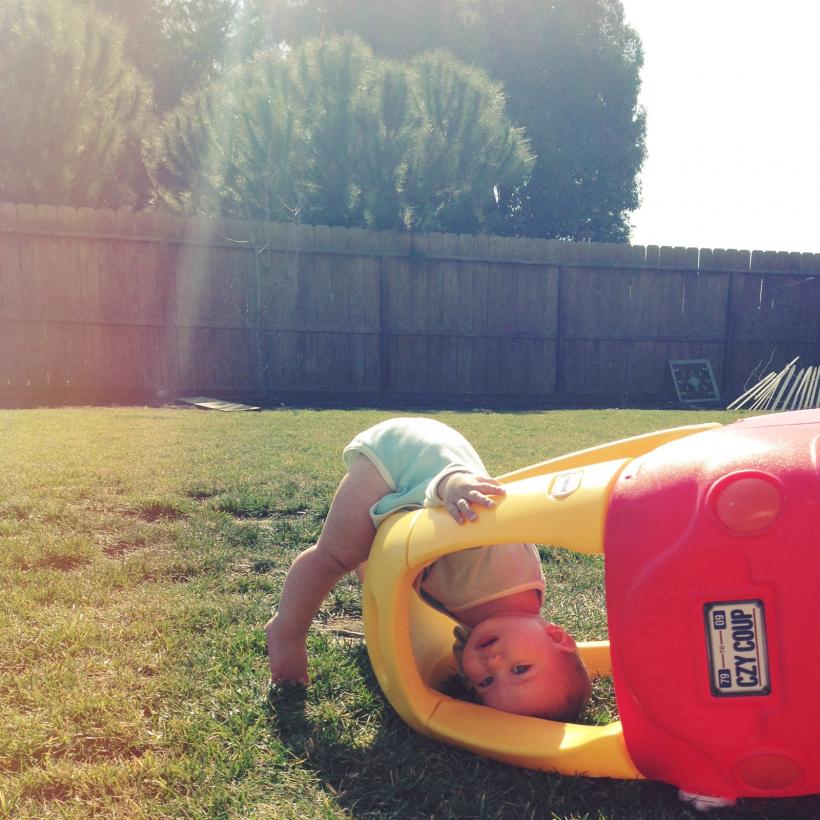 My first child was an impossible baby. She cried for eight months and I cried with her for most of it, wading through postpartum depression and trying to find some formula for coping with colic (a futile effort). I wasn’t sure we were going to make it out of infancy alive. But we did, and blessedly, she was an angel of a toddler.

She was living, breathing, adorable proof; I had really nailed the whole parenting gig. 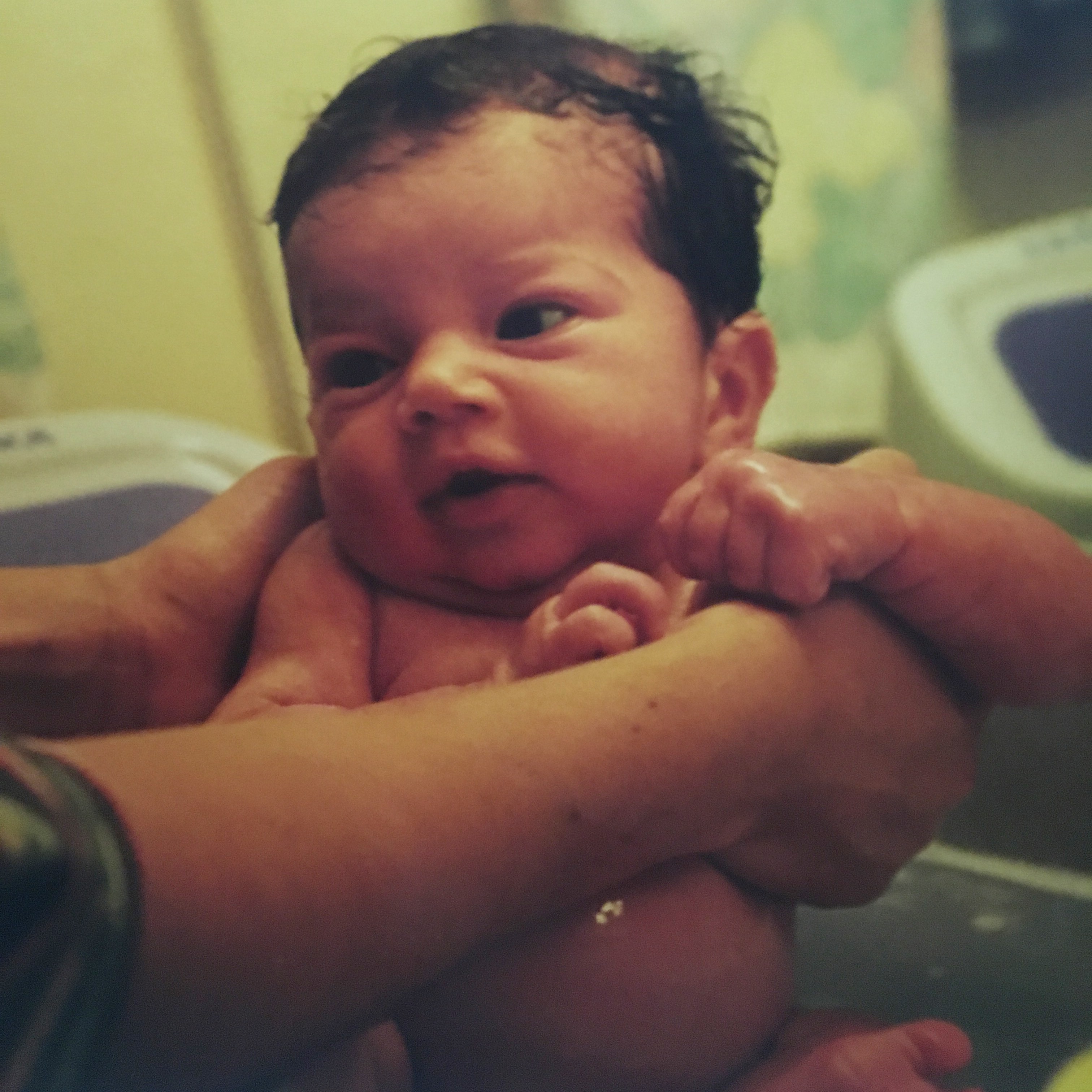 Then her brother was born- nine pounds of spitfire. He wouldn’t latch on without crushing my nipple. He wouldn’t stay awake to eat. Then he wouldn’t sleep at all. He cried. He hated his car seat. He hated strangers. By the time he was two, he hated everything except Ovaltine and his blanket.

We survived infancy in a blur, and then sobbed through toddlerhood. I knew this child was certainly my karma for all the silent judgment I passed when his sister sat quietly while other children ran through the store. For every time I said, “You just need to be more firm. I don’t have any of these behavioral problems,” I got back one screaming tantrum in the middle of Walmart.

There were times during his infancy that I felt like having two kids was a monumental mistake. And when I became (surprise) pregnant with his brother, I cried. I didn’t know how I’d parent two of him.

But Owen was easy. I believed he was a gift in the face of my forced humility.

They were all sometimes “hard” and sometimes “easy,” but Sean was the kid they had in mind when they wrote Raising Your Spirited Child.

If you have a “spirited child” you know what I’m talking about. (And if you don’t have a “spirited child” don’t assume it has anything at all to do with your skills as a parent. If you say, even once, that your “easy” child is “easy” because of your Mary Poppins spoonful-of-sugar bullshit, the universe WILL prove to you otherwise.)

The spirited child is:

Remember when you went to Target in February and he asked for a Hot Wheel?

I love you SO MUCH mommy.

GIVE ME CHOCOLATE MILK NOW OR I WILL NOT BE YOUR DAUGHTER ANYMORE.

Picture Denise Austen teaching aerobics, only in baby form, and asking for a cookie, and then throwing a tantrum when you say no.

MOMMY, can we go to the park? Can we go outside? Can we ride bikes? Can we? Can WEEEEE?

What is this “sleep” you speak of?

To parent, to live with, to be around at all.

When Sean was little, I couldn’t imagine how he’d even get to adulthood, much less how he’d be able to function if he lost his sh*t every time he got a B on a test or had to use a green cup. And the people around me, the ones that seemed like they had their parenting sh*t together, weren’t particularly helpful, or even a little encouraging. People who don’t have spirited children always think you should be able to control spirited children. Spank them into submission. Yell at them until they stop yelling at you. Take away every privilege until the only thing they have left is four walls and a tantrum.

People who don’t have spirited children do not know what it is like to try to demand “good” behavior from a toddler who needs to understand the complexities of the universe.

I don’t think anyone who has been to the spirited child parenting rodeo would call a mother who screams, “bad,” or who loses her temper, a “failure.” I think we all understand parenting is really really hard from the get go, and parenting a kid who won’t sleep, who screams and kicks and says they hate you, is its own challenge- a challenge you will sometimes succeed at, one you will sometimes do the thing that is the opposite of succeed at.

Things got at least a little easier for us as Sean grew and was able to assimilate his surroundings. We learned how to best manage whatever emotions/information he was trying to process as best we could. And one day there was no tantrum. One day he slept all night and didn’t ask for chocolate milk at 5 am. He eventually stopped crying, and mostly stopped screaming.

And then one day, I looked up and he was grown. He was 6’3”, and when he hugged me, his arms wrapped around my head instead of my body. He was responsible and smart and compassionate. He was a leader respected by his peers. He was a gifted musician going to college to teach other kids to become gifted musicians.

One day I looked up and he had become an adult, and a really good one at that.

I don’t think any of what he has become is because of me. He’s got half of my genes in there — though it sometimes seems like a lot more than half, because sometimes it seems he is a lot more like me than not like me. And maybe that’s the real reason parenting him was so hard, I was parenting myself.

Sean is a gift to me. He gave me the chance to dig deep and try to be the parent for him that I never had, the parent he needed. Through him I learned to see myself with the compassion and love I deserved. Parenting him was hard and I wasn't sure he'd grow up to be okay. But he grew up. And he is much better than okay.

No one ever told me that I would grow up and be okay.

Your spirited child will not always be like they are today. Chances are, when they grow out of being a spirited child, they will grow into being a spirited adult. And all of those things that made him “hard,” now make him a hard worker. All of the bigger than life emotions will make her a compassionate friend, a sensitive partner, a passionate artist or writer. All of this, the hard stuff that seems too hard, will make him an outstanding human. You just have to hang in there. The day will arrive. And it will arrive much more quickly than it seems when you are in the middle of a grocery store meltdown.

Your spirited child will grow up. They will be okay. And so will you.

If you like this article, please share it! Your clicks keep us alive!
Tags
spirited child
parenting
difficult
emotional
adult