Gay Promiscuity, HIV, and Stigma; What Is Really Happening? 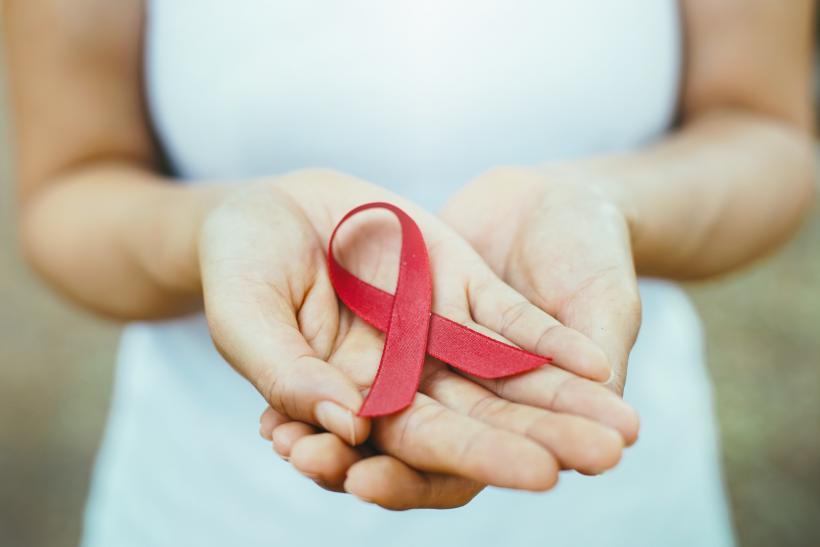 And sex is how HIV gets around, yes? So it’s kinda queer people’s fault? Yes? Right? If you believe these things without caveat, then at least know that you are not alone. But it might surprise you to learn that while the LGBTQIA+ communities have an HIV crisis, the causes behind it might not be so cut and dry.

What makes this myth so pernicious is that it plays into the conservative and religious models that police and gate-keep human sexuality. It plays into the myth that sex is bad, and if you do bad things you will be punished. Retributive thinking like this links immoral behavior and suffering, saying that if you suffer, it is obvious that you must have done something wrong.

We see this with religious zealots’ claims that their gods made HIV to punish queer peoples. We see this in the way abstinence-only is taught as some sort of miracle solution to the HIV crisis. We see this in how nearly all the data focuses on men: human sexuality, homosexual studies, HIV studies that deal exclusively with men who have sex with men. It repeats the patriarchal notion that men are the agents of sex, and women are the objects of sex.

A lot of this is due to the fact that there has been a considerable effort made by paternalistic, conservative, and religious pseudo-moralists to try and tie sexuality to the animalist function of reproduction.

Heaven knows that if we stop breeding for a second, the human race will stop existing by next Tuesday! The same pseudo-moralists also shoehorn sexuality into cis-heteronormative models of marriage, which in-and-of themselves should (ostensibly) be tied to religion.

The only difference between cishet people and queer peoples when it comes to sex is that cishet people's sex is not as stigmatized or prone to public scrutiny.

So one might ask what the appropriate amount of sex is, outside of their narrow definition of "appropriate sex." But the answer is invariably that any amount outside of their paternalistic control is already too much. It is for this reason that we should be paying special attention to religious and secular groups working together with marginalized peoples to reduce stigma and discrimination surrounding HIV, because it is stigma and ignorance, first and foremost, that drives new HIV infection rates.

Peter Aggleton, Kate Wood, Anne Malcolm, and Richard Parker, writing for UNAIDS, write that there is an “intimate connection” between stigma and abuse. “Stigma which causes discrimination which leads to violation of human rights which legitimate stigma.” This cycle of abuse “worsen[s] the impact of HIV, vulnerability, and hinder[s] positive responses to the epidemic.” It is for this reason that HIV is spreading in marginalized communities, not because these communities are immoral or evil. But because stigma surrounding HIV and sex directly causes vulnerability to new HIV infections, and even worse discrimination if a person is already infected.

Intensifying factors such as religious zealotry, conservatism, and politically driven bigotry, reinforced by the effects of colonialism, have significantly impacted  HIV stigma and homophobia throughout all of Africa. So much so, the factors that would normally drive the spread of HIV have been aggravated, causing an exponentially unprecedented rise in HIV infections after the 1980's, whereas new infections have only started to plateau now.

Vulnerable people (such as queer people, people of color, the poor, women, refugees, etc.) face disproportionately more obstacles when it comes to access to medical treatment, prophylaxis, and sociopolitical representation. With PrEP prices increasing steadily over the last few months, many of the most marginalized queer peoples will not be able to get sufficient access to medicine that could prevent infection.

In their Global AIDS Update 2016, UNAIDS writes that:

“Key populations at increased risk of HIV infection include sex workers, people who inject drugs, transgender people, prisoners and gay men and other men who have sex with men. Reinvigorating HIV prevention requires additional focus on providing key populations with tools such as condoms, pre-exposure prophylaxis and sterile needles and syringes. However, the design and delivery of HIV prevention services are limited by a reluctance to reach out to key populations. In many countries, they reported they had been refused employment or a work opportunity because of their HIV status in the 12 months before the survey. In 30 countries where surveys were conducted, 1 in 10 people living with HIV reported they had lost a job or another source of income because of their HIV status."

Olice Shisana, the local co-chair of the International AIDS Conference 2016 held in Durban, South Africa, said in her speech addressing the conference:

“To address these challenges adequately, we must ask, “Who is vulnerable?” Throughout the world, sex workers and their clients, people who inject drugs, men who have sex with men, transgender people and the partners of people in these groups are still at serious risk of acquiring HIV because of stigma and discrimination. In many parts of the world, nine out of ten newly infected people are part of these populations. Amongst people of African descent, the picture is quite different. Black people bear the brunt of the HIV epidemic, accounting for more than 58% of people living with HIV globally. New infections occur mainly in the broader population, and women are clearly at much greater risk than men. Social determinants such as social inequality, income inequality and lack of economic opportunities, and gender-based violence drive the HIV epidemic in this population, particularly among young people."

The irony being that queer peoples don’t have more sex than cisgender heterosexual (cishet) peoples. Patric Strudwick once wrote, “It’s time for the media to stop peddling myths and realize most gay people’s sex lives are every bit as dreary as heterosexuals.'” The only people who claim otherwise are conservative groups who are more interested in marginalizing women, the poor, queer peoples, and the sick.

The only difference between cishet people and queer peoples when it comes to sex is that cishet people’s sex is not as stigmatized or prone to public scrutiny. When cishet people deal with sex and HIV, it remains a private affair. When queer people deal with sex and HIV, it can mean death. Not because we’re queer, but because of social and political stigma, because doctors refuse to help us, politicians don’t want to get involved, and conservative religious leaders continue to fuel the stigma behind sex and HIV.

This is a classic case of poisoning the well.

We need to stop treating people living with HIV as if they are already dead and beyond help. We need to abandon the abstinence-only model in education. We need to understand that education doesn’t stop at school. We need to stop treating sex as a situation to teach people what not to do, but instead teaching about their options when it comes to sex. We can’t simply say that we should have less sex; instead, we should focus on having more smart sex. We have to stop speaking of single solutions. PrEP is good, but not the only solution. Condoms are good, but not the only solution. For one thing, let’s get more comfortable, cheaper, and readily available women’s condoms and dental dams. Cisgender men aren’t the only people having sex.

The point is, HIV is a complex problem that is not going to go away any time soon. Hopefully people living with HIV will keep on living good and healthy and fulfilling lives for many years to come, and as long as they are with us, HIV is with us too. We are not going to get through this by hysterical fear-mongering and paternalistic attitudes towards sex. We have to address how queerphobic attitudes impact HIV stigma, and we have to underline the damage being done to queer people.

Similarly, we have to underline how other forms of marginalization impact HIV stigma, how people of color, women, and the poor are specifically vulnerable. We cannot allow ourselves to acquiesce to violent narratives that feed abuse, and then blame the abused.

If you like this article, please share it! Your clicks keep us alive!
Tags
HIV
LGBTQIA+
Sex
promiscuity
treatment