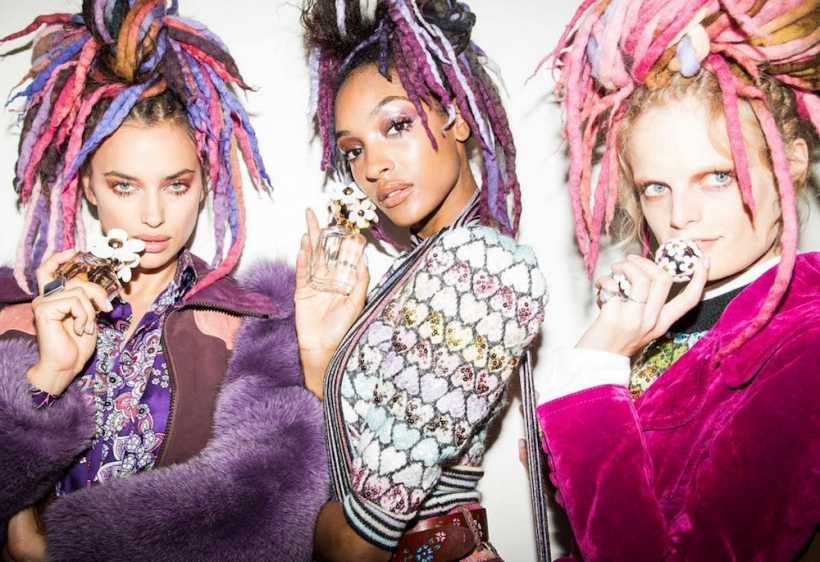 I am actually wearing Marc by Marc Jacobs denim shorts right now. I feel like ripping them off and throwing them over the balcony of my porch. But then I’d be pant-less and scaring my neighbors. But you get my point.

That single phrase has launched so much head-shaking, I’m dizzy. You don’t “see” color, but you’re a very successful, world-renowned fashion designer with stores all over the Earth, who meets different people of various backgrounds everyday... but you don’t “see” color? Excuse me while I pick my eyes off the floor, they appear to have rolled out of my head.

In some way, these words feel so much worse coming off the keyboard of a world famous fashion designer than an “average Joe” Trump supporter. Because I expect that sort of nonsense phrase from people who are electing a racist. But isn’t fashion supposed to be better than that?

Isn’t fashion supposed to know better and be the place to push social agendas forward for the better (not withstanding positive body image)? Maybe not. Because the fashion industry has created and fed the body image monster that plagues so many people worldwide. In that regard, fashion will keep therapists in business well into the next century.

The Spring/Summer 2017 collection was beautiful.

One of my favorite shows by him in a few seasons. Beautiful brocade fabrics, lots of sequins, striped knee socks, colorful hoodies, clothing that looks really fun to wear. But I could not get past the hair. It made it difficult to focus on the other elements of the presentation (which I loved). I had viewed the show in the wee hours of the night, so I didn’t even realize that backlash had already begun when I hopped on the internet the next day. I was pretty hopeful for an apology.

I thought, Surely sweet (once) nerdy Marc, who once seemed so shy and lovely, realizes the error of his ways and has by now issued an apology to all of us long-time fans who now feel so utterly disappointed.

I wish I hadn’t even read his response.

I had to step away from my computer after reading it because I couldn’t grapple with the fact that someone so steeped in opportunities to learn and be culturally aware could remain so incredibly ignorant in the wake of a massive faux pas. I found myself shocked that absolutely no one on his team had the power to say, “You shouldn’t do this. You will isolate black fans.”

Maybe that is what happens when you are surrounded by “yes men.” But what about the public relations team? Could they not have stopped him from making a bigger mess? Jacobs attempted to respond to criticism on Instagram by airing his ignorance out for all to see:

“All who cry ‘cultural appropriation’ or whatever nonsense about any race or skin color wearing their hair in any particular style or manner — funny how you don’t criticize women of color for straightening their hair. I respect and am inspired by people and how they look. I don’t see color or race — I see people.”

It's not "discrimination" that people of color are tired of being attacked for their natural hair, and get frustrated when white people turn it into "trends."

Marc, you couldn’t be more wrong in this statement, and maybe you would know that if you had more than a handful of black friends. Or maybe you have what you believe to be friends, but they clearly aren’t talking to you about race or helping you to understand how not to dig yourself deeper into a hole here.

I just found myself saddened by the whole state of affairs. Because I spent my '90s thinking that Marc Jacobs was a designer who understood a whole generation of people like me.

When I was in elementary school, idolizing the grunge fashion Jacobs was sending down the runway (which would later get him fired from Perry Ellis, despite the massive success of the show), I was also grappling with my abundant hair. I spent my life grappling with my hair. Not just because it was abundant, but because even relaxers didn’t seem to thin it out. As a result, I dealt with a lifetime of name calling, and strongly desired to cut all my hair off, but didn’t feel empowered enough to go forward with that plan in our patriarchal society.

While I can't speak for every black woman, most black people I know will tell you they have straightened their hair out of societal necessity. It is a survival tactic more than anything else.

When I was thirty, I had finally had enough of the relaxers, the burning, the head scabs (I have spots on my scalp where hair will not grow because of chemical burns), and that wretched chemical smell. I tested the waters first (not that I need anyone’s permission), talking to family and friends about my desire to go “natural.” While most people encouraged it (because cool people know that afros are cool), there were still a few bumps in the road. For starters, most of my white friends didn’t even understand the process of going “natural.” They had no idea that I straightened my hair in order to be accepted by our white society.

They assumed that that was my “natural hair,” because that is what happens when you’re a part of the dominant culture that wields its supremacy like a blunt object.

Now if kids made fun of my relaxed hair, can you imagine the field day they would have had with my natural hair? People had no idea that I burnt my hair into mild submission for the sake of fitting into our society. And that my mother did it, and her mother did it, and so on, because black natural hair has never been deemed “acceptable.” Until Chris Rock made the documentary “Good Hair,” the trials of black hair were something largely unknown to the general white public. And even though my mother now wears her hair “natural” like me, when I first mentioned the idea, she worried about the look of it for my “professional life.” Yes. That old chestnut. Black women have been told for decades that “natural hair” isn’t considered “professional,” and when something as minute as hair threatens your ability to feed yourself… you aren’t left with much of a choice in the matter.

Over the weekend, Jacobs attempted to dig himself deeper into a hole with a half-hearted apology on his Instagram account, “I apologize for the lack of sensitivity unintentionally expressed by my brevity. I wholeheartedly believe in freedom of speech and freedom to express oneself though art, clothes, words, hair, music...EVERYTHING. Of course, I do 'see' color but I DO NOT discriminate. THAT IS A FACT!”

It’s not “discrimination” that people of color are tired of being attacked for their natural hair, and get frustrated when white people turn it into “trends.” Trends which we face persecution for wearing normally. It’s not discrimination if you as a white person, who has never faced cultural oppression for your hair, are asked to refrain from rubbing salt in the wounds of people who have been, by turning their culture into a trend. Why is that so difficult to understand?

So when you have massive figure heads of a world which is supposed to offer hope, fresh ideas, and push social change forward… making such loud, offensive faux pas and not understanding why it’s a “faux pas,” I am left asking myself, quis custodiet ipsos custodes? 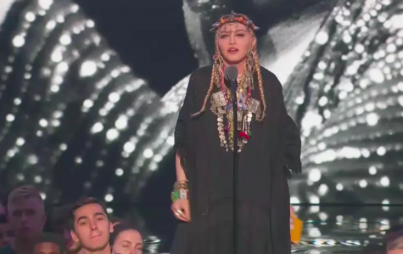