Your Silent Safety Pin Solidarity Is Not Enough Right Now 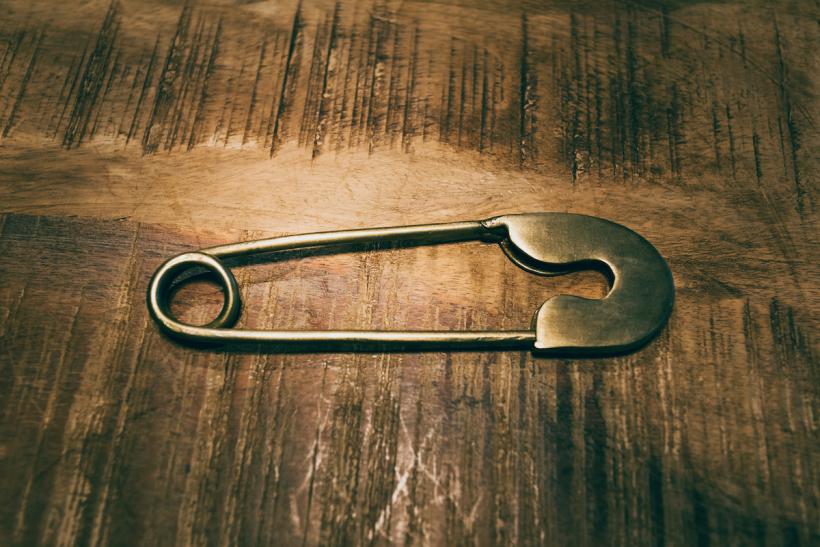 Your safety pin is not enough.

I am so very afraid.

In the wake of the past week or so, this is by no means a new sentiment. I and most others like myself (i.e., anyone who isn’t a straight, white, cis male) are now living in the wake of one of the most problematic, terrifying, and quite frankly dehumanizing political decisions made in recent memory.

I am not here to write about Trump — the internet is littered with pieces about his ideologies and the trouble it spells for all marginalized groups. I am also not here to write about those who voted for him, as I’m sure there’s nothing I can say that’ll convince those who have enough cognitive dissonance to see him as a good potential leader of the opposite. It’s a lost cause, and it’s already too late.

Your silent solidarity just isn't enough anymore, and it's time to take action.

Now, I'm fully aware that it stems from a good place. There have been times I've changed my Twitter profile picture in order to align myself with a certain cause, or worn a shirt to support something I believe in. However, in the current state of our society, these means of showing support have to be emblematic of your willingness to stand up and speak out, should it become necessary — and I can promise you it will become necessary.

It’s your responsibility as an ally to refuse to allow bigotry to become normalized among others like you. Speak out when your straight, white, cis friends say or do something problematic. Join in with the protests, and when you hear others talk about what an “inconvenience” they are, reinforce the notion that being an inconvenience is the entire point.

In the past week there have been numerous incidents of homophobia, racism, Islamophobia and countless other forms of bigotry occurring in more aggressive and upfront ways than ever before. The N-word has been spray painted on people's homes. A friend and her partner had a sign left on their doorstep harassing them for being gay and telling them to move out of the neighborhood because “Trump won.” I was threatened, called a faggot, and told to kill myself by two men in a car, just because I was a man wearing nail polish.

Bigotry is by no means a new issue, but it grows increasingly aggressive. This is because Trump’s victory normalized this behavior. Social exclusion and professional failure is no longer seen as a driving force to keep their prejudices below the surface. In the face of this — when the injustices of the world are growing into a cacophonous wall of noise — we need our support to grow even louder.

The recent “Safety Pin” movement stems from a good place, but I worry its meaning has already been convoluted. The safety pin is not an opportunity to show off what a good ally you are. It is not an Instagram post, or a pat on the back you can give yourself for being on the right side of history.

The safety pin is a promise.

When you wear one, you're telling people that you're in their corner for the ensuing and ever-growing battle that these marginalized groups are engaged in. This means speaking out against oppression in all forms, and standing up when you see injustice take place. It means refusing to sit idly by when you see someone at risk, and taking action in moments when there is clear and present danger, regardless of what may become of you as a result.

If this is too much for you to handle, it's understandable — but you cannot consider yourself an ally otherwise.

At a glance, it can look like the purpose of being an ally is to show support for those in need. However, this is thinking too small. On a larger scale, the true purpose of being an ally is to use the privilege you have to challenge, attack, and dismantle these oppressive systems from the inside. It's literally being an ally in a fight — using the abilities and tactics others don't have access to in order to provide aid in the midst of a very real battle.
So, how can you be a good ally in this difficult and terrifying time for so many of us?
Be loud with us.

Give us the space to hurt and to be angry. In a time when we believed we were actually seeing some progress, we experienced a betrayal that reminded us just how much work we still have to do. Remember when to stay in your lane and not to speak over the voices of those being oppressed; when someone tells you that they’re hurting, it is not your responsibility to test the validity of those claims or dismiss them as being over-dramatic.

Whether they recognize it or not, those who will be mostly unaffected by the oppression existing in this current political climate live within a bubble. That’s the definition of privilege: the ability to completely forget about problematic actions and systems because they don’t affect you.

That being said, it’s your responsibility as an ally to refuse to allow it to become normalized among others like you. Speak out when your straight, white, cis friends say or do something problematic. Join in with the protests, and when you hear others talk about what an “inconvenience” they are, reinforce the notion that being an inconvenience is the entire point. Make sure they understand that protests are made up of a group whose rights have been ignored refusing to be ignored any longer.

Being an ally means understanding that those like you are more likely to listen to you than they will to those being oppressed, and advocating on our behalf when we can’t be present. You can’t just be an ally when it’s convenient or beneficial, nor is it an opportunity for you to be proud of having a sense of morality — you have to be an ally when it involves uncomfortable discussions and fractured relationships.

At the time this piece was written, we’re about a week out from Thanksgiving. I have no doubt that it would be easiest to sit silently and eat mashed potatoes while your vaguely racist uncle raves about how our new president-elect will “save this country.” However, those intense and difficult conversations are more important now than ever. Though they might ultimately change no one’s minds, it’s important to remind them that this is not normal and not okay. You need to stand up for what’s right on the behalf of those who can’t, and refuse to allow them a safe space to have their bigoted and dangerous ideas validated.

The world is a terrifying place, now more than ever. This fight is by no means anything new, but we’re living under a new status quo that will present a larger and more prevalent threat.

If you want to be an ally, it goes beyond a safety pin, it’s more than a filter on a Facebook profile picture, and it demands more action than a hashtag. It’s all or nothing.

If you like this article, please share it! Your clicks keep us alive!
Tags
racism
LGBTQ
Election
Trump
activism
help. safety pin