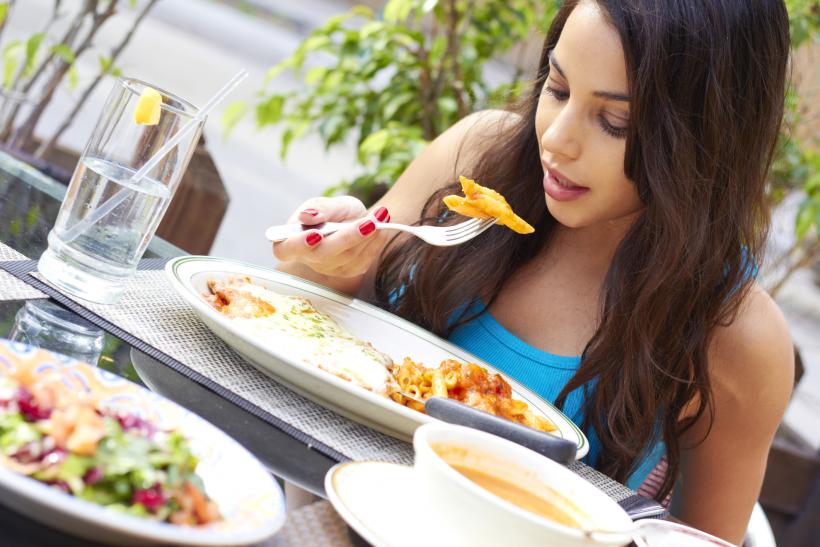 Popcorn and gummy bears is my favorite food combination. It’s my favorite, yet I haven’t had it in six months.I’ve had popcorn nearly three dozen times in that period, but no gummy bears.

I even thought — for a moment — that I didn’t like gummy bears anymore. (Update: I still do.)

You may be wondering why you just read 50 words about my snacking preferences.

Here’s why: I have a weird relationship with food. I always have.

For example, I don’t like sauce or wet food, and I like to eat my food in particular (yet not specific) proportions. Trust me, it makes sense to me.

However, recently my relationship with food changed. At first, it was just that I wasn’t hungry so I didn’t eat. Then, everything I ate felt like it weighed me down.

Around the same time, I started running. A unique combination of caffeine, exercise, and anxiety curbed my hunger, and within months, I was pounding the pavement daily, and consuming very little food at all. I actually, irrationally, felt better and stronger when I ran long distances, or powered through hours of schoolwork, and didn’t feel the need to eat.

That being said, something changed for me when I heard my friend say, “I run so I can eat.”

And so, in a surprising change of events, I challenged them politely and asked, “What would change if, instead, you ate so you can run?”

And, in preparation for my first half marathon, I tried this out! For a week, I was positively preoccupied with food in order to be well-fueled for the race.

When I thought about food as fuel, I was free to entertain several different food options. I relearned to appreciate flavors and colors in my meals.

I didn’t feel chained to my safety, go-to foods. I thought creatively about food. I knew that the only thing that wasn’t an option was that I had to eat at least three times every day.

2. I felt determined to eat enough.

Rather than eating just small portions to get by — which wasn’t enough — I was determined to be full! I set timers, planned meals, and did my research.

I had gotten so used to sustaining my body on practically nothing that I had to put a lot of energy into eating enough.

I (re)learned that our bodies convert simple and complex sugars and proteins into energy and store this energy — some we use right away, some we use over time. So, if you have no fuel, your body uses almost everything you consume right away.

Once you start to build up fuel, your body can use its energy sources more sensibly. The excess energy is stored for later — which was an important lesson to learn for my training. I was conscientious about eating calorie-dense, protein-filled foods to fuel my body.

Not surprisingly, when my body was appropriately fueled, it started to feel hungry at predictable intervals; responding to that hunger helped me feel stronger on my runs.

3. I was intentional and mindful.

This meant I was really aware of my body.

When I was hungry at 2 pm, my first reaction was, but I ate this morning.

The fact is, that was nearly eight hours prior. No wonder I was feeling hungry!

So then, rather than dancing with dizziness every time I stood up or assuring myself the feeling would pass, I had lunch. I soon remembered all the foods I’d “forgotten” about in the last year. I craved specific tastes and flavors, and I allowed myself to be reunited with them (see #1).

Since I was focusing on having energy and being prepped for the race, I didn’t feel guilty when I “indulged.”

Mindfulness made all food on-limits. I could focus on what felt good for my body and my mind; it was a freeing sensation.

It’s been nearly a month since I started thinking about food as fuel, and so far, I only have good outcomes to report!

I reframed my friend’s statement about food and running, and in the process, found a more positive relationship with athleticism and eating. Popcorn has been reunited with gummy bears.

Right now, I feel confident, happy, strong, and fulfilled, and that’s enough for me.