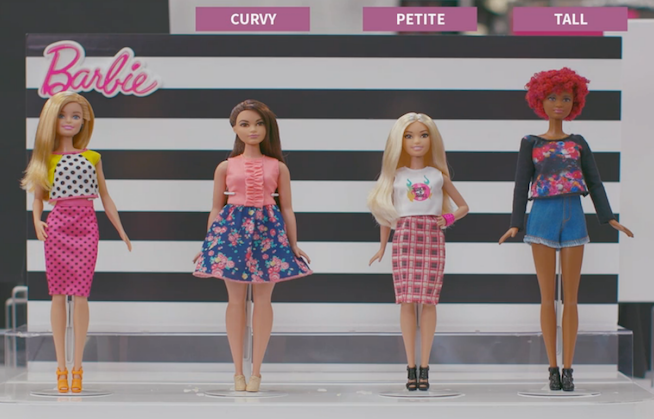 When I was 6 years old, there was nothing I wanted more in the world than a Catwoman Barbie doll. A friend of mine had one, and sometimes during recess she’d let me play with hers. I’d hold it gently, admiring the soft hair, the sleek black outfit, and touch those perpetually tip-toed feet with wonder.

Why? Because my mom was a hard-core woman’s libber (this is what we called feminists in 1974, the year I coveted that Barbie doll) and my mother refused to allow me to own or play with any Barbie dolls. She explained to me, with deep gravitas, how Barbie dolls portrayed an unrealistic beauty standard with their huge boobs (Barbie’s boobs were much bigger in 1974 than they are now), tiny waist, and feet made only for high heels.

I was allowed only stuffed animals. No baby dolls because she didn’t want to force me to think my only role in life was to be a mother (however, one of the boys who lived in the commune with us WAS allowed to have a baby doll, because it was so progressive of him to want one — but that’s a different story). But the number one rule was no Barbies — not ever.

When I had a daughter, I wanted to handle it differently. I didn’t want her to pine after Barbie dolls they way I did. I spoke with her about Barbie’s body, but I was happy to let her play with them.

Of course, she has plenty of other options to play with — she’s gone through obsessions with Monster High dolls, Ever After High dolls, and even the dreaded Bratz dolls. If you thought Barbie dolls had unrealistic body types, Barbie’s got nothing on Bratz, with their impossibly tiny upper bodies and waists and huge heads and long legs. And the shoes — massive platform shoes that would be called fuck-me shoes in real life — make Barbie’s modest heels look positively conservative.

Today, Time Magazine revealed that Mattel — manufacturer of Barbie dolls — has dramatically revamped the traditional Barbie, offering body diversity for the first time and expanding on the racial diversity they launched last year. There is now a Petite, a Tall, and finally, amazingly, a Curvy version of Barbie. When I saw the photos of the Curvy Barbie, I actually teared up. She is beautiful.

It might seem like making more body diverse Barbie dolls is a no-brainer for a company like Mattel, but it’s actually a really expensive proposition. The factory and molds have to be retooled to the tune of millions, most likely. Plus it’s a serious risk: What if consumers don’t like them? Initially the new dolls will only be available online; Mattel still needs to negotiate with retailers about giving the dolls shelf space. Retailers hold a fair amount of power over how successful the new dolls will be.

I know my daughter will embrace the new dolls, and not just the curvy White ones. Her best friend is teeny and skinny as a rail and will adore the new petite doll. Blessedly, my daughter seems to have so far, in her nine and a half years on the planet, escaped hating her body. While that might not seem unusual — most girls don’t really begin hating their bodies until early puberty — it feels like a miracle to me. Even though I wasn’t allowed to play with Barbie dolls, I still knew my body was wrong as a kid. Too thick, too strong, too short to be pretty. I began dieting when I wasn’t much older than my daughter is now.

My daughter has curves. She’s strong, short, and a bit thicker than her friends. And now? She’ll have a Barbie doll that looks a whole lot more like her than her current dolls do. I can only think that is a good thing indeed. I can’t wait to buy them for her.

If you like this article, please share it! Your clicks keep us alive!
Tags
mattel
Barbie
curvy barbie 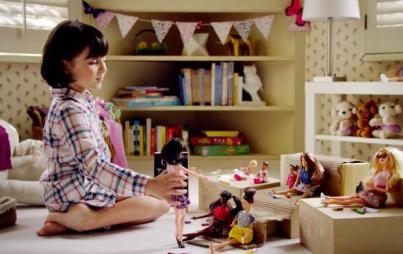 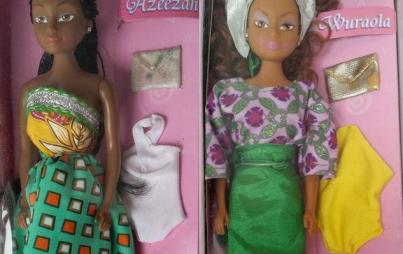 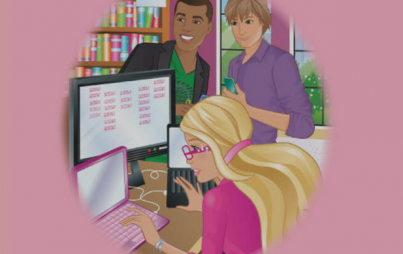 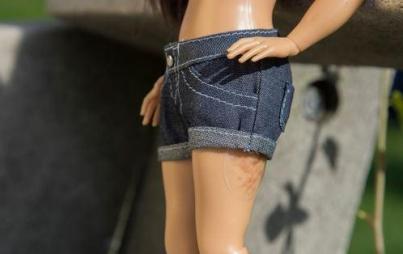 Why The "Body-Positive" Lammily Doll Is Anything But 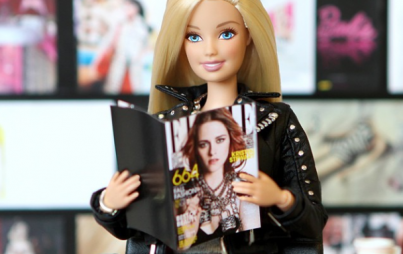 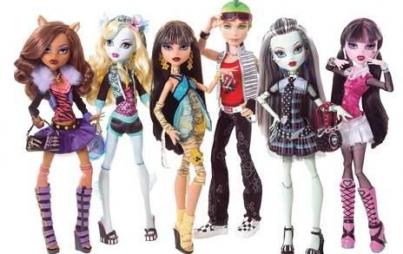