10 Ways To Make It Through Your Son's Teen Years...Without Killing Each Other 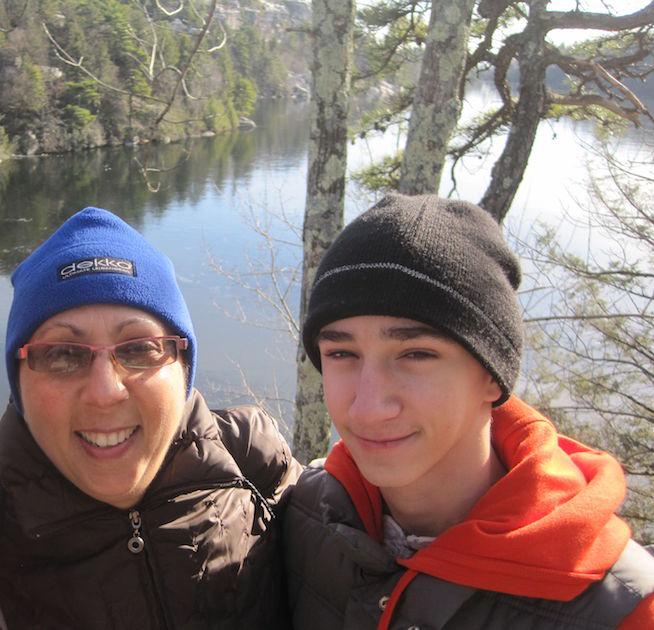 Either he’ll never leave the house or he’ll never be home. Whichever it is, you’ll wish it was the other. Savor the time he’s there instead of lamenting the time he isn’t.

Mothers and their teenage sons have a strange dynamic. Not so long ago, Momma was their whole world — now we’re just plain embarrassing. Once upon a time, we wiped their butts — now we butt heads. Now we’re buttheads. How the hell did this happen?

Some days I feel like a jilted suitor, and others, like I have the worst roommate in the world. Don’t get me wrong, I love my hairy, smelly, teenage lug to pieces. I just hope I don’t throttle him before he reaches legal drinking age. 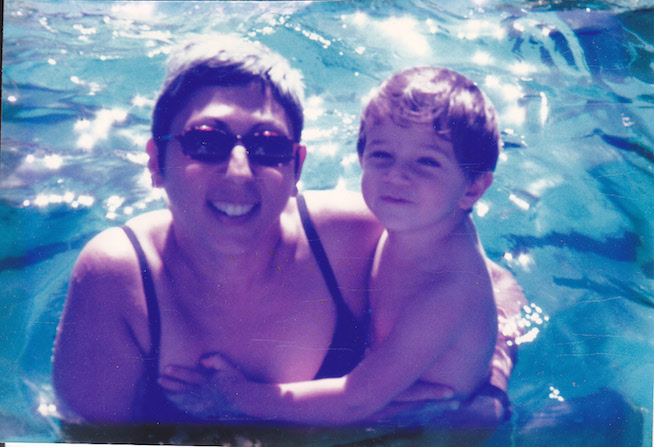 Here are some handy coping mechanisms so you can both live to see the day he says, “Yeah, sorry about those teen years…”

You’re not alone. Remember, this isn’t just happening to you, it’s happening to moms everywhere. It’s not your fault — your guy is trying to find his sea legs, trying to figure out who he is and where he fits into the universe. You're geting in the way.

Eye-rolling isn’t just for girls. Prepare yourself for epic eye-rolls, heavy sighs, and flinging himself around like he’s possessed by an Insidious demon. Take a deep breath. Try not to make eye contact. It will pass — just like the gas he’s so proud of.

You have blackmail-able information. Your potential to shame him is enormous and he’s consumed by the fear that you might. Although the desire to recount the story about the time he pooped in the tub is overwhelming, don’t. Rise above the depths he’s terrified you’ll sink to.

“It’s not you, it’s me.” He could throw you this tired, worn-out breakup line and it would be absolutely true. You may be the same person you’ve always been, but he isn’t. His body and mind are changing. And while he’ll always be your “baby,” he isn’t really. You constantly remind him of this fact, so he tries to break up with you. Only he can’t, because you’re his mom. Hang tight until he realizes this.

Anything with boobs is confusing. He’s just coming to the realization that every female, including — gasp! — you, has breasts and a vagina. Breasts that fed him and a vagina he came out of. Gross! For someone with raging hormones, that’s a thing. It shouldn’t be, but it is. Just ride it out until he comes to his senses.

There will be body fluids…lots of them. As Momma Bare suggests, keep a storehouse of Kleenex and lotion on hand. Be sure he knows it’s his job to ditch those little wads of tissue — and hair clippings. There will be lots of those, too.

Should I stay or should I go? Either he’ll never leave the house or he’ll never be home. Whichever it is, you’ll wish it was the other. Savor the time he’s there instead of lamenting the time he isn’t. Watch Tosh.0 together even though you want to smack the crap out of Tosh. And for God’s sake, if he asks you to go anywhere with him in public, do it! Golden moments like these are few and far between.

He doesn’t love his dad better than you, just differently than you. You’re the one who kissed his boo-boos — his dad, not so much. Let’s face it: they’re both guys; they speak the same lingo. They know what it’s like to have an unwieldy penis; you don’t. Just deal.

Read this. My very wise husband emailed me this New York Times article about how teens need to “swim” to the certainty of our shores, then push off when they’ve gathered enough strength to do it alone. It’s my go-to when all else fails to make sense.

“It doesn’t last long…” My cousin Jane once told me this once, with a wistful look in her eye. I didn’t understand it fully then — when my current teen was just a tween — but I do now. Jane’s “boys” are now wonderful young men; age 30 and 32. At 15, mine is in the throes of adolescence. Someday, in the not-too-distant future, I’ll pine away for these years, just like I do now for the days when the whole world was David’s own private Jungle gym. Some day.

Maybe we’re both still trying to figure it out. But by the time we do, David will be in college. And that’s a whole other carnival ride. Empty nest, anyone?

If you like this article, please share it! Your clicks keep us alive!
Tags
teenagers
parenting
sons