I'm Very Different From My Husband And Son — And That's OK 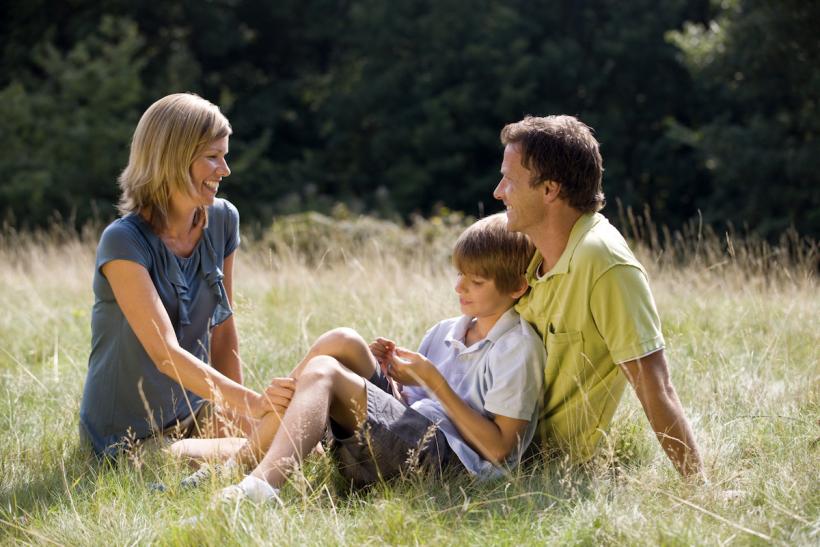 It didn't occur to me that once our son was old enough to actually form opinions for himself, we might not have much in common anymore. Image: Thinkstock.

Every mama bear wants her little cub to be just like her and share the same interests.

When I brought my son into the world, I thought that he would turn out to be an awful lot like me.

He had to be like me, right? He grew inside me; I nourished him. I was the one home with him day in and day out during those very impressionable years, while my husband worked a grueling military schedule.

Yet there are few similarities to be found.

For my husband and me, it’s a total opposites-attract kind of relationship: We're in agreement when it comes to the things that really matter, but our other interests are very much dissimilar. We balance each other out, and our differences work for us.

Based on what I know about him and me, it should have been blatantly obvious to me that it might work the same way for me and our son — yet the possibility never crossed my mind.

Yes, I was so preoccupied by all the motions that we go through as new mothers on a daily basis that it didn't occur to me that once our son was old enough to actually form opinions for himself, we might not have much in common anymore. Nor did I ever really think about how that would really affect me.

I guess it all became brutally clear this past winter. We didn’t leave the apartment as much as we would in warmer weather, and found ourselves watching an awful lot of Netflix. We could never agree on what to watch as a family, leaving me to watch whatever the heck I wanted in my bedroom while my son and husband enjoyed quality time together in the living room.

Don’t get me wrong — I embraced the alone time. But sometimes I found myself yearning for that family connection.

I began to hone in on the things that we do have in common.

Then, simple things became more and more apparent, such as the foods they chose to eat and the activities they had the most fun doing. Not much of it seemed to include me anymore.

I got sad at first; how could I not? Every mama bear wants her little cub to be just like her and share the same interests. But I quickly learned that wasn’t the way of the world or something that was going to work for our opinionated little man. So I began to accept and adapt.

I began to hone in on the things that we do have in common. He loves to cook anything with me (that includes chickpeas!) and spend rainy afternoons at the Museum of Natural History. So we began to explore different exhibits and various recipes together, and those have turned into some of the most precious moments we have had.

I learned that this was good for my husband, too. He needed some alone time to relax and enjoy the things that our son and I aren’t so interested in.

My husband and I had already learned the value of the balance that we have in our opposites-attract relationship — now, we're learning how to apply those skills to our family unit as a whole.

I may be very different from my husband and son, but it’s the differences that make us stronger — and that’s OK.

If you like this article, please share it! Your clicks keep us alive!
Tags
marriage
parenthood
Children
differences
opposites attract
interests
hobbies