Love Or Hate Trump, One Thing's For Sure: With Trump TV, We All Got Played 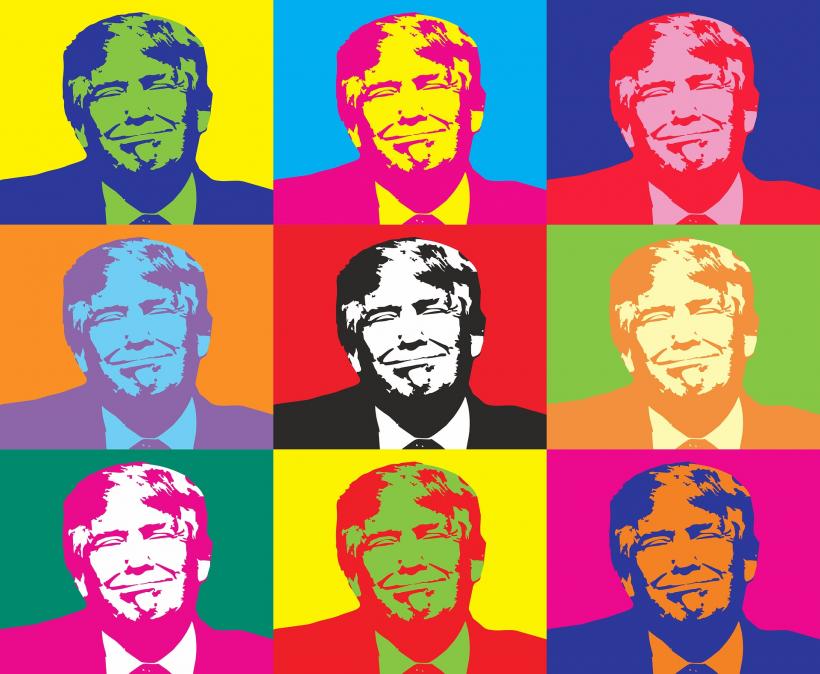 Just in case you thought Trump would go away after the election (provided Secretary Clinton wins), allow me to help you prepare for what might be headed into your TV screen post-November. A little network currently dubbed “Trump TV.” Not a show, not a series: a whole network.

Why? Better question: why not? Donald Trump has failed miserably at being a politician, but what if that was all by design? Because the one thing he has definitely not failed at is getting attention. No other candidate comes even close. Check out this chart, compiling network totals for each candidate:

Part of his ratings triumph is that Trump has a long history of not giving a crap about whether media attention came to him as positive or negative, as long as his name featured prominently.

His supporters are not exactly the same, in that #TrumpTrain riders tend to defend their main man against any and all bad press, even that which is backed up with video evidence. Witness the willingness of many to excuse the recent “grab by the p***y” controversy.

But considering his supporters’ fierce devotion to him, it makes sense now that Trump has made “The Media” a major focus of collective disgust as his rallies. It’s a slightly underreported story, all things considered, so just to make you totally aware, here’s what happens. Trump forces all media (that are not blacklisted, a story for another time), into a fenced-in area. During most rallies, he then encourages his supporters to jeer at them, while he chants a favorite mantra about how corrupt they all are.

What better way to build an audience for a “news” network than to convince millions of future viewers that all other media outlets are constantly lying and covering for your opponent? I can’t think of any…

Convincing several millions of American voters that they should ONLY watch and listen to Trump because ONLY Trump can be trusted sounds like a pretty solid way to start destabilizing politics.

Add to that Trump’s recent new hire, Steve Bannon. He’s the former CEO of Breitbart News, which became the Alt-Right’s mouthpiece during the primary. (The Alt-Right denotes a new subgroup within politics, comprised mainly of anti-government, largely anti-Semitic, often sexist, and pretty reliably racist elements.) Bannon is on record saying he doesn’t care about principles, but rather wants to destroy “the system.”

Well, convincing several millions of American voters that they should ONLY watch and listen to Trump, because ONLY Trump can be trusted, sounds like a pretty solid way to start. It would ensure that a meaningful slice of voters were consistently brainwashed into swaying elections in unpredictable ways. That’s a huge step towards destabilizing politics.

Is Trump interested in that? Nope. He’s interested in himself. After years as host of The Apprentice, he knows and loves the warm glow of a camera pointed regularly at his face. The publicity of this campaign has made him, probably, as happy as he’s ever been.

And as Rick Newman recently pointed out, Trump has been able to buddy up with Russian President, Vladimir Putin, making his dream of building more in Moscow a closer possibility.

Ah to be Trump! Looks like it wasn’t just his supporters who got played…

It’s been all of us.

If you like this article, please share it! Your clicks keep us alive!
Tags
Trump TV
Alt-right
Steve Bannon
donald trump
Politics