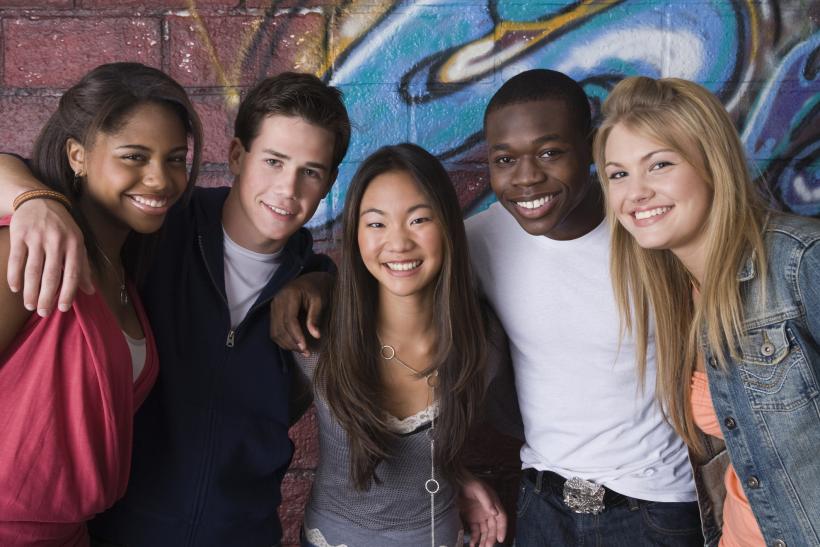 We are all different, as we come from different backgrounds, experience different hardships, and come to have different perspectives on the world. Image: Thinkstock.

To say that tensions are high right now would be a colossal understatement.

The election cycle, LGBTQI rights, gun violence, racist police brutality — these are only some of the current issues that have many of us divided and at odds with one another.

During this time, we often find ourselves discussing the things that unite us.

While this is an important topic, it also often comes at the cost of dismissing the things that distinguish us.

You probably see this happen most often in the Facebook posts of that guy you kind of remember from a party you went to three years ago. Usually, it goes something like this:

Can’t you see that beneath the skin we are all just the same? There’s only one race: human! We should be united over that and NOT the lines that divide us! Positive vibes :)

Is this correct? Technically. I mean, we DO all kind of look the same under our skin. We’re all gross skeletons covered by blood and muscle, which is actually pretty punk rock when you think about it.

However, we’re also very different — and that’s something that deserves to be celebrated, not swept under the rug.

Saying “we are all the same” is not going to unite us.

In fact, more often than not, it dismisses the struggles and hardships endured by people of different races, cultures, sexualities, and religious backgrounds.

Let’s make this very clear from the jump: The things that make you different are not obstacles that need to be overcome or pushed to the side for the sake of a shallow understanding of “unity between people.” Your cultural background, your sexual orientation and gender identity: these are things that make you uniquely you, and the diversity brought about by these different subsets of people is responsible for many of the world’s most important and wonderful developments.

There are important lessons in the histories of different cultures.

We can use them, the differences in each of us, to learn from each other what we can’t on our own —simply because we lack the insight and the experiences necessary to learn them.

There is great value in that. The poor treatment and oppression various minority groups have had to (and still) endure are capable of highlighting systemic issues that need to be addressed and otherwise never might.

Let's use an analogy.

Say everyone in the United States is using the same type of computer.

There’s one in every home, and it’s an integral part of living that needs to be used on a daily basis.

However, if the computer detects you’re someone with blonde hair, there’s a 1/100 chance you’ll be randomly shocked by the keyboard.

Now, if you’re not a person with blonde hair, you don’t have this concern. In fact, you might not even know this is a problem. How could you? Unless you know someone who fits that description and, even more unlikely, who happened to also be shocked by the computer, you might not be aware of this weird glitch.

However, if you’re one of the people getting shocked or are capable of being shocked, you only think one thing: We need to change the design of this fucking computer.

The notion that “we’re all the same” completely ignores the struggles, past and present, of people of all walks of life.

It ignores the subjugation of people of color, the burning at the stake of educated women, the maltreatment of anyone with mental illness, the horrors of being queer in this world — and this doesn’t even begin to address the problems that are still prevalent (if not getting worse with time).

As much as you want to believe people are all the same, we don’t have the luxury of being seen as the “default” in the same way straight, cis, white people often are.

I find this claim is made most by white, straight, cis people.

Now, there’s nothing wrong with being white or straight or cis. If you're any of these things, you can’t help who you are any more than I can, nor should you feel compelled to. You are who you are, and your identity and your culture is as valid and important as any other.

However, you lack perspective.

This is not your fault; it’s simply a byproduct of who you are. People of color, queer people, trans people, and women experience the hardships and horrors of injustice firsthand.

We don't need to be told the system is broken — we've lived that truth. As a white, straight, cis person, you can be aware of racism, but you can’t know exactly what it feels like.

You learn of it through writing and history books. I learned it by being called a “spic” by a NYC cop after he “randomly” searched my backpack.

We aren’t even just talking about the privilege of not being shot down in the street while minding your own damn business.

We’re talking about the privilege of being able to ignore these things.

Racism, homophobia, transphobia, Islamophobia: These are all still very real problems that affect our lives in very real ways.

There may come a time when we transcend these problems, when the deeply rooted systemic issues are a thing of the past and we can all hold hands and sing “Kumbaya” as we skip off into the sunset.

However, that time is not upon us, or even anywhere near us.

Instead of saying “we are all the same,” we should say something more like:

“We are all different, as we come from different backgrounds, experience different hardships, and come to have different perspectives on the world. However, this is not a bad thing or an inconvenience to our unification — in fact, it has the capacity to teach us more about views of the world we’re incapable of learning because we aren’t from other backgrounds. We should embrace and learn to appreciate the differences of others and encourage them to thrive, leading us to a more understanding, patient, and culturally rich society.”

It’s not nearly as snappy, but I think it’s more accurate.