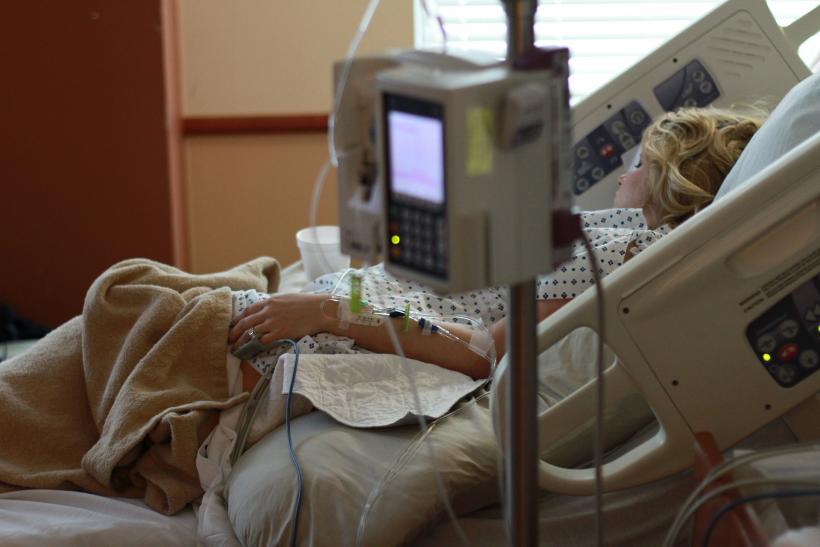 It is a 'myth' that Catholic hospitals will make exceptions for emergencies. Image: Parentingupstream/Pixabay (CC0 1.0)

A shocking new reports exposes rampant discrimination and denial of life-saving treatment in 1 of 6 hospital beds.

Abortion. Tubal ligation. Fertility treatment. In the one-out-of-six hospital beds across the country that is run by a Catholic medical institution, these vital forms of health care can be denied to patients on the basis that they have been rejected by bishops.

Two reports released last week by the American Civil Liberties Union (ACLU) and MergerWatch find that, even though Catholic hospitals receive billions in taxpayer dollars, they systematically deny critical care, even in cases where the patient’s life is threatened.

Hundreds of U.S. hospitals comply to varying degrees with ethical directives issued by the United States Conference of Catholic Bishops that ban a huge swath of services, from miscarriage treatment to sterilization.

The authors of the ACLU report — Julia Kaye, Brigitte Amiri, Louise Melling and Jennifer Dalven — explain that hospitals’ compliance with these directives have led to a litany of nightmare scenarios, in which patients were denied life-saving care and physicians prohibited from providing critical procedures. Here’s one example:

In the spring of 2015, Dr. AuTumn Davidson was called in to the University of Illinois Hospital in the early hours of the morning to perform an emergency abortion. The patient was 19 years old and about 19 weeks pregnant, with a subchorionic hemorrhage causing heavy bleeding. The patient had sought emergency care at two different Catholic hospitals during the previous week, but neither would perform an abortion — even though she was bleeding so heavily that one of the hospitals gave her a blood transfusion before sending her home.

She told us that someone at the second hospital had whispered to her that if she wanted an abortion, she could go to another hospital,” Dr. Davidson recalled. “When we admitted her, her hemoglobin was at 6 instead of at 11 or 12, where it should have been. She and her partner just kept saying that they thought she was going to die.

The authors argue that it is a “myth” that Catholic hospitals will make exceptions for emergencies. “In 2010, St. Joseph’s Hospital and Medical Center in Phoenix, Arizona, provided a life-saving abortion to a mother of four,” they write. “That hospital did the right thing — but the [United States Conference of Catholic Bishops] did not agree, and it stripped the hospital of its official Catholic status.”

As MergerWatch authors Lois Uttley and Christine Khaikin point out, this harmful denial of care occurs on a large scale. “As of 2014, 14.5 percent of all acute care hospitals in the United States are Catholic owned or affiliated,” they write. Meanwhile, in Alaska, Iowa, Washington, Wisconsin and South Dakota, “more than 40 percent of acute care beds are in hospitals operating under Catholic health restrictions,” they note.

In some locations, such hospitals are the only option. “There are 46 Catholic-restricted hospitals that are the sole community providers of short-term acute hospital care for people living in their geographic regions,” the MergerWatch study notes.

Tamesha Means experienced this limitation first hand when she sought care at Mercy Health Partners, which is the only hospital in her county. The ACLU report states:

Tamesha was 18 weeks pregnant with her third child when her water broke. She rushed to the nearest hospital, which is operated by Mercy Health Partners in Muskegon, Michigan. Because she was only 18 weeks along, the pregnancy was not viable. Ending the pregnancy would have been the safest course of action, but the hospital’s religious policies forbade it — so they gave Tamesha two Tylenol and sent her home without telling her that there was virtually no way she could give birth to a healthy baby. When Tamesha returned the next morning, she was bleeding, in severe pain, and showing signs of an infection; again, she was turned away. Even after she returned a third time, in excruciating pain, the hospital staff began filling out the discharge paperwork. It was only when Tamesha began to deliver that the hospital provided care. The baby died within hours.

Even if a patient resides in a location where other hospitals are in close proximity, that individual might not have the option of accessing these services due to insurance barriers. Furthermore, many are simply not informed that their care is being curtailed by religious directives until it is too late. “Angela Valavanis, for example, did not learn that her OB-GYN was prohibited from performing a tubal ligation at Presence Saint Francis Hospital in Evanston, Illinois until she had already been in labor for three days and was being wheeled in for her C-section,” the ACLU authors write.

While the ACLU report emphasizes potentially deadly human rights violations perpetrated by hospitals, it also raises troubling questions about the large-scale denial of self-determination and informed consent for all patients — whether or not the procedure they seek is life-saving. The restrictions imposed by bishops and the hospitals that affiliate with them are a disturbing reminder that reproductive rights are not just a matter of law and government policy, but also of access.

“When a pregnant woman seeks medical care at a hospital, she should be able to trust that decisions about her treatment will be based on medicine, not religious policies,” said Ruth Dawson, a staff attorney at the ACLU of Southern California. “Women are shocked to learn they don’t have access to basic healthcare based on religious directives written by the US Conference of Catholic Bishops.”

Sarah Lazare is a staff writer for AlterNet. A former staff writer for Common Dreams, she coedited the book About Face: Military Resisters Turn Against War. Follow her on Twitter at @sarahlazare.

If you like this article, please share it! Your clicks keep us alive!
Tags
abortion
catholic hospitals
anti-choice
reproductive rights
alternet