Trump Wins Big At The Polls, All While His 'University' Goes To Trial For Fraud 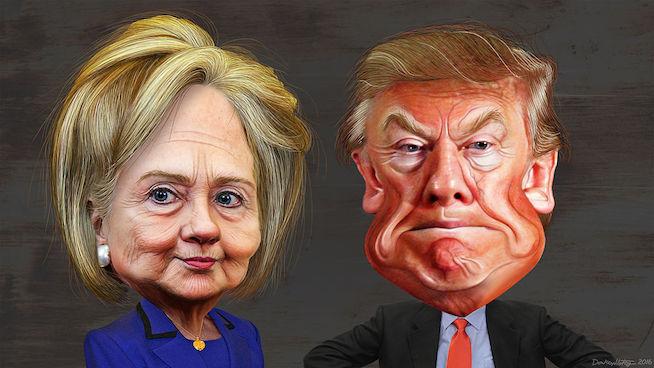 Yesterday was a smashing success for Donald Trump in the Presidential Primary. Of the five voting states — Connecticut, Delaware, Maryland, Rhode Island, & Pennsylvania — Trump won all five, with his biggest non-NY margins yet. It was Trump’s grandest victory to date, and puts him just about 300 delegates shy of winning the Republican nomination outright.

But this week was also a loss for Donald Trump.

A judge in San Diego ruled that a hearing on a fraud case against Trump University will convene July 18… which just so happens to be the first day of the Republican Convention.

There is a separate case against Trump University unfolding in New York, where Trump is also in trouble for wrongfully using the word “University,” when his school was not approved as an accredited institution.

But the charges against Trump are manifold. Former students claim they were duped into borrowing up to $35,000 to attend the fake school, under false advertising that promised “hand-picked” instructors who would teach them the way to real estate stardom.

One of the instructors was a convicted felon. Another was a former Buffalo Wild Wings manager. Not knocking the chicken wings here, but the correlation between restaurant managing and real estate savvy is lost on this writer.

So there’s the “Outsider” Donald, who won Republican voters over in Connecticut.

And there’s the Donald with several court cases pending against him.

There’s the “Tells It Like It Is” Donald, who won Republican voters over in Delaware.

There’s the “Bold” Donald, who won Republican voters over in Maryland.

And there’s the Donald who is viewed negatively by 58% of male voters, and a whopping 70% of female voters. (And remember, folks: women vote in larger percentages than men).

There’s the “Winning” Donald who won Republican voters over in Pennsylvania.

And there’s the Donald who loses in every head-to-head matchup against Hillary Clinton.

There’s the “Politically Incorrect” Donald who won Republican voters over in Rhode Island.

And there’s the tyrannical Donald who, as Glenn Thrush writes in Politico, “…won’t read a briefing paper, won’t pass up an opportunity to heckle a chump, won’t use decent grammar, a competent hairdresser or a polysyllabic speechwriter.”

On to the Democrats...

Despite the groundswell of Bernie Sanders’ support, and his streak of wins in seven of the last eight voting states, last night was a rocky one for the Vermont Senator.

Sanders won only one state — Rhode Island — losing to Clinton in Connecticut, Delaware, Maryland, and Pennsylvania.

Still, Sanders vows he is going to stay in the race, perhaps under the idea that he can convince super delegates to switch over to his side. In current polling, Sanders beats every potential Republican contender by the biggest margins.

But Sanders has not been under the kind of relentless criticism that Clinton has faced. (Just last night, Trump claimed that Clinton might not even get 5% of the vote were she not a woman).

Being battle tested is a premium quality for super delegates, who are the Democratic Party faithful, and will look to vote for the candidate with the most potential to appeal to a general electorate.

That person is, and barring some catastrophic event, will be, Hillary Clinton.

If you like this article, please share it! Your clicks keep us alive!
Tags
Hillary Clinton
bernie sanders
donald trump
Donald Trump University