The “Perfect Attendance” Award: Are We Promoting Suffer-Culture? 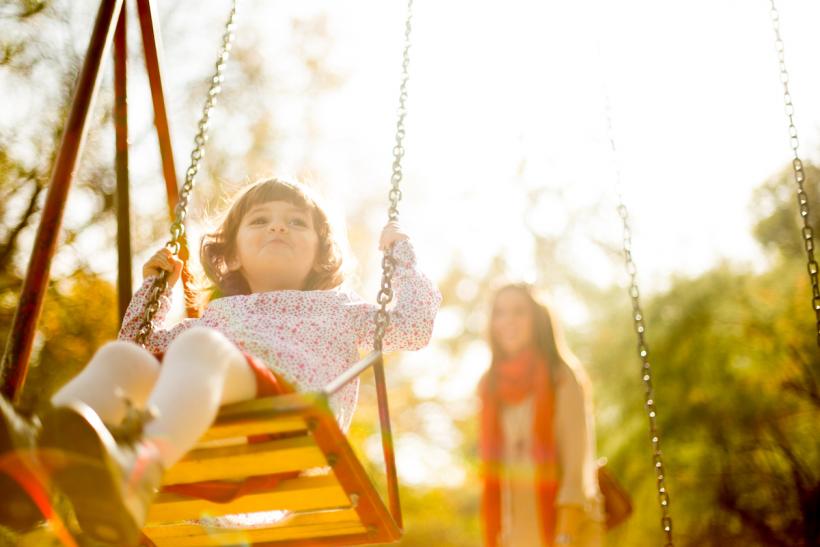 Wednesday, besides being the middle of the week, is the second day that my husband, my partner, the person who gives the baths and reads the bedtime stories, is gone. He’s gone for three days of the week, Wednesday being the first morning after the first night of his absence.

The literal worst day of the week.

It’s bad for me, because solo-parenting is stupid, even if it’s only three days, and it’s bad for the kids, well, mostly because it’s bad for me, but also because they miss their dad. We’ve been doing it for seven years, which hasn’t made it any easier, and is why Wednesdays are so awful.

They used to be mildly awful and even occasionally tolerable, but since Ella, our six-year-old, started school, Wednesdays have become exponentially worse. They would probably be bad even if Ella were just a regular kid, but she’s not just a regular kid.

Ella has selective mutism. For the first 100 days of her first year of school, I, too, went to kindergarten. That was the only way she’d even set foot in the class. Some days it was all we could do to get to school at all, much less on time. Some days we couldn’t get there at all.

I grew up in a suck it up, push through, no pain no gain culture. As far as I can tell, all of that effort has only caused me very little sleep, a lot of stress, a cortisol imbalance, and more than one nervous breakdown.

At the end of the first trimester (which makes school sound a lot like a pregnancy?), the school celebrates students with perfect attendance with some kid or Super Fun Reward. I don’t know what the Super Fun Reward is because we weren’t invited to participate. We were not invited because some days Ella just can’t get to school. She was also sick two days in January with a nasty plague-cold.

When my kids have a nasty plague-cold, I keep them home, not just because they are actually ILL but also because it is SO NOT COOL to take a virus and spread it around a school via explosive sneezing resulting in an expulsion of death mist.

Also, sometimes I keep my kids home just because.

When I was 16-years-old (and having my first manic episode), I was working 30-35 hours a week assistant managing a small clothing store. I was taking a full AP class load (four or five classes). I was involved in a number or extracurricular activities — you know, just the stuff you need on a college application to get into a competitive university, so EVERYTHING.

It was GREAT! All caps GREAT!

I was doing it all; I was “tough” and “dedicated” and “committed.” Everywhere I looked, someone was telling me how awesome I was. And I was. I was so so awesome.

Right up until I literally passed out in first period AP Chemistry. It might have been second period; I can’t remember because the whole of 1991 is a blur, lost behind the ten thousand things I was doing. No one ever thought to consider that I was doing too much, not me, not my parents, not the school. Everything was great, right up until I fell face first into an experiment I can’t remember that thankfully didn’t involve any fire (and Jordan, thanks for catching me before I hit the tile. You probably don’t remember, but I do.)

And to all of that, I say this, I’m not teaching my kids that school isn’t important, I’m teaching them that they are more important than school.

Suffering is America’s favorite thing to do. We starve ourselves to lose weight, and we’re a success story. We don’t sleep, and we’re just getting SO MUCH DONE. We do a thousand things a day and involve our kids in a thousand activities, because somehow, in some perverted way, that makes us successful.

I grew up in a suck it up, push through, no pain no gain culture. As far as I can tell, all of that effort has only caused me very little sleep, a lot of stress, a cortisol imbalance, and more than one nervous breakdown.

If you like this article, please share it! Your clicks keep us alive!
Tags
parenting
Kids
education
school attendance
award
perfect attendance
suffering
over achiever